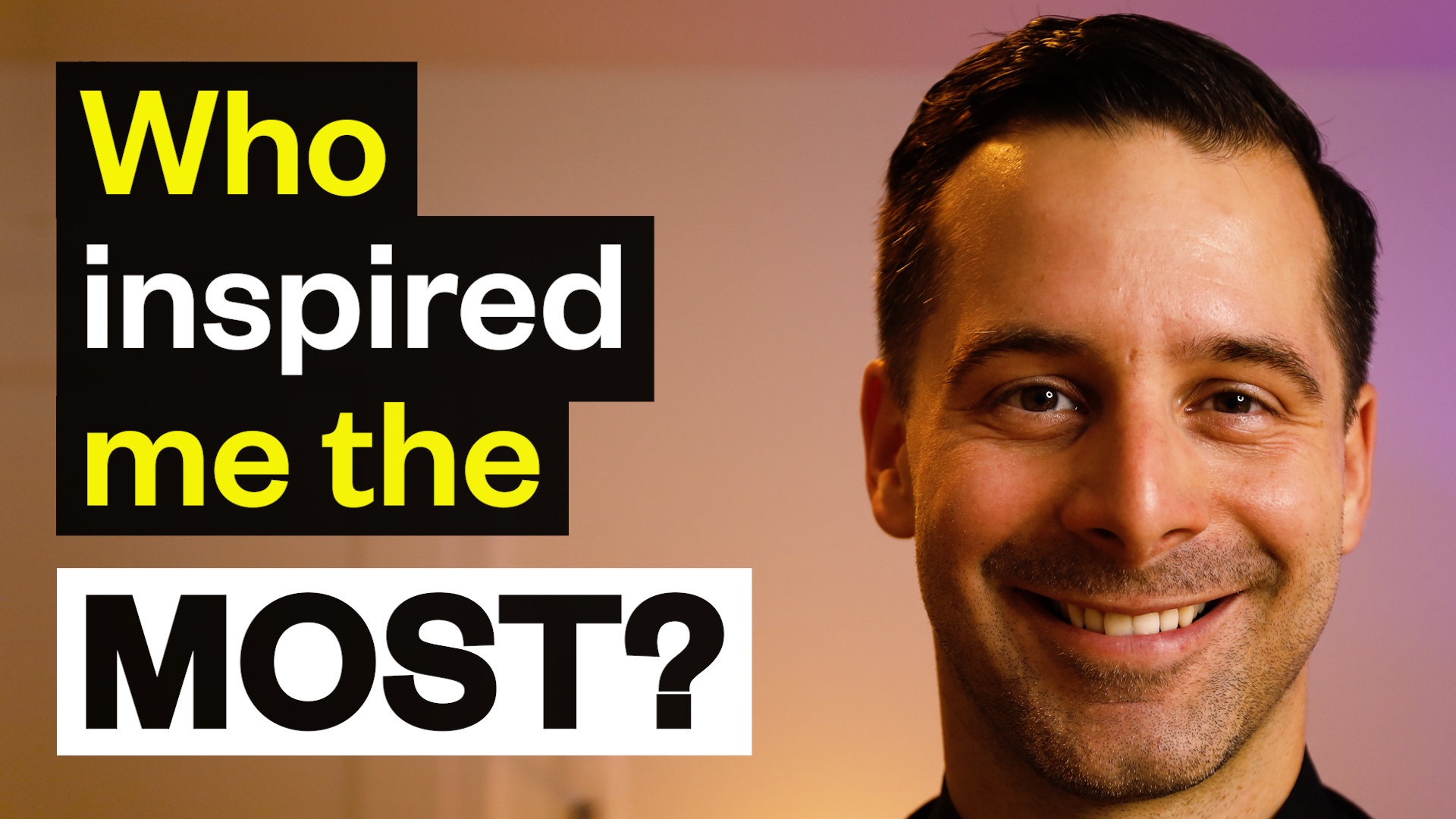 There’s a great deal to learn from people that take significant risks, whether they succeed or not. Here are some lessons that I learned from those people along the way.

Hey, I just spent a few weeks in the Air Force, that’s something that’s still mandatory for Swiss male living in Switzerland. Apart from being in operations and learning interesting stuff, I also got to chat with quite a few soldiers I hadn’t known before because you’re sitting in an operations room, you don’t have access to your mobile phone. And so you have some time to chat with each other. One of the questions that he asked was who has inspired me to become a minimalist and be to become an entrepreneur or now investor? And it’s a question that I get from time to time, and as a first remark, I don’t believe in aspiring to become someone else. I don’t think there’s any value in trying to become a copy of Bill Gates or a copy of Benjamin Franklin or whomever you might find inspiring. I think we all have our own journeys. We all have a very unique set of experiences and learnings that we bring to the table, and it isn’t realistic nor healthy to try to imitate someone else. However, I believe that smart men learn from their own mistakes, but wise men learn from others. And so it only helps us to read and listen to and learn as much as we can about other people’s journeys and what they are willing to share in order not to have to make the same mistakes, the same learnings by ourselves.

So when it comes to who has inspired me first on the Minimalist site, there are not that many people that I followed or read about before I decided to get rid of my stuff. My intention was not to become a minimalist for me was merely a tool to just get rid of stuff that was dragging me down and be able to more flexibly spend time where I wanted and where I thought I could contribute the most value and learn the most.

So I’ve never seen Marie Kondo’s Netflix show, I’ve never read Greg McKeown Essentialism book, and I’ve also listened to very few podcast episodes off the Minimalists. Now those are from what I’ve heard great sources if you’re planning to declutter your life. All I’m saying is for me that that was never the inspiration for me. It was just always a tool, just a clear path to becoming happier and being able to spend more time on the things that I value.

On the other hand, becoming an entrepreneur from a very young age, I have been inspired by people like Benjamin Franklin, Elon Musk, Bill Gates, Steve Jobs, all these legends that have created massive empires and have changed the way we live our lives. Apart from them. I really enjoy reading profiles on Silicon Valley entrepreneurs, in general, being a Jack Dorsey or Evan Williams, or countless more. I’ve been just as inspired by reading about examples where things haven’t gone according to plan like Theranos, a book that covers the journey of Elizabeth Holmes and the company as so famously failed. That’s just as inspiring to understand what works and what doesn’t work.

Inventors in this world

So there’s definitely been a lot of people that I’ve been inspired with. In general, I would say the inventors in this world, the people that are willing to take the extra step and go the extra mile is who’s always inspired me as a kid and as a young adult, and even now. If I had to pick just one person that stood out, it would be Richard Feynman. Richard Feynman was a physicist that worked on the Manhattan Project; that project eventually led to the development of the nuclear bomb. The reason that he was so inspiring to me and kind of forming when I first read the book when I was in my teenage years, was not really what he had done, but how he had approached life. He had fought quite a few tragic events in his early life. His first wife died when she was still very young, and just a way of him never seeing anything as a problem, but rather as a challenge to overcome hard times and to grow and to learn from everything that life threw at him and also dealing with that he felt he had some part in what the atom bomb had cost in the world. The way he approached all of this with a lightness and a light heart and, to some degree, very positive thinking. That was something that truly inspired me and what still drives me every single day to see every challenge not as an obstacle but as an opportunity to learn.

So there you go. I think in general, there’s not one person that I’m inspiring to be or that has inspired me. But I do like people that took big risks, and in most cases succeeded. But also, I find it even more interesting to look at the cases where that’s not the case. And the one person that really stands out is Richard Feynman, a physicist that unfortunately has died, I think about ten years ago, but watch some of his videos on YouTube read his book “Surely you’re joking, Mr. Feynman.” I just really enjoyed reading that and seeing how he approached life.

Now I am curious to hear who has inspired you if there’s some guiding figure in your life, whether it’s someone that you know, personally or someone and that you’ve read about or watch the video about, please let me know in the comments. And if that have a beautiful day, stay curious. We’ll chat soon.

Why is everything I own BLACK?
Swisspreneur: Live Q&A with Silvan Krähenbühl & Cédric Waldburger

Live Life To The Fullest: Happy It Wasn’t My Time Yet!