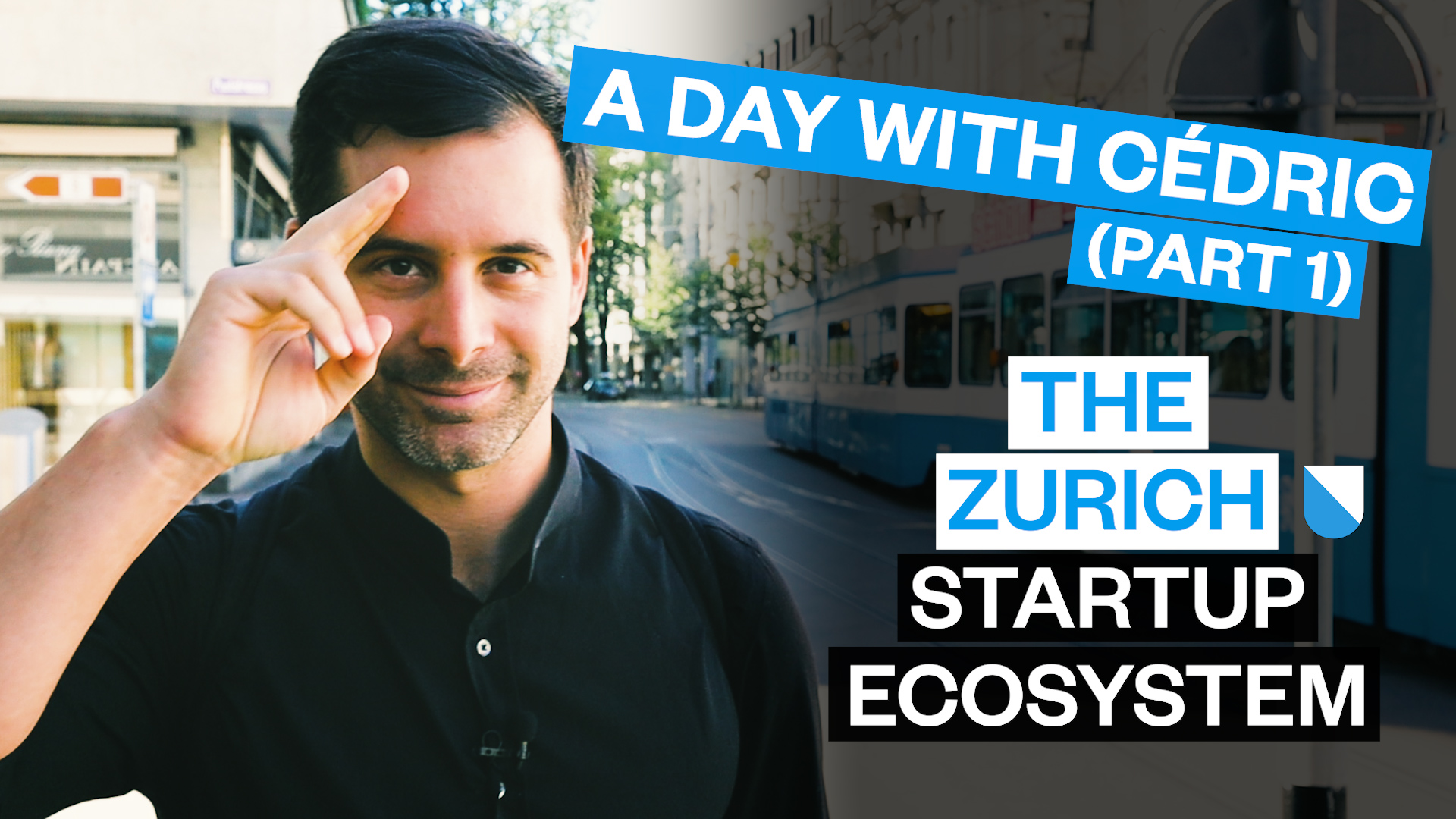 How does a typical day in the life of a VC look like?
My friend followed me with a camera for a full day. Join me for part 1 in this episode – where we chat about the Zurich ecosystem, meeting co-investors, and how important it is to get your daily dose of activity.

Hey everyone, today we’re trying something slightly new. Today I have someone else behind the camera. And normally this just stands on my desk. Today I have Marcel following me around on my pursuit to make the life and work of a VC a bit more transparent. So, Marcel is going to be looking over my shoulder today as we head over to meetings and have calls and talks to potential candidates that are currently in the process of joining us. So with that, without much further ado, let’s go and let’s see what this leads to.

So we’re in the center of Zurich today where. I’m going to meet a few people. Most of the meetings were held remotely during. COVID. Some of them still are. For example, I will have a board meeting this afternoon that’s done remotely. But also a couple of times a week I now come to Zurich or any other city to meet potential investors, startups, people we might potentially partner up with, to meet face to face because sometimes it is an extra layer of information and it’s good to meet in person. And now that things are more or less under control here in Switzerland, it’s become more and more possible again.

So let’s go. In terms of startup activity within Switzerland, I’d say Zurich definitely is one of the hubs. There’s probably another hub around the bigger universities, there’s one in St. Gallen, EPFL, probably a few more. But overall, I’d say Switzerland is so small that it doesn’t really matter where you are, where you’re based. I think you have the same kind of access to capital and other resources that are important in order to get your startup up and running.

For me personally, definitely, Zurich gets a bit of a hub because I live close by and we meet a lot of the core investors here as well. Wingman Ventures, Redalpine, Creathor, and a few more funds are based in Zurich are very close by. So for us, this is a convenient location to have meetings if we do have in-person meetings. Besides the universities that bring a lot of talent, there are other few factors that make Zurich a pretty attractive location. There’s also Facebook and Google, Facebook with Oculus now.

I think Apple has a research center now, there’s the Disney lab, there is a lot of talent that comes together in Zurich. There’s a lot of upsides, a lot of smart people meeting here that potentially have ideas on how to change the world through building startups. But there are also downsides. The cost of living in Switzerland is not cheap and these corporates are often able to offer much, much higher salaries than startups are able to, especially in the first few years. And so sometimes there’s a bit of a war on talent in Zurich. And what we’ve seen in the past is that a lot of companies have opted to have their headquarter here in Zurich, but then have their development office or some other staff either in Berlin or Portugal or even somewhere in Eastern Europe like Ukraine.

So now, another interesting dynamic is that I’m working towards Paradeplatz right now, which is kind of like the heart of the Swiss banking system and even though banking and the financial industry, in general, is so dominant in Zurich, It’s interesting that it seems that the next wave of financial tech seems to not be situated in Zurich but in Zug. And that is because a few years ago, Zug was among the first places in Switzerland and in the world, in general, to give decentralized companies, blockchain-based technology companies, a legal framework for how to deal with cryptocurrencies and blockchain-related or blockchain-based assets. And so what we’ve seen in the last few years is that while there’s a lot of talent in Zurich, more often than not, companies in that space have opted to base themselves and domicile themselves in Zug – which is about 30 to 60 minutes from Zurich depending on what way of transportation you use.

Alright, so I’m going to head into a cafe over here to meet someone that has in the past lead a private bank. That’s a meeting that I, unfortunately, can’t take you with, but I’ll see in about an hour after I talked to the person.
So I was meeting a co-investor, someone that’s also invested in venture cases. They’ve started investing about 15 years ago. And I’m always grateful for the opportunities to meet someone that has been in the space and is still active for longer than I have been. My first investment is only seven or eight years old. So it’s always a very good opportunity for me to learn and exchange ideas, not only about what has happened in the past and share experiences, but also think about how the future will look like, especially now during a time of COVID. It’s always interesting to think about how will the space look like? Will big funds be able to raise the same amount of money that they have in their funds right now in two or three years down the road? Right now, we don’t see much of a change when it comes to startup funding because all these big VC funds, they do have a ton of liquidity that they want to deploy. But of course, it’s interesting to think about how COVID will affect that mid to long-term.

Okay, now we got to run over to Balboa for a workout. I always want to make sure that I do quite a bit of activity each and every day because I feel that there’s a lot of correlation between my mental fitness and my physical fitness. So let’s go. So there’s obviously a few downsides to Zurich being as small as it is. One of the biggest downsides, I think, is when startups do start out here, there’s a very limited market that they can market to. On the flip side, and one thing that I really like about Zurich is that I can pretty much walk anywhere, get anywhere within just 10-15 minutes. And that makes my days in Zurich very efficient. I can tackle it with like five, six different meetings. Whereas in some bigger cities, even like Berlin where it takes a while to get from A to B, sometimes you end up just having a couple of meetings in an afternoon. Good timing! That was a very good, good break over lunch, now I feel refreshed, ready for the afternoon meetings.

Typically I split my days. In the mornings, I have more “think time” and time to work on long term stuff. Then I take a break and now in the afternoon,. I take reactive meetings. So I’m going to head to a place where I can take a call. We’re talking to a potential hire right now. And then afterward have a longer board meeting.

The Pros of Starting A Business Without An Office
A Day With a VC (Part 2) – Hiring Process, Board Meetings & Calls

Tips On Booking Hotels From Someone In The Airline Industry!