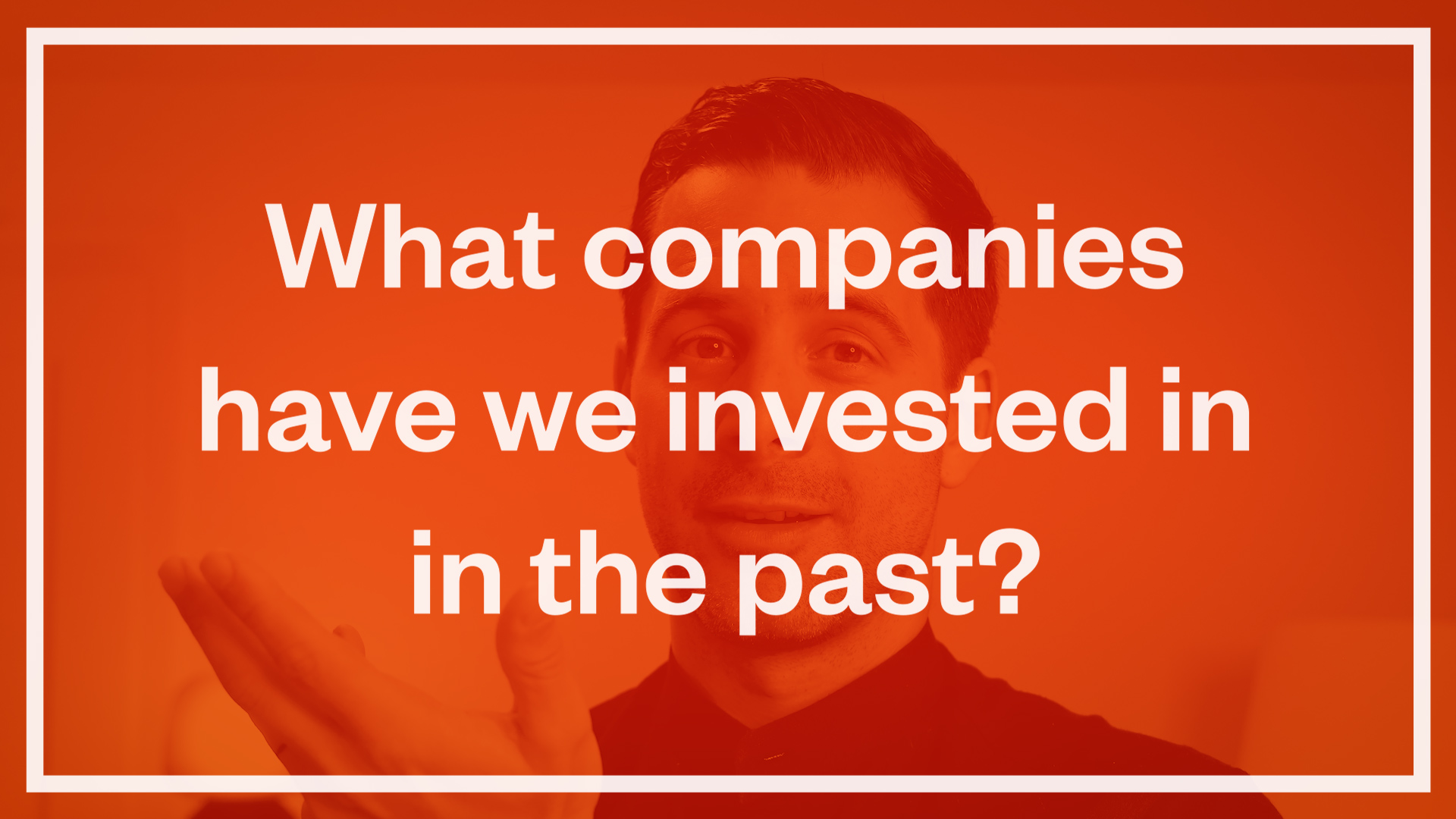 In this video, I present some of the companies Tomahawk.VC has invested in, as well as companies that I have invested in through Tenderloin Ventures.

Number one is Buynomics.com. Buynomics.com is a B2B SAAS pricing tool for modern companies, especially companies that have a lot of transactional data, something like telecom companies or storage or web hosting, can profit from a solution like Buynomics.com to more accurately price their products.

Company number two that we invested in, is Lano.io. Lano.io is a dashboard to manage your freelance workforce. And it takes out the hassle of working with a lot of freelancers and all the headaches around regulation and thinking of how to properly pay them and make sure wherever your freelancers live or are domiciled that you adhere to the legal standards in that country. So Lano.io takes a lot of that hassle out of the process and makes it easily visible and manageable all in one dashboard.

Company number three that we have invested in is Locatee.com. Locatee.com is building analytics. Basically, it provides you as a building manager or a CFO of a company that has a large real estate portfolio with very accurate data about how your buildings are used. Where do people most often spend their time, how often do they enter and leave the building? How many days a week do they spend in a building and so on and so forth. Why would you want to know that? Well, some of Locatee.com customers found out that, for example, they had five buildings in a given city. And in the end, they realized they could actually do with just four because a lot of their workforce was constantly out with clients or working from home. And therefore, there was a whole building that they didn’t need to pay for and maintain because they could host all their employees in the remaining four buildings.

And then the last company that we’ve invested in so far, it’s not a B2B SaaS, like the other three, but it’s a decentralized finance company, company called Liquity.org. Liquity.org actually just launched. This is the beginning of May right now. And Liquity.org is a decentralized borrowing, lending, and stable coin protocol. There are other competitors in this space, one that you might have heard of is Maker or Compound. But Liquity.org has some very elegant changes and innovations. And that’s why we decided to invest in Robert and his team, and we’re excited to see yet another stable and lending protocol come online.

Number one: niche markets with a high margin in Switzerland in eCommerce. And part of our portfolio is Farmy.ch. Farmy.ch is a farm-to-table eCommerce site. So what you order today might still be on the field at a farmers’ farm, and tomorrow you can already receive it at your home: fresh eggs, great vegetables, lots of great produce.

Another example from that basket is Amorana.ch. Amorana.ch is online sex toys. The vision of Amorana.ch is that everyone should be able to fulfill their full sexual potential. And so they invest a lot of time, energy and resources into making sexuality and sex toys less of a taboo but provide people with a lot of education, with a very clean and simple interface to browse products and compare them.

Then the second bucket was a bit less clearly defined as companies that once they have scaled, conserve 1000 to 10,000 additional customers by just hiring one more staff. So companies that typically use a lot of automation, a lot of tools that scale themselves, and an example of that pool is Jodel.com. Jodel.com is a social app where people can post advice and questions about their surroundings. It’s a hyperlocal social network, everyone’s anonymous, and people not only share funny stories that happened but also a lot of tips that apply to their current surroundings.

And the other two examples out of that bucket where Zenjob.de. Zenjob.de is, so to say, the modern student job. It gives you the ability to work a number of different professions even when you’re a student. And on the other hand, it gives the companies that hire those students, the ability to rate people to be very flexible with shift planning, and to feather out those spikes that sometimes happen where you have very high or very low demand.

And then the last one that I mentioned is Frontify.com. Frontify.com is a B2B SaaS tool that helps your company manage your brand across hundreds and thousands of people in your company.

So with that, I’ll talk to you soon, and please stay curious.

What does ‘global-first’ mean and entail?
Why have I given up on owning as many things as possible?