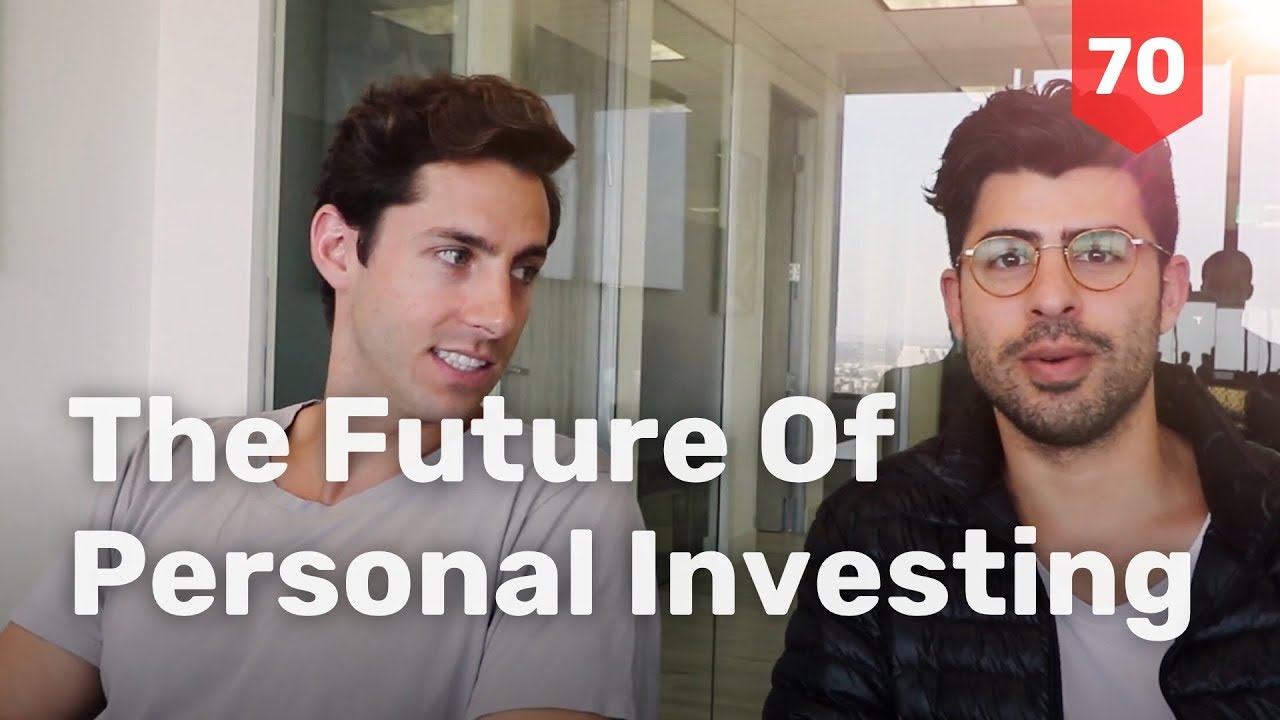 After arriving in LA, I met with my friend Ron who’s working on ‘Round’ (www.investround.com). Round is an app that brings the investment experience that you would usually only get if you are able to invest tens of millions of dollars, to investors of any size. Dive in to see how they leverage technology to bring that experience to the masses.

So now I’ve been up, getting some work done. And today it actually doesn’t matter that much that I have a bit of jet lag and it’s actually nice getting so much sleep. Finishing my workout now and I’m gonna pack, I’m gonna head to the airport… So I’m flying to Los Angeles at 8:20 this morning out of an airport – Baltimore Airport – that is about an hour away. So just in time to get started with my day.

So I’ve just arrived at BWI Baltimore Airport and I’m about to fly to Los Angeles, California. It’s gonna be a 6-hour flight. Plenty of time, it’s 6:20 right now. I am headed to California to meet another 17 people flying there from Switzerland today. And the reason why we’re all going is a bachelor party in Los Angeles, in Vegas, for our friend Danny.

My first Southwest flight was a great experience. Then I took the shuttle here and now I’m just picking up my car which we are gonna use to drive to Vegas. It’s not black. They didn’t have any black ones.

I’m off to meet my friend Ron. On the way, I have to do a couple of calls and then I am getting hungry. I’m gonna have lunch with Ron as soon as I arrive at his office. And hopefully, we’ll find some time to speak about his startup as well because he has quite an interesting product that he’s currently developing.

LA traffic remains a bit of an adventure. I mean look at this street. It’s like four lanes each way and it’s not even a highway or anything, it’s just a normal street. So I’m happy I made it and I found parking and now I’m gonna meet Ron.

Talking to Ron and Saul about their startup

So I’m currently working from the offices of Round. Round is a startup that was founded by my friend Ron and his friend Saul. And they’re gonna tell you in a minute what they’re doing. But I just find it super exciting to be here. Being on the west coast is always… you just feel that you’re submerged in the worldwide startup ecosystem.

Saul: I was a boring old money manager for some time and I worked at a company right on the beach over there in Santa Monica. It was a beautiful view of the ocean but, you know, when I wasn’t looking at the beautiful ocean, I was looking at what was going on in the financial markets. And my company managed money for like large institutional investors.

Ron: The way that we actually started Round was in direct response to the first generation of the investment apps that came out. So with everyone else out there, you effectively get this static portfolio. Something that just sits there forever and it’s the same investment. Kanye West could be president in 2020 and you’ll still be invested in the same things. Even while… when Saul was working in the hedge fund, I was saying “how do I find someone who I can trust to manage my money?” Because I don’t have the time every single day to look at my portfolio and I don’t have ten million dollars to go put it in a hedge fund to have that be made.

So we were looking and we did research looking at wealth managers and investment managers and everyone. And it’s still just about the same thing. If you’re at a traditional wealth manager, they take your money, it’s all sales. They’ll funnel you in, they don’t really care about your investments. And every quarter they’ll give you an update and it’s not really dynamic, there’s nothing there. What they’re trying to do is build the relationship and build that trust and they do it well.

On the other hand, you have these Robo advisors that – they’ll take your money, really cheaply funnel you into these static portfolios where there’s no decision-making at all. And for them, it’s everyone is coming out with the same product right now. They’re saying “we’ll help you invest this way but this one’s for women, this one’s for Millennials, this one’s for older people…”

What’s different about Round

Ron: We’ve talked to the branding agencies that are helping a lot of these guys. They’re just taking the same thing and just flipping it, repackaging it and that’s it. The way that we’re looking at this world is saying: we’re providing real investment management where you have a team of people, kind of like with the traditional side, that you can trust, that they’re there. You see us, we give you these weekly messages or you can see who’s talking to you, who’s making the decision. But it’s kind of a one-to-many relationship.

Rather than having that one-to-one relationship where it’s not very scalable, we’re being proactive, we’re giving you the knowledge, we’re explaining to you what’s going on but we’re also the ones doing everything internally. And that just doesn’t really exist at the end of the day. There is no scalable way to invest in a customized way for a lot of people.

How does Round work?

Ron: You download the app, you go through the questions that we have (so it’s an onboarding questionnaire), and we ask you everything from your goals to how much you make, to how much debt you have – which is actually really important. And that really gives us an idea and feeds into our algorithm in terms of how we recommend a portfolio for you.

From there, this portfolio is actually managed by our team and that’s the big differentiator. Everyone else out there has like a way simpler onboarding questionnaire where it just says “are you risky or not?” and then just pops you in like one portfolio. For us, not only do we have a better idea of which portfolio to put you in, that portfolio is actually being managed by our team on a top level, specifically for your goals and who you are as a person. So that’s really what we’re trying to focus on.

A Minimalist’s approach to investing