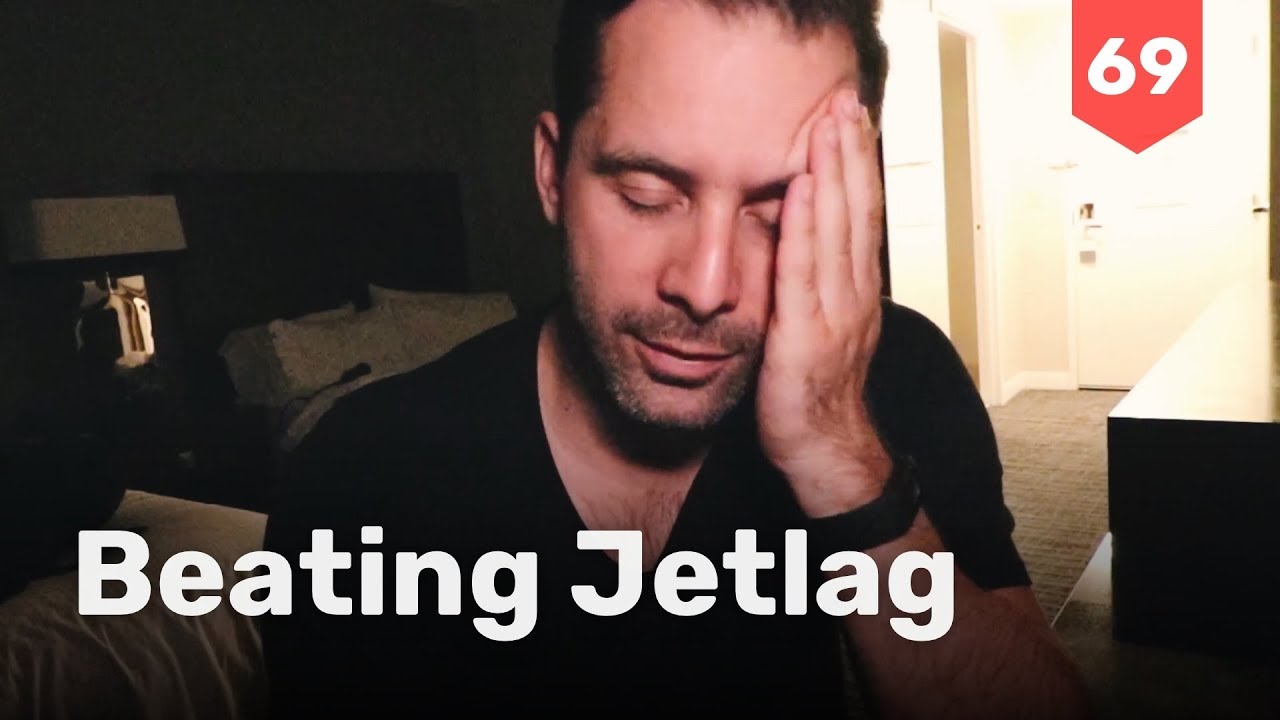 This time I’m really trying to beat jet lag. I flew from Zurich to Washington after very little sleep. Didn’t catch much sleep on the way over but powered through until my usual bedtime of roughly 10 pm. I fasted the day of travel and took one-third of a 3mg Melatonin tablet. See how the experiment worked out in the video!

This is the day after the wedding. I slept very little – about four hours. Which is great for my experiment and traveling to the US. It’s a daytime flight, this is where I usually get jet lag and so on this flight I’m gonna follow all the advice that I got from Liz, John, and Craig. So I’m going to fast the whole day, I’m gonna use melatonin and see if any of that helps.

So I spent a little time in the lounge. I got here early and now my flight is boarding. Today I’m flying to Washington DC for an EO meeting. Roughly a nine-hour flight from Zurich to Washington DC.

I haven’t been to DC in a while. That’s my plane by the way.

Looking forward to seeing the city and hopefully will find time to meet a few friends that I haven’t seen in a while.

I traveled to Washington today. It was about a nine-hour flight, six-hour time difference. Almost 11:00 p.m., it’s 5:00 a.m. back in Europe. I powered through the day, probably slept like two or three hours on the flight over.

So I’m now worried about getting to sleep and falling asleep. Also, I’m worried about this first night to stay asleep. I think that problem usually happens the second or third night once I’ve shifted time cells.

Nevertheless, I’m gonna give these different strategies a try that Liz, John, and Craig mentioned. And part of that was taking melatonin. So I bought these little 3-milligram melatonin pills. But I’m gonna bite it and only take what I think will be about a third of the pill. And the reason for that is that the effect is roughly the same, whether you take one milligram or three milligrams. Or even less than 1 milligram should be enough and is the recommended dosage.

Why are stores selling melatonin in 3-milligram dosages?

That’s purely, like many other things in the world, because of money. Because dosages of one milligram and less for the purpose of beating jet lag is patented, whereas higher dosages are not.

The problem if you take too much melatonin is that your receptors could become desensitized. And if they do become desensitized then it might actually be harder for you to sleep even if you’re in the same time zone at some point. So…

About 1/3 of a tablet. Now I’m gonna finish up work, make sure I get back to all Slack messages. I’ll keep you updated on the progress of this jet lag experiment over the next few days. I plan to take melatonin for three days. After three days, it’ll be interesting to see if I can sleep through the night or not. That’s also when I’ll travel to the west coast. So the time difference will increase by three hours. So let’s see how this goes.

It’s the next morning and I slept pretty well, I have to say. I’m not sure if that’s due to the melatonin and the fact that I fasted yesterday or if it’s just because I was extremely tired. I woke up at about 7 which is perfect. I was up once during the night at like 3:00. But usually, the first night is not a big problem anyway. It’s usually the 2nd and 3rd night that’s more of an issue for me. So let’s see how the day goes.

I’m here for ACM which says for “All Committee Meeting”. This year I’m turning the MyEO committee of EO and we’re here to kind of strategize and create a roadmap for the next 12 months.

So I would say so far the jet lag experiment is going pretty well. I slept pretty well and not too tired. It’s 6p.m. which means midnight at home. I’m just about to head downstairs for dinner.

So with that, I would say it’s it’s a pretty successful experiment so far. Fasting plus melatonin. But let’s see how the next couple days go.

Having dinner in a cathedral

As always EO dinners are something special. Today we’re eating at the Cathedral. It’s quite the ride to get here but I’m pretty sure it’s going to be worth it. Excited to see what they have set up inside.

This is actually insane like I’ve never… I did not know we were going to have dinner in a church.

Alright! So we had a beautiful dinner, very, very nice location. Good food and now I’m so tired. I’m gonna take another third of a melatonin tablet.

Also, it’s all based on annual commitments. So chairman and president and all the committee chairs – they typically change every year. And with that, I’m definitely off to bed. I can’t wait to go to sleep and then I’ll talk to you tomorrow!

A Programming Language That Lawyers Understand
The Future Of Personal Investing?

Packing The 64 Things That I Own

My Top 5 Lifehacks To Double Efficiency