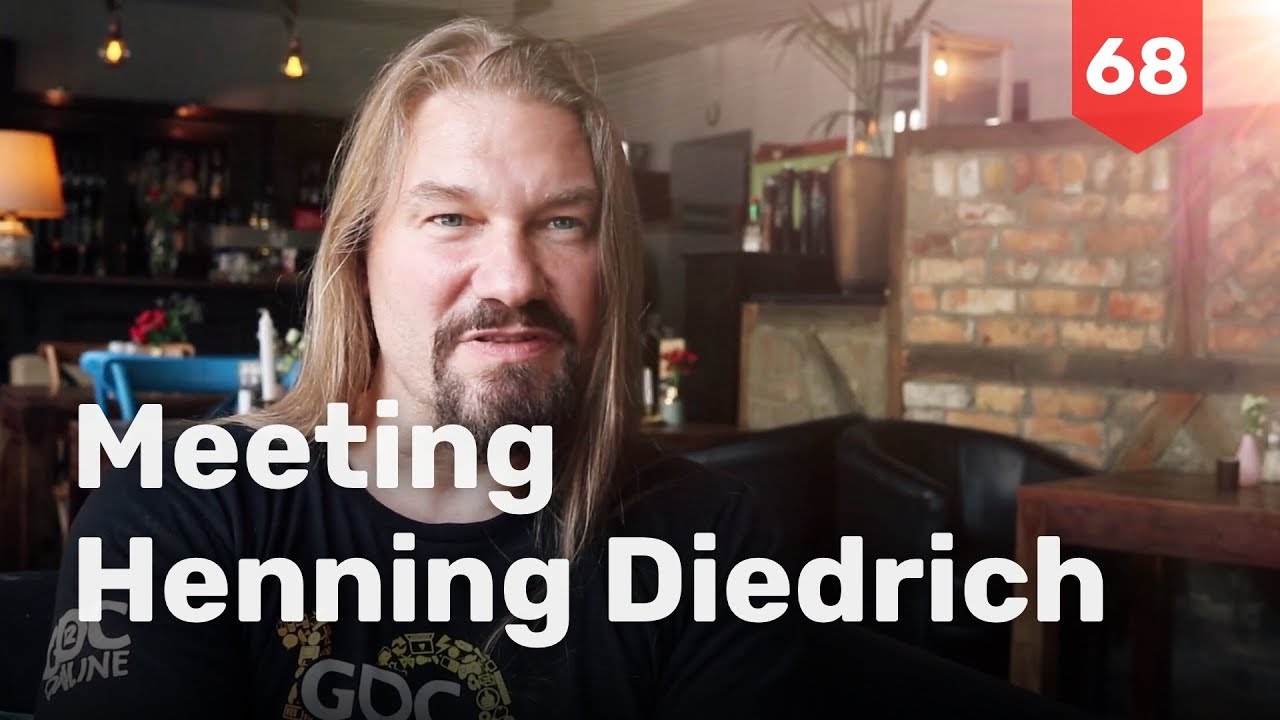 Henning Diedrich and I first met when we both worked at SumUp about six years ago in Berlin. We lost touch and got reunited about two years ago in Shanghai when we realized that we both ended up in the Blockchain space. At the time I had just started to work on DFINITY and he was writing a book for the Ethereum Foundation. It became the first official book on Ethereum. But today we talk about Lexon, a new Language that Henning is working on that can be read by both, people and computers. Why Henning thinks this will revolutionize law – find out in the video!

Time to start another beautiful day!

So today I’m in Berlin. What I really enjoy about being here is that it’s such a hot spot for smart people, especially in the blockchain space. I did not know that.

How I met Henning Dietrich

Henning used to live in Berlin. Last time we met though he had just moved to the west coast. He was briefly involved with DFINITY but he and I actually know each other from way, way back when I was still living in Berlin and used to work at a company called SumUp.

He is a very influential and knowledgeable person when it comes to the blockchain space. Henning was one of the first people to write a book about Ethereum. With that, he gave a lot of clarity or gave a lot of people an idea of what Ethereum is.

And so I want to use the opportunity today to touch base with him and kind of pick his brain on what he’s doing now, where Ethereum is in his work, where it’s going and where it’s been. So without further ado, here’s my conversation with Henning.

How Henning got involved with Ethereum

So before we dive into Lexon, I know there are a lot of people out there who want to get started with Ethereum or learn more about how it works and its inner mechanics. What were some resources or processes that you came to really value when you were writing that book?

Henning: I actually learned about Ethereum by sitting by, listening to the guys were inventing it and feeling stupid. At some point, you start to understand what they’re talking about because there was no documentation out there.

There were the original papers but even if you were reading them, of course, nobody had the patience to just explain you the nitty-gritty for this or that question, with exactly the level of detail that you need it.

So for those who have not heard about Lexon yet what is, what is Lexon? What’s the project
that you’re working on right now?

Henning: Building applications for the blockchain and how they tended to flame out because of… and they were going beyond the proof-of-concept level for sure. Talented people working on them, and a lot of ambition, and a good funding from big companies. They still flamed out in a certain way running up against a dozen or so problems that are not so often discussed.

You’re introducing a major roadblock. You’re introducing a major new direction that kind of doubles the number of problems you will have to get those contracts right. Because at the moment, you already have this interaction of business people who have a mindset of creating a sustainable relationship between companies and win-win situations. They have to go and explain to the lawyers what they want to be in the contract.

And then the lawyers, who have a very different mindset that’s much more zero-sum – “we win what you lose” – and who is actually crafting the real relationship between the corporate… different corporations.

The first idea that is championed by Lexon is to have a language that is actually understandable, at least accessible and readable, to the professionals in the legal domain. And this is something has been done before because ridiculed as it is SQL was an attempt to make middle management able to articulate themselves, what kind of analysis they want to run across the database.

And the process that has been established there’s that middle managers actually didn’t learn this programming language or this language, this data language, access language of SQL. You would have programmers checking on whether the middle managers would actually just blow up the database.

The most visible difference that Lexon is going to introduce – it’s a different language that is very human readable. It’s pretty accessible, you could compare it to COBOL which is a very loathed programming language.

What are potential applications of Lexon?

Henning: Yeah, so a very simple contract that the Lexon language is basically having a structure of a definition and a colon and then the explanation of that. So you have some basic suitably clear structure to that language but you don’t have to learn because you know what “if” means, you know what “else” means.

Beyond that then you have operators like + and – and stuff like that. But beyond that, you do not have curly braces. You do not have this fancy punctuation. A lawyer would actually not have a problem to understand intellectually, it’s just not going to happen.

The language is going to cater and going to provide sugar to the COBOL to people who are not inclined at all to go into programming.

A Lexon use case

What would be a use case for a contract that will exist in Lexon and thus also makes sense to mirror down to a blockchain or onto a smart contract?

Henning: So Lexon is completely general-purpose. You could have trade finance, you could have supply chain management, you could have escrow, last will, everything that has been a staple of examples to blockchain smart contracts.

And it’s also not, of course, going to replace like 200 pages of a Master Agreement and a big trade finance between these big companies and shipping or something. You would use Lexon to express the schedule, the actual meat of a certain contract which means – when does it have to be delivered, how much is it – everything that will actually differ from contract to contract but not the general terms of service so to say.

Just in general, Lexon is going to make smart contracts a lot more accessible. There is, on the one hand, the writing where I think anybody who has larger capacity is going to be able to write smart contracts in the end, even if they are not experienced in programming. Just from reading smart contracts within the Lexon, just to account, uncovering them in the wild basically… You will get a feel for how such a smart contract looks.

My reflection and a question for you

Reflecting on today, it was a very interesting day. I met a lot of people around Henning Diedrich and himself who are working on interesting projects. If you have any comments or questions or ideas of business models you think will be completely disrupted or accelerated 10x or more due to the fact that decentralized infrastructure will finally come live in the next few years, please let me know. I’m super interested to hear. And with that, I’ll talk to you tomorrow!

Today Is Not About Me Or This Vlog Project
Beating Jet Lag, An Experiment