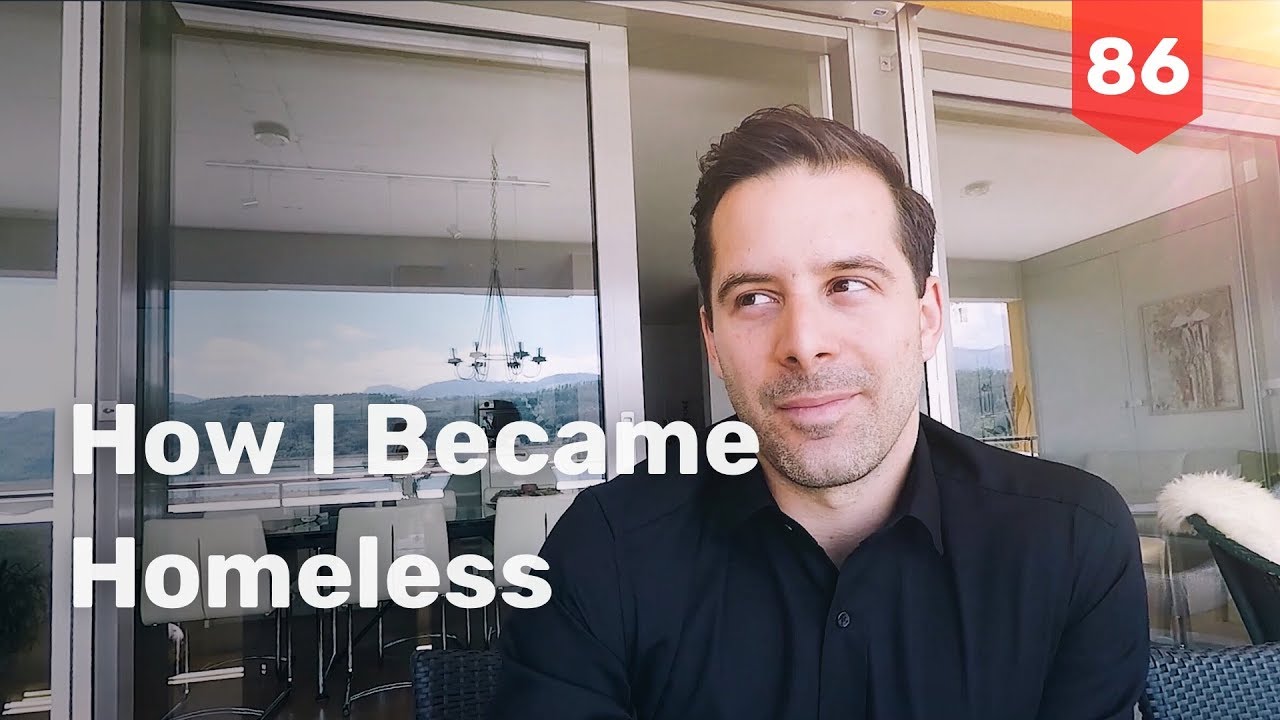 It was September 6, 2016, when I gave up on having a fixed home. I packed 64 things into my bag and left. Dive in to hear why and how I became homeless!

Hey! Today I wanna take the time to quickly talk about how I became homeless.

It’s been roughly two years, it was September 6, 2016, that I got up and I decided to pack my bags and never move back into an apartment ever since. I just wanted to talk a bit about what prompted that decision and how my life has changed since then.

So how much stuff did I own?

Quite some time ago, about probably like 5 or 6 years now, I was asked how much stuff do I own. It made me really curious. I have this weakness for questions that sound simple or very simple questions with a complicated answer. And that definitely fit this question. I had no clue how much stuff I owned. You know the question sounded so simple like it was fascinating to me to understand that the answered to that question was not obvious at all.

You can still find that spreadsheet today on cedricwaldburger.com/list. That’s the full list of everything that I own. So that started a long time ago and as soon as I had that list, I had a number. I saw how much stuff I own.

Even though I considered myself living with very few things already after I’ve moved from New York to London, Berlin and everywhere, I thought I didn’t have much. But I had probably 600 plus items at the time.

Another thing that I found interesting was that it took me at least two or three months to put everything on the list. Because there was stuff I would discover here or there that I did not previously know I had consciously.

So I had this list and now I had a number. And, of course, that triggered me to start thinking about like how do I get lower. Like, what is the stuff that I actually need like how low can I go without compromising on the experiences and connections that I can have in my life?

And so in September 2016 I just came back from I think it was a business trip to New York or Miami. I came back for just one night and the next morning I was gonna go to Amsterdam. That morning when I got up it hit me. I was like “why do I still have an apartment?” It kind of felt like I only came back to Zurich to be in that apartment and spend the night in an apartment there. Because if I’m already paying for it, I might as well use it, right. If I’m paying several thousand Swiss francs per month, I might as well use that apartment.

And that’s kind of when it dawned on me that I probably don’t even need an apartment anymore. And that’s when I moved out. That’s when I packed my carry-on, I think at the time it was probably 70 things, 70-odd things. And then after a week, I realized this is probably gonna be… live for a lot longer, this is not something that I can just do for a month or so; it’s something that I can do for longer. And I remember in October I, so roughly a month later, I went through my list, got it down to 64 items and I wrote a blog post detailing why I had given up on having more stuff.

It was just an experiment gone right

I got a lot of positive echoes and I felt like with all that support like there’s really nothing that can go wrong. I saw it as an experiment like I see many things in my life. Some go wrong, at least I’ve learned something, and some go right and I largely increase my quality of life.

And so it’s been that September 6 that was quite an influential day in my life. I gave up on having a home and I’ve never felt homeless since then. That’s the beautiful part. Like a lot of my friends have hosted me since then. Right now, I’m at my parents’ place. It’s a very convenient, beautiful place right by the lake. It’s just been one very positive experience.

That’s the story of how I became homeless. I hope you’re having a great day and I will talk to you tomorrow!

Answering DFINITY Community Questions
Having An Office VS No Office