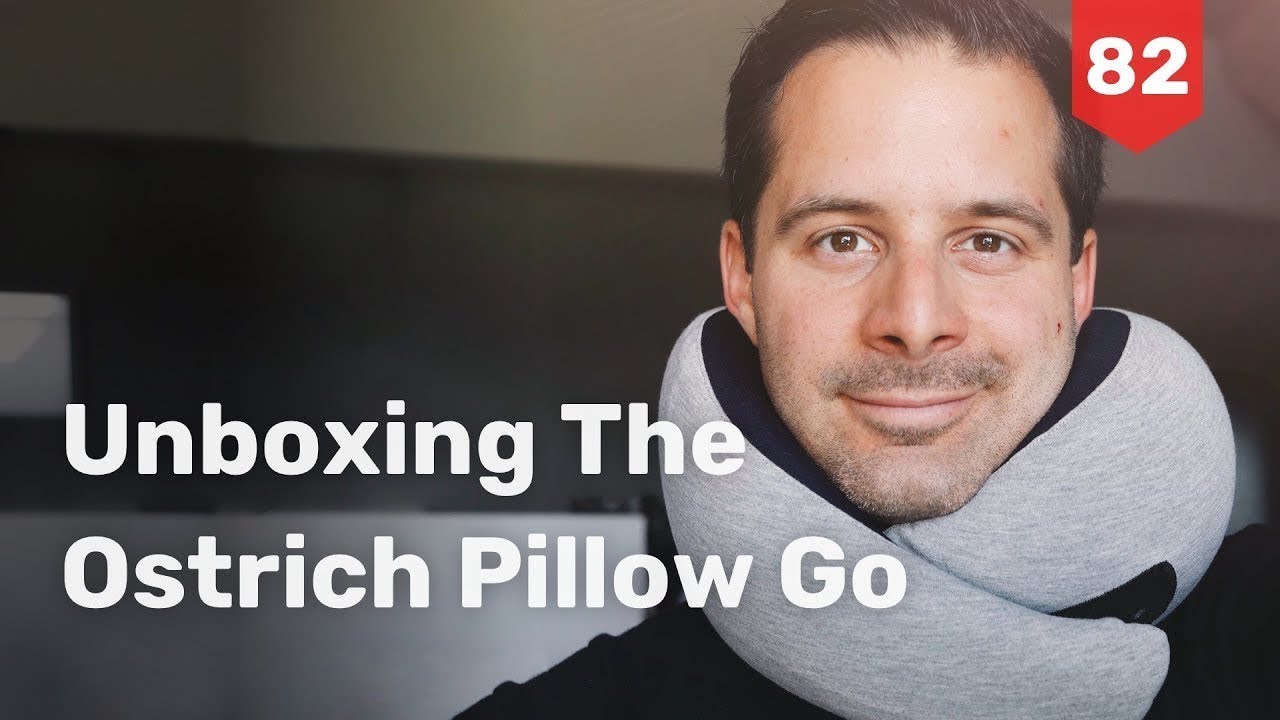 I met Key Kawamura about a year ago at an event in Geneva and was struck by his talent as a design person. He and his team are behind the internet-famous ‘Ostrich Pillow’. We’ve stayed in touch and when he and his team were working on a travel version of the Ostrich Pillow last summer, they asked me to review a prototype and send them some video. That initially sparked the idea of Vlogging. When they reached out after my accident and asked if any of their products could help alleviate the pain, I didn’t hesitate to give the Ostrich Pillow Go a go. Dive in to see the unboxing!

Hey guys! Today I have just something quick to mention. I got a package from the Studio Banana team. They reached out after my accident, they asked me if there’s any product that would help me recover quicker. I had always been curious about trying out their Ostrich Pillow Go.

They became very internet famous when they released the original Ostrich Pillow which is a pillow that basically lets you sleep anywhere. On a desk, on a plane… Looks super funny. I met Key – one of their founders – last year at a talk that I gave in Geneva. Found it fascinating to stay in touch and hear his thinking because I think he’s a brilliant product person.

One thing led to another, we stayed in touch and he asked me to try one of their newer products which is a much, much smaller pillow that you can kind of wear instead of a blindfold which is super comfortable. And I’ve tested that last summer – summer of 2017 – and sent generated videos. And that was actually one of the main inspirations for me to start this vlog and create videos. Because he originally asked me to do some videos and I kind of liked the idea of covering part of my travels.

I still have quite a bit of neck pain, especially on long flights. It’s quite the painful awakening. And so today I got this in the mail. Or I should say it’s probably been here for a few days. It’s the first day that I’m back at the Mediasign office. And so I’m gonna see and give this a try right now.

It’s called Ostrich Pillow Go and this is how you’re supposed to wear it. Kind of a very comfortable neck brace for travel. I like the round packaging. It also feels quite sturdy.

They didn’t have a black version, unfortunately. Grey also looks cool so for one and I have the pillow in here. Let’s see what else is in the box.

So it has this pouch as well. Says “Ready to go”. And on the back: “Carry your Ostrich Pillow Go inside this pouch bag for final protection and size reduction when traveling. Preserve it uncompressed for long-term storage to ensure perfect performance.”

We’ll see how often I’ll be able to store it somewhere else but this pouch also looks quite small so pretty handy for me. Love the green, I would definitely find it quickly within all my black stuff.

Alright, so I think the velcro part goes in the front. Too tight. I think it doesn’t have to be that tight. That is actually pretty nice. That’s a nice feel to it. It’s not like those inflatable neck pillows but it’s super comfy.

Yeah, so my first impression is pretty good. I’m gonna try this on an upcoming flight. I think my next flight is in like two days. Not sure I’ll bring it there though because that’s just to Berlin. In about two weeks, I’m crossing the Atlantic again. That’s when this pillow will be super helpful.

Thank you, Ostrich Pillow team or Studio Banana. That’s actually the name of the company behind the product. Thank you guys so much for a) thinking of me – I really appreciate the gesture. And second, thanks for this product – I’m excited to try it out and see how it makes long-distance flights more comfortable. And with that, I’ll talk to you guys tomorrow!

The 3 Apps That Help Me Stay Organized While Traveling