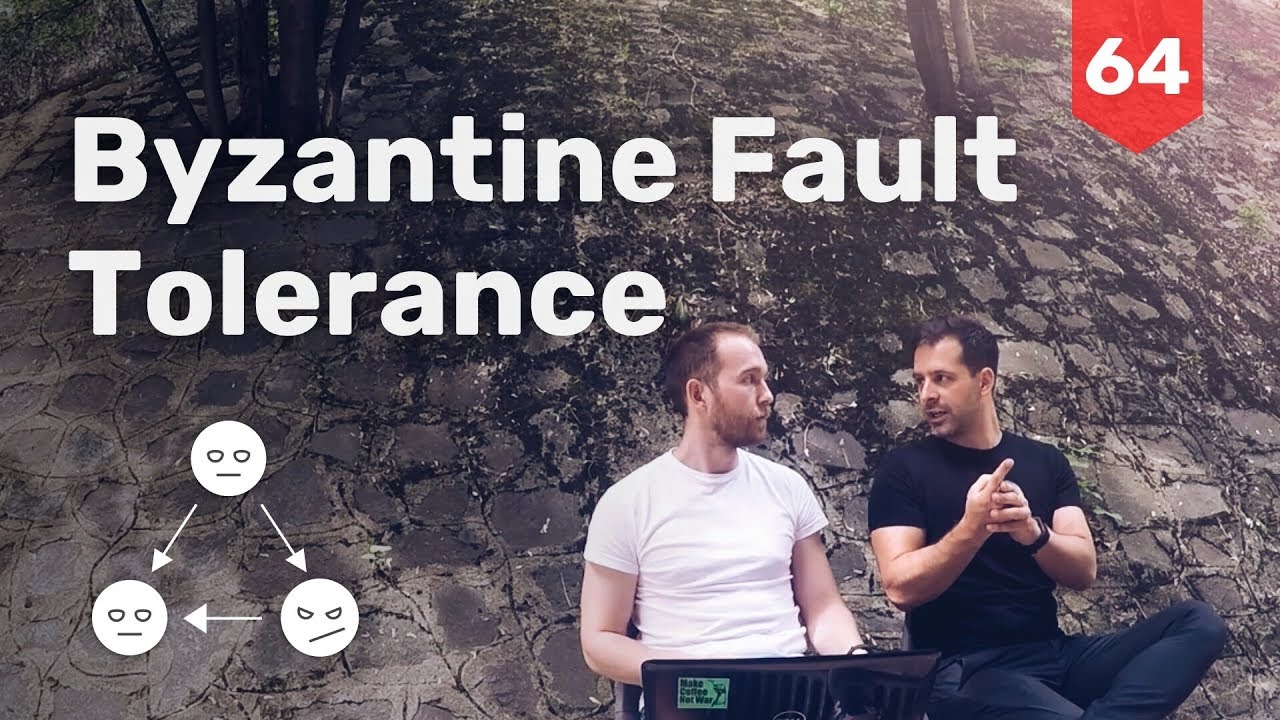 Getting started in the blockchain space can be overwhelming. There’s a ton of concepts and terms that have foreign names and the terminology may sometimes be more confusing than the concepts themselves. As we are building out the DFINITY ecosystem for developers and miners, we made it our goal to give everyone a way to get up to speed. Here’s a first piece of what will be the ‘DFINITY Academy’. Ákos and I talk about the term ‘Byzantine Fault Tolerance’. If you’re interested in what the Byzantine Empire and Blockchain have in common – dive in and watch the video!

Alright, I just finished my first call and with that, we’re starting another beautiful day!

This morning we’ve already had a team call and every day we discuss another kind of basic topic when it comes to the blockchain.

We try to clear out terms one by one – one term a day. Ákos in our team is leading that process. He has a very good understanding of all the terminology and concepts and so the first topic we covered was Byzantine Fault Tolerance. Or very often it’s shortened to BFT.

I took the occasion that I’m still here and I can still get together with him to do this video. And I wanted to share some of our thoughts and the way we would explain the term in a most simple way with you. And hopefully you’ll get some value from this and in the future, a term like Byzantine Fault Tolerance or many of the other, at first sight seemingly very complex terms, will become a bit easier to grasp and more acceptable.

When we started moving part of the Sendtask team over to DFINITY, we realized that we all need a way to catch up and figure out what all this stuff means. So we’ve come up with something we call the DFINITY Academy. Which is just a way for us to, bit by bit, day by day, learn something about the blockchain world.

There are a ton of concepts and terms that at first seem very confusing and one of them is Byzantine Fault Tolerance or also in short – BFT or BFT systems. And so that was one of the terms that we started to think about. And I’m sitting here with Ákos today who’s our lead developer and the two of us will talk a bit about what BFT is, where the term comes from and the importance and the impact it has for the blockchain world.

The origins of the Byzantine Fault Tolerance

Cédric: So, Ákos, first question – where does this term “Byzantine Fault Tolerance” come from?

Ákos: The term comes from a story about a Byzantine general who tries to attack the city with his three armies led by his three lieutenants. They need to communicate with each other by sending messages. But messages can be captured by the enemy so they need to come up with a scheme for how to successfully attack the city.

Cédric: So just to summarize it real quick. So we have one general and he has an army that’s divided into three groups. Each one of these groups is led by a lieutenant. The term “Byzantine” refers to the Byzantine Empire which is many hundreds of years ago. So back then, they did not have phones or the internet to communicate with each other. But communicating with each other and agreeing on a common time to attack the village, meant they had to send messengers.

And now these messengers – they could either get captured or they could get lost on the way. So there was never really a way to 100% be sure that the message was delivered. Plus, there were traitors. So it could be that some of his lieutenants or even the general himself have a different interest than winning this attack. And that’s why they could pass on a message that’s not with the original intent.

If they count and tally up those orders, they will see two orders say “attack” and one order says “retreat”. In this case, they will follow the majority.

Ákos: Also, this system relies on having at least two-thirds of the returns being honest. If there are more than 1/3 of the lieutenant’s as traitors, then this system will fall apart.

What happens when you scale up the army

Cédric: And that holds for a system where we only have three lieutenants, right? Where majority just means we need 2 out of 3. How does this look, let’s say when we have a hundred lieutenants?

Ákos: It’s all about getting a majority order that can be acted upon. So if we scale up the army and there are hundreds or thousands of lieutenants or participants in this system, then the required majority will be closer and closer to 50%.

Cédric: Ok, so that means when the network scales to potentially hundreds or thousands of lieutenants, all that’s needed is that the majority, which could mean half plus one, act in accordance to the rules and that’s when the system can still function and reach consensus.

For me, as a takeaway, that means that a system that’s Byzantine Fault Tolerant which means it’s a system where individual actors all relay their messages and then each of the actors acts upon the order that is a majority. They don’t have to receive all messages and not all messages have to say the same, but as long as there’s a majority in messages that they receive, the system comes to a consensus and they all move in the same direction.

Ákos: And it also assumes that the majority of these networks are honest.

Applications in the blockchain world

Ákos: There is a huge economic incentive for participants to manipulate the system for their own good. A system which can be easily manipulated isn’t reliable. We need a Byzantine Fault Tolerant system that cannot be manipulated by the minority or by a few bad actors. As long as the majority is honest, the system remains reliable.

Cédric: My main takeaway is the name comes from this problem that was originally coined based on the Byzantine Empire and the general that was attacking a village back then. And number two, I think my most important takeaway, is that this describes systems where, as long as the majority of the actors in that system are honest, the system reaches consensus and can function. And we’ll see you next time!

Budapest And The DFINITY Airdrop
DFINITY Presentation At FOAM In Berlin

Having An Office VS No Office