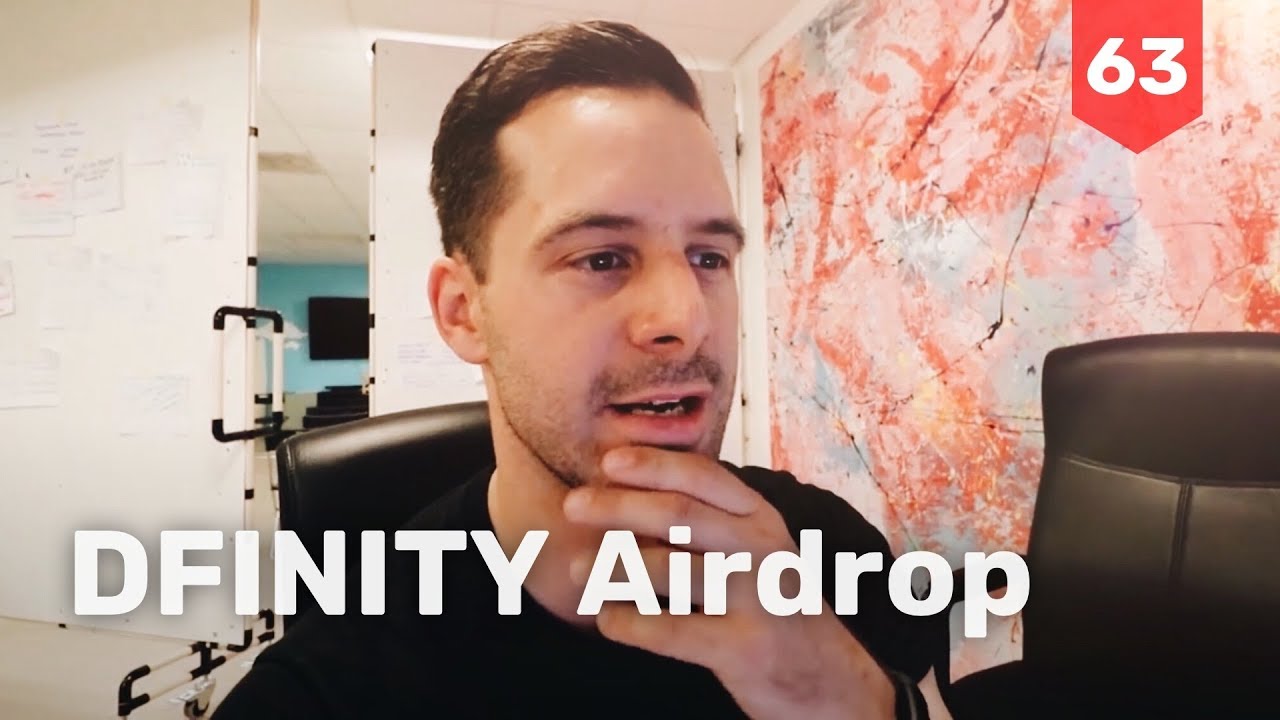 In today’s episode, I am in Budapest working with Ákos on the DFINITY “Academy concept”, which is a platform to bring people up to speed from zero knowledge in blockchain or distributed ledger technologies all the way to understanding how to write smart contracts and distributed apps. Also, I speak about the DFINITY Airdrop, check out the video to learn more!

This is the perfect weather. Warm, sunny, not too warm.

We just set up in a co-working space here in Budapest, about 50 minutes from my AirBnB. Lots and lots of challenges today, we’re thinking a lot about the roadmap, also design. Putting something as complex as DFINITY and the world computer and all the possibilities that come after… putting that into a design is quite a challenge but a very welcome one.

So we spent a pretty productive morning in a co-working space working on a number of things. One of them – developing a DFINITY Academy where we bring people up to speed from Zero knowledge in Blockchain or Distributed Ledger technologies all the way to understanding how to write smart contracts and distributed apps.

One thing I really love about Budapest beyond the great weather is the portions. I just sat down at a grill place and this is what they have on their menu. That looks delicious!

Any tips on curing hay fever?

Alright, I just had my first coffee in 15 years. Now we’re walking uphill – what’s the name of this hill? Gellert. We’ll get a nice view of the city and hopefully fly the drone a bit.

By the way, if there’s someone who’s looking at this who also has hay fever, I’d be super interested to understand if you found any tricks. I’ve tried everything from injections every week to two weeks in both arms for over three years to acupuncture, laser acupuncture, changing my diet and lots and lots of different pills and drugs. So if you have any tips that are a bit unconventional but work for you, let me know.

Perfect lunch break – a bit of exercise, nice place to explore and fly the drone. Now we’re back on the way to the co-working space to keep working on the DFINITY Academy and a few other ideas and projects that we’re currently working on.

Alright, we just enjoyed dinner. I’m getting home and we have some big news to share from DFINITY. And that news is around the Airdrop. More about that in just a second.

Alright, it’s starting to get late but I just wanted to share some really exciting news – they have to do with DFINITY. Today is a very interesting day for DFINITY because we just announced our airdrop.

In very simple terms, it’s when a token company hands out free tokens to a large number of community members. So this for us is a way to say “thank you” to everyone who’s been supporting us in various communities over the past few years. We’ve worked very hard towards this point and I think it could be an interesting model going forward.

Dominic recently announced that DFINITY is also doing a fundraise. Due to all the headaches that are involved with raising funds, right now we opted for private sale. Meaning a very limited amount of investors.

Strategic fundraise vs a typical ICO

Just over a year ago it was completely common, or let’s say one and a half years ago, it was common to have these large ICOs – initial coin offerings. But since then, the regulatory environment has become a bit more complicated and at DFINITY we always try to err on the safe side. We don’t want to jeopardize our project. We’re not even following any rules because there’s just not enough precedence on how these ICOs will be handled in the future.

In total, in today’s value, we are giving away 35 million Swiss francs worth of tokens to tens of thousands of members. The exact number will be determined once people do submit their KYC and AML. But overall, we’re super excited that finally, DFINITIYs will be in the hands or a larger group of people.

There’s one caveat or one thing that’s probably different from a typical ICO as well is that DFINITY decided not to launch their token as an ERC20 token. So the tokens are not actually live and tradable yet – they just exist on paper. And we did that on purpose because we didn’t want to deal with all the distraction that comes naturally once your token is launched and trades and there’s a price for your token.

When we expect to launch

We wanted to keep the team really focused, heads down, working on the progress of our technology and our infrastructure project. And that’s why the tokens will only go live and be easily tradable once we go live with our main net. That’s planned for later this year. As you will probably all understand, there are a lot of unknown variables at this point. There’s still a lot of stuff that needs to be decided and some pretty big math and logical problems that need to be addressed. But overall, I’m pretty confident that we are going to launch towards the end of this year.

I’ve posted on my profile in various places, especially on Facebook, I’ve posted more information about this airdrop. If you’re interested to find out more about the mechanics and how it’s all going to work out; in case you get an email and receive a token allocation – what is it that you have to do, it will a) all be outlined in the email that you get but if you already want to read up on it, jump over to my facebook profile at facebook.com/cediwaldburger and read up on it. Of course, you can also comment on this video or just message me – I’m more than happy to give feedback where I can.

And with that, I’m off to bed. I wish you all a very nice day or evening and I’ll talk to you tomorrow!

Exploring A Cave In Slovenia

Getting Through Long-Haul Flights

Why Do We Need Blockchain Technology?