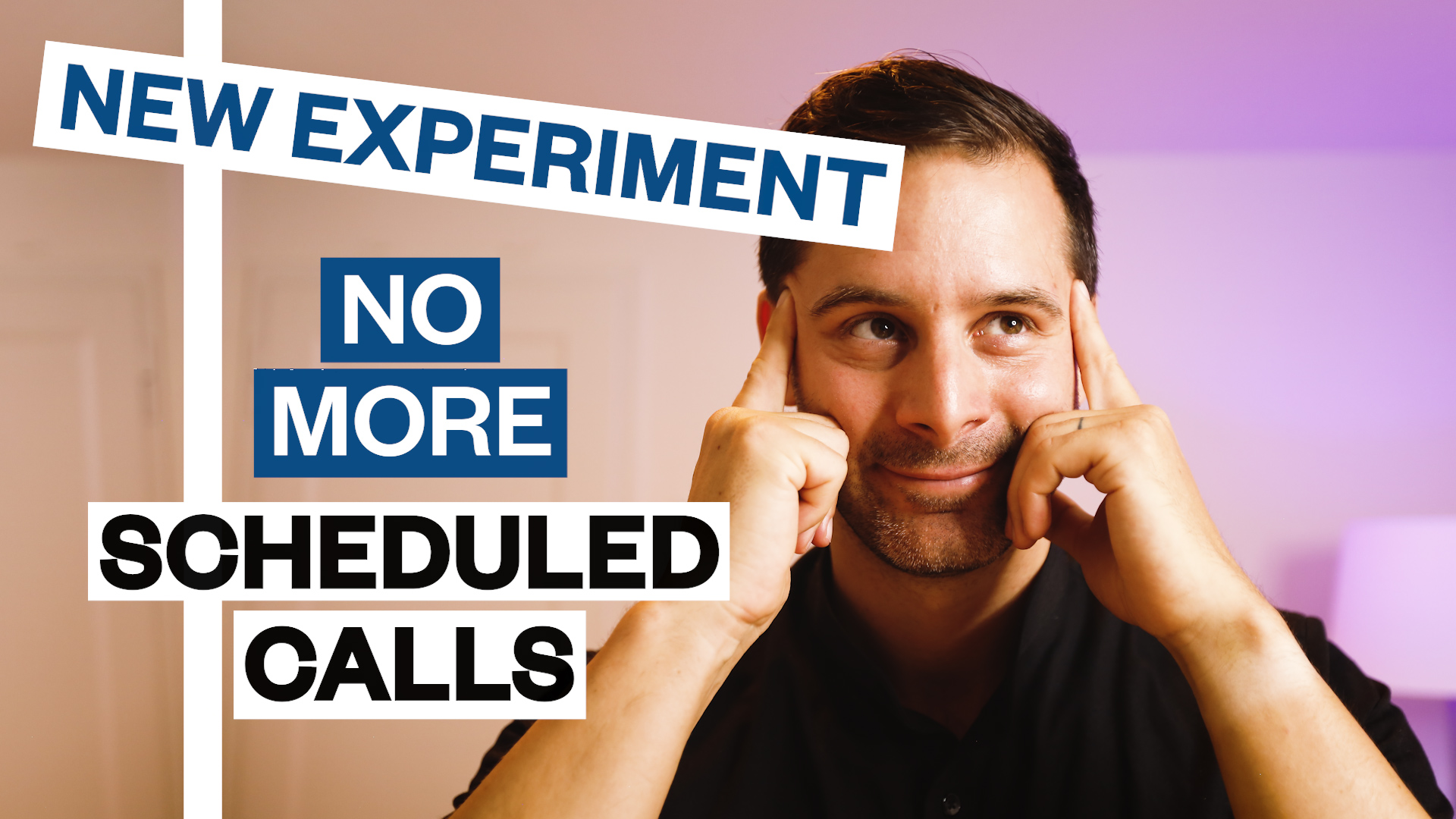 Like most of you, I’ve been spending much of the past months working from home. With all the time saved from commuting to lunches, flying to board meetings and events worldwide, I welcomed the productivity boost that Zoom calls brought. BUT: My calendar filled up quickly and I found myself having up to 60 calls per week – often leaving me feeling exhausted at the end of each day. Not because I hadn’t done anything but because I felt I hadn’t spent time on what was most important and urgent. Check out the video to learn how I will be managing my calls.

Hey, everyone. If you ever think about what is the most rare resource that you have? You might think it’s money or some sort of asset. But in fact, for all of us, it’s the time. Time is the only thing that we can never get back. And so every now and then I think it’s extremely crucial for all of us to think about what we’re doing with our time, and what we’re spending it on, and if that’s the best use of our time.

So I recently did that after a very long day of calls. And I was a bit frustrated. Because I felt that, even though I had been in calls, and I had done things all day, I connected with interesting people, and I had connected with entrepreneurs to help them work on their companies. I didn’t feel like I had gotten to the most important things of that day. And so very often, what I’ve realized is that I plan things for my calendar, and then something urgent and important comes up, but I can’t take care of it because of everything that I’ve already scheduled.

In the last six months since Corona, one of the biggest benefits for me has been that now I don’t need to travel to board meetings anymore. And now we don’t necessarily have to meet for lunch anymore. We can just get on a call: 30 minutes, 25 minutes, and connect and exchange ideas. The downside of what I’ve realized is that I’ve automated a lot of this process of how people can book my time in the afternoon. And so very often, I end up with four afternoon hours in the week, Monday through Thursday, fully booked from like 1 pm till 8 pm, which means about 14 different calls every day, four days in a row. That’s almost 60 calls, and that is exhausting. Even though I don’t regret having any of those calls because it was always interesting, I did realize that it’s probably not the best use of my time because I often felt a bit frustrated in the evening.

So I thought long and hard about what I could do. And I’ve tried some things that didn’t really work, and I realized that a more radical solution is needed. And so I’ve decided not to have scheduled calls anymore. What does that mean from now on I’m not going to schedule calls. I am going to be available to chat over Twitter, and Instagram, and Email, and Slack, and all these different asynchronous channels. Because one thing that I’ve realized is that very often, talking time is not very balanced. Often, it’s either someone telling me a lot, and then me just answering in a few words, or vice versa, I download a lot of my information into someone else’s brain, and they merely get to listen. And that scenario, for most cases, I’d much rather capture that information anyway, so that I can not only show that to a specific entrepreneur but with a lot of entrepreneurs at the same time.

So my decision was that I want to communicate more through asynchronous channels, I want to keep my calendar open, so I can be more spontaneous and take care of things that are most important and urgent, not just what’s planned. And last but not least, I want to be spontaneous with calls. So I’m not going to have no calls. I just want to plan them days in advance. I just want to be able to jump on a call when it makes sense, because there are definitely those kinds of conversations where it’s easiest to be synchronous to go back and forth. Easy channel to quickly brainstorm and exchange ideas.

So, going forward, if you want to reach out to me, do it over Twitter, Email, or Slack if you’re already on our Slack or use WhatsApp if you have my number. Those are the channels where I’ll respond. I’ll treat this as an experiment, meaning I don’t know if I’m going to keep doing no calls or no plan calls for the next month or three months or six months. I just know that for now, I want to give this a try. And I want to experiment with how it feels and what adjustments I want to make in order to make it the most valuable both for you, the person I’m connecting with as well as to make the most out of my time.

If you have any ideas for how you’re handling calls. How do you connect with a lot of people in a very short timeframe, and what channels you use? What kind of media you use? What you’ve learned about when it’s best to use synchronous versus asynchronous channels. All of that will be super valuable for me at this moment. So if you have any ideas and experiences, please let me know.
I’ll also attach a link to a document where I share with more of my thoughts and some FAQs.
And with that, have a beautiful day. Stay curious, and I’ll talk to you soon.

Avoid scams: How to choose your investor?
How to Simplify Decision-Making