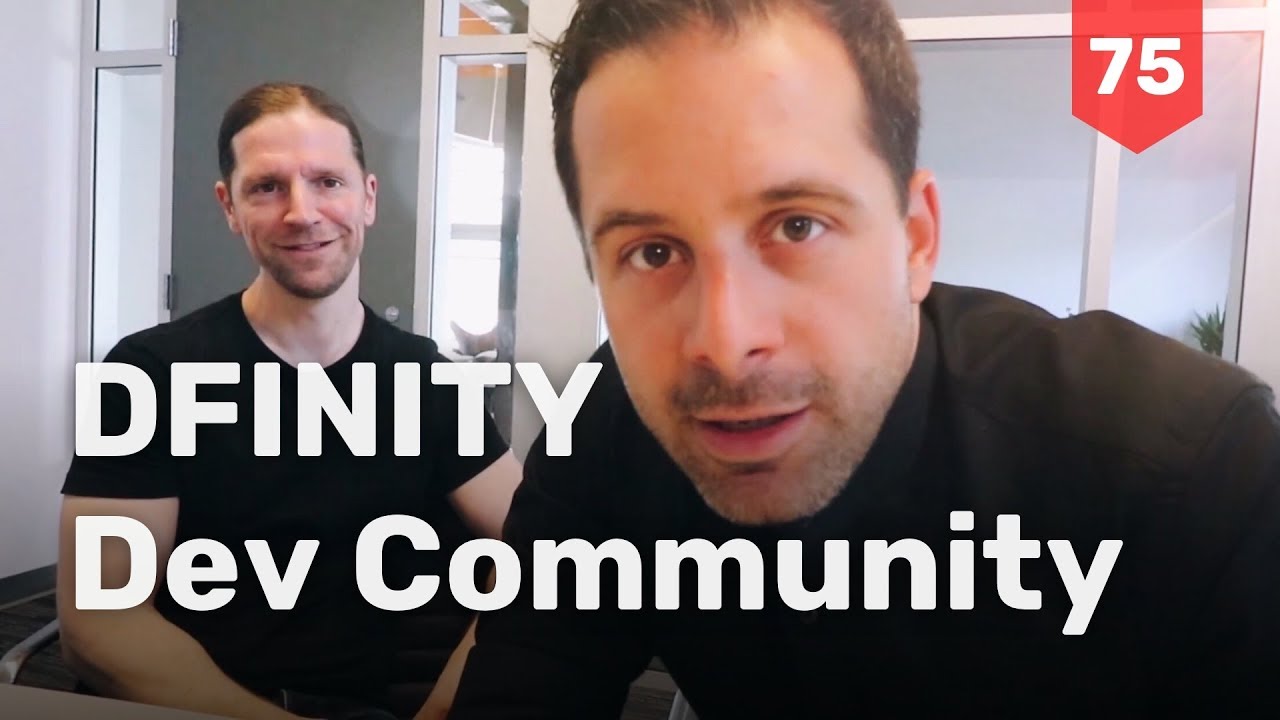 Dylan came by the DFINITY office today to meet and talk about a project he has in mind for DFINITY. I’m super excited about all the tools and applications that are going to be built on and around DFINITY. If you have ideas for Dapps or applications that will help the DFINITY ecosystem, don’t hesitate to reach out to me via Telegram (@cedricwaldburger) or join our developer community “Mission Control” (https://t.me/DFINITY_Devs). To see what Dylan is working on – check out the video!

It’s 4:00 a.m. and I’m on my way to the airport. I am flying up to San Francisco today, going back to the DFINITY office where I’ll meet Ákos and the rest of the DFINITY team.

I’m getting to the front of the security line. Looks like I’m plenty ahead of my flight so timewise it should be fine. I’m really tired.

I just made it through security and on my way to my gate. First time flying Alaskan airlines. They actually bought Virgin recently so I’m wondering if it’s gonna be a plane in the Alaskan configuration delivery or if it’s gonna be a Virgin plane. And then the flight to San Francisco’s only about one and a half hours. So I’m gonna try and get some rest before then. I have about an hour until we start boarding and about two hours until the flight. I want to make sure I get through security without any issues or coming under pressure. Time to leave Vegas and head to San Francisco.

Back at the DFINITY office

So last night we crashed pretty hard, we got back. But first, we got to the office, spent pretty much all day in meetings, getting stuff done. Came back here and had one last call at 10:00 p.m. and after that, we were just ready to crash. Slept pretty well, had a call with the Sendtask team in Europe this morning and now we’re headed to the DFINITY office.

I’ve been at the office most of the day and it’s been a pretty productive day so far. And I’m just about to meet with a DFINTIY community member and talk about community and the application’s potential.

Talking to Dylan about his DFINITY project

Cédric: This is interesting for these guys as well, how did you first hear about DFINITY?

Dylan: Well, I first heard about DFINITY – it was like on a podcast, like a crypto podcast.

Dylan: No, no, no, it was like just last year. I wasn’t really involved with blockchain anything until this year early. I started to get interested in it but last year I was watching you know when everyone, the Thanksgiving effect when people started hearing about how you can make millions of dollars in Bitcoin and Ethereum.

And you know, I was watching a podcast and they were talking about DFINITY. Dominic’s picture came up and I was like “hey, I know that guy!”

And I didn’t even know when I met him it was like 2015 or something. So then as I started to learn about blockchain I became interested in DFINITY because it’s here in Palo Alto, it hadn’t launched yet, the technology seems really interesting and you know the connections with Stanford, Dan Boneh, and people like that. You know the more I learned about it, it seemed like a really great project and I was like – this seems like a great thing to become involved with and a great way to learn about the space. I mean the downside of that is that most people who were in the Telegram group probably are coming from like Ethereum development or something like that where they already have the foundation whereas I’m just kind of building it.

Cédric: The telegram group that you’re speaking about is Mission Control. Mission Control is our community channel for everyone that’s interested in like becoming a developer on DFINITY, right. Now that we’re getting closer to launching our SDK, launching the test net and then launch the Main Net. I’ve taken this new role inside DFINITY to build out that developer ecosystem. We’ve been very, very closed in the past. For good reason – we don’t want any of the IP to get out before we are ready for our launch.

But at the same time, I feel you have a lot of people that are interested in the project and if I was part of that community, I’d also want to like understand what’s going on and what’s happening. Because I feel from the outside, sometimes you can almost get the idea that DFINITY is not making any progress because we’re so closed. We’ve just been so focused on all the tech over the past eighteen months that we kind of never focused on marketing and PR.

Dylan: A few years ago I was learning iOS development – as like a hobby. And like in those kinds of meetups it was still like a little bit of the energy but it wasn’t like “wow, this is amazing”! You know like when you go to some of these blockchain meetups you’re like “wow, I feel like I’m really lucky, on the cutting edge…”

Cédric: I was working on different projects before becoming just 100% focused on DFINITY. And one thing that convinced me that I have to be just all in here is like every time I went to a meet-up or gave a talk somewhere, I would just like feel the energy in the room which is at least ten times as much in any other space. I was doing computer vision and productivity apps and various regions or areas. And they’re all exciting technologies but I think blockchain is so on the edge between… it’s not just technology, it’s like psychology, its economy… it just gets a multitude of people excited, right.

Dylan: There’s a lot of things to learn because of that, you know?

Cédric: You came here today to talk about the block explorer.

Dylan: I did, I have something to show you too.

Cédric: Tell me, show me.

Dylan: So this is what I have so far.

Cédric: Cool, I like the logo, did you do that?

Cédric: Let’s see if we can capture that.

I wanted to create something that looked alive and represented DFINITY. So you can see these lights kind of blink on here. So each one of these nodes is supposed to represent like a mining process group. And then you know when lights go off, that’s supposed to indicate that a block is being produced.

What is a block explorer?

Cédric: So for someone who has not spent time thinking about what a block explorer is, maybe quickly explain the concept. What can you do in a block explorer and why would you want to build one and what would people use it for?

Dylan: So a block explorer is basically a way to retrieve information from the blockchain. Search by block hashes or transaction hashes or like someone’s address. So for example, if I sent you money and then you were like “I haven’t gotten it yet”. And I was like “oh no, what happened, it got lost” you know I can look it up in the block explorer and see what state it was in and why you haven’t received it yet.

You know some of these block explorers really… like Eherscan provides a lot of functionality on their website with like graphs and all kinds of interesting things.

Cédric: So what do you think is the minimum required functionality to make it useful for it for people who want to use it?

Dylan: So certainly being able to look up any block or transaction.

Cédric: And how do you think you will go about building this?

Dylan: First of all, you need to be able to retrieve information from the blockchain. So we don’t have the DFINITY dev tools yet. So I’m not sure exactly how that’s gonna work.

Cédric: We’re working on it.

Dylan: With Ethereum, there’s  JSON RPC or something like that… so I assume there’s gonna be something like that for DFINITY as well. It wouldn’t really make sense to make a block explorer that uses those function calls. So here I am using the block explorer at home – I’m a user. When I search on an address, it doesn’t make sense to go out the blockchain at that point because it would be too slow, it needs to be like stored in the database or something like that. Right now, I’m leaning towards maybe using firebase as the database because it provides like real time, kind of pushing the data. The idea would be to have a server set up somewhere constantly querying the… getting data from the DFINITY blockchain. Pushing that out into firebase and making sure that the firebase representation of the blockchain was up-to-date and accurate.

Good stuff! And so if you’re still watching, if you have cool ideas for what you want to build on top of DFINITY, get in touch with me. I will post a link to Mission Control below which is the Telegram group for everyone who’s interested in becoming a developer for DFINITY. With that, thank you, Dylan, and I’ll talk to you guys tomorrow!

My 90 Day Review And Preview To Stay Aligned

My Conversation with Ali Khan