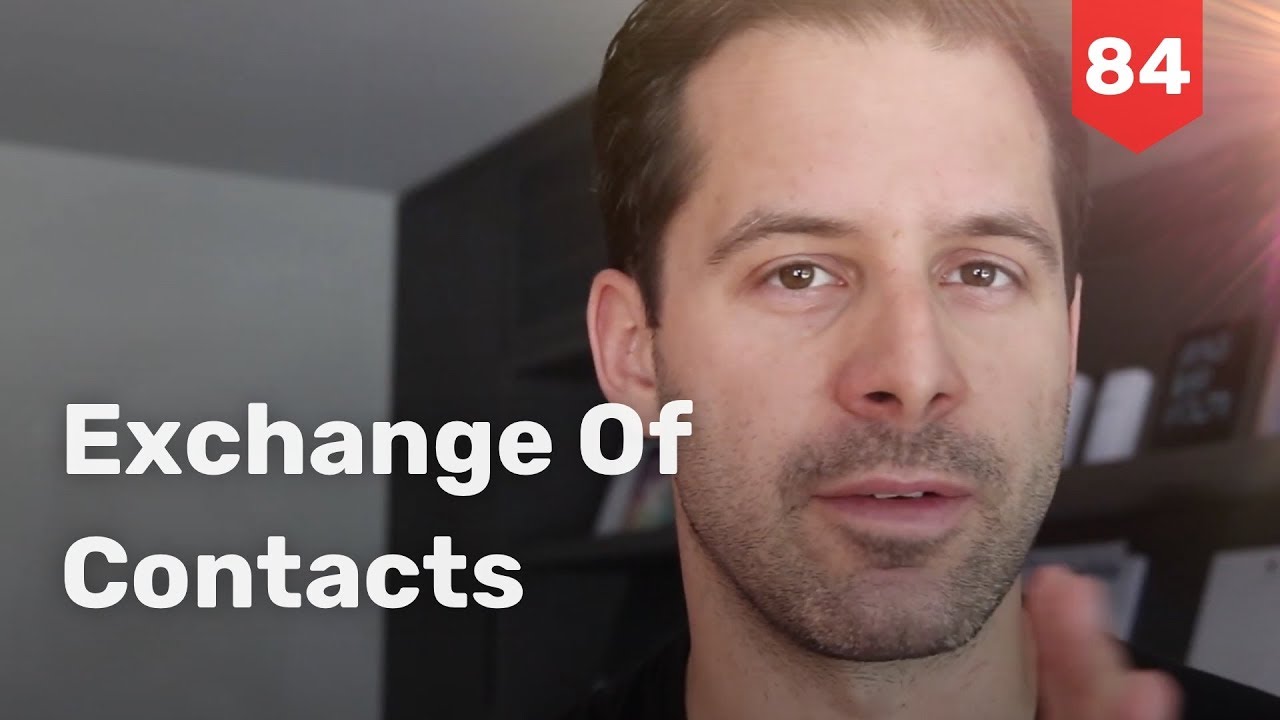 I met Nikola Stojanow, a co-founder of Aeternity, yesterday at the Crypto Valley Conference. While talking about Aeternity is super interesting, one thing that captured my attention was how we exchanged contact info. I think he cracked the problem of how inconvenient it is to exchange contact info in a very elegant way on contactcover.com. Dive in to see the solution in action!

Good morning! It’s another beautiful morning. I stayed out quite late yesterday meeting with other people from Tech Open Air. And now I’m headed back to the airport catch my flight. We’re going to a conference in Zug today. It’s called Crypto Valley Conference.

So I made it to the airport with plenty of time. We’re now walking over to the aircraft. Much smaller than what we flew here yesterday. Let’s go back to Zurich.

The number one thing about conferences

Alright, so I stopped filming at the conference. Dom and I made it Zug. Went to the Crypto Valley Conference which was interesting. Good speakers, also interesting startups that present themselves on stage. But then, of course, the number one thing about conferences is the people you can meet there and mingle.

Now I’m just about to get home to Elena’s place and I’m just looking forward to getting some sleep and relax and then start afresh tomorrow to a new day.

So yesterday we traveled back from Berlin to go to Zug for the Crypto Valley Conference. Dom spoke about DFINITY at the Crypto Valley Conference. I was in a jury for upcoming startups. We gave away a prize for, I think it was, an early stage and a later stage startup which was interesting. Couldn’t film much. Met lots and lots of people. Also met for the first time with Jan Camenisch who is one of our newest team members at DFINITY. Together with him, we’re opening the Zurich office in a few months so it’s exciting news.

And I think going to a conference is all about people and talking to them. It’s not so much about keynote speeches. While they are sometimes interesting, I constantly get the most value from meeting with the people that I see at conferences.

So yesterday I’ve also connected with Nikola Stojanow who is a team member and founding member of Aeternity. Aeternity has probably a similar vision and mission to DFINITY. They’re building a decentralized blockchain infrastructure which will allow you to execute your decentralized apps.

But I don’t want to talk about Aeternity. We’ll save that for another occasion. But one thing I do want to talk about is something that he’s shown me on his phone which makes so much sense that I am amazed why it has not always been there.

I don’t know exactly when I think it was iOS 11 or iOS 10 when Apple built in a QR reader into the Apple camera. If you open a camera and you pointed at a QR code it will automatically load that QR code.

And so what this does is it just downloads your contact card which is genius, right? Because exchanging contacts… like having business cards just doesn’t feel right anymore in the current day and age. And at the same time, there’s never been a technological solution that really worked.

Of course, you could create a new contact and enter your phone number and everything but it takes too much time and it’s kind of awkward to grab someone else’s phone. At the same time, there’s been solutions like poking, kind of outsource that functionality to beacons or little USB keys that you poke together and by that, you exchange contact information. But they’ve never reached mass adoption, I’ve never seen them anywhere.

How to get it

So this is a perfect solution. It just blew my mind that no one has come up with that before. So what do you do if you want to do that yourself is you go to contactcover.com which I think is his project and a friend’s project. They just put this together in a few hours. You go there and you enter your contact information. It looks like this.

So you fill out the form and then it generates a QR code for you. And you save that QR code to your phone and then you just use that as a lock screen. Of course, you could also just save it as an image and then show people that image if you don’t want it to be visible at all times. But that’s how simple it is. Contactcover.com – a hobby project by one of the founders of Aeternity. It just blew my mind how simple it made something that seemed so confusing and complicated before.

So that’s it, that’s what I wanted to show you today. I was blown away by this. I think a lot of you will get a lot of value from this. Head over to contactcover.com, downloads the QR code, put it on your lock screen and from now on whenever you need to exchange contact information with anyone, there’s a much more simple way.

And with that, have a beautiful day and I’ll talk to you soon!

DFINITY Presentation At FOAM In Berlin

[Video] Having A Slow Day In Bali