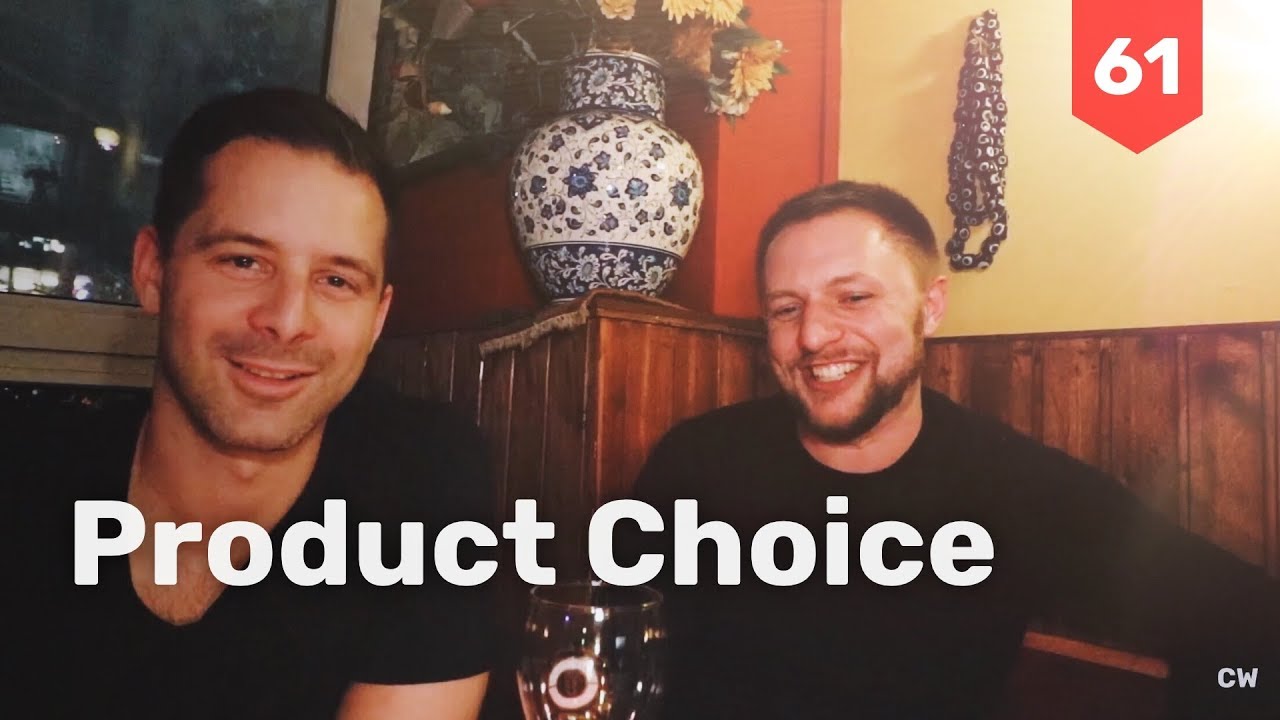 In today’s episode, I met Yassin, who is helping me out with this vlog project. Also, I had an interesting chat with Matthias.

Matthias and I used to be roommates almost 6 years ago. We finally met up again in Hamburg. I was thrilled to hear what he is doing for a job: he joined a large company that lets you book cruises. Unlike airplane seats, where basically you have only 3 categories at max per plane, cruises can often have 8-10 different categories per ship. And so I was wondering how they have created the customer experience so that it becomes easy for people to choose the product that is right for them. Here are some thought that he shared with me.

Alright, it’s the start of a new gorgeous day and we are just about to leave the house. Got some work done this morning and now we’re headed to one of the parks here in the city to get some work done… ah, to have some fun!

And later today, I’m meeting Yassin. And Yasin is someone who’s helping with this vlog but has always been behind the camera so far so I’ll see if I can ask him some questions and introduce him to you guys as well.

Just spent a bit of time in the park. We did slacklining, volleyball and now we are headed towards the center to see a different part of Hamburg.

The obligatory escape room in Hamburg

We’ve been enjoying the afternoon at one of the beach clubs here. To finish off the weekend we’re headed to an escape room. It’s very nice here and Yassin has joined me!

We’re going to talk a bit more about him and with him later on if we break out. The escape room didn’t have any difficulty rating so we’ll see how well we do.

It’s been a bit of a maze getting here. All the streets are doing renovations but it says TeamEscape right here.

Cédric: So, Yassin, how was the escape room?

Yassin: It was pretty good. I think we’re a great team and I’m happy that we escaped!

Elena: Quite cool, the riddles were very advanced. It’s nice to see that we got out.

Cédric: Got out last minute – 59 minutes so less than a minute to spare.

Cédric: Alright, so Matthias and I used to live together in Berlin when I was still working for SumUp and you were working for Book a Tiger most of the time?

Matthias: Yeah, I think so. Back then it was Book a Tiger.

Cédric: What are you up to?

Matthias: Tonight? Or in general?

Cédric: No, in general.

Matthias: I work in a global tourism company, selling mainly cruise travels all over the world. We just bought a company which has 180 employees.

Cédric: This breadth of different cruises and different offers – what are some product learnings that you’ve gone through? How do you present all this choice in a way that it’s easy for people to find what they want?

Matthias: I think generally you have to understand what they’re actually looking for. It’s not like when you fly which is a kind of professional product. So I know you’re flying more, so you like flying. But generally I go on a plane and I want to go away as fast as I can.

Cédric: Also something social, they want to get to know people?

Matthias: There are actually people who can just stay on the ship and never see anything on land. Then you have the other people who are more interested in the landscape and the cities they’re visiting. And it is amazing once you find a tour that’s interesting to you. And then you go to the product itself. So what do you want to have? Is it about the food, the activities? Is there anything else that you want to experience? Now, this is something I can narrow down to less and less cruises. And then find the real product. Once you have the product, once you have the ship, you can identify what’s actually the category you want to put that person on.

We’re kind of the Amazon of cruises. You find everything. You have a big mass of products and you find a lot of them. On one side, we do resell all the products which are there. So you can buy with us the same caliber, the same price as every other travel agency in the world. But what we also do is that we build our own products.

Wrapping up the day

Alright, it’s time to wrap up our Hamburg trip or at least the second day here. Another gorgeous day, we were out in the park, got some work done in the morning. We were out by the waterfront which is probably the most scenic place in Hamburg or at least the most well-known area. And then I met up with Matthias, a long-term friend that I haven’t seen enough in the last few years. And of course, Yassin who I work with daily but very rarely see in person.

I think now we’re going to head home, maybe get some more work done, upload the footage, and think a bit about acquiring companies. I think that’s such an interesting topic and I think it’s something that will come up for DFINITY one way or another. We’re looking to grow pretty aggressively over the next few years. Thinking about what’s the best way to onboard a lot of people while still keeping culture a good fit. It’s definitely a challenging task. And with that, I’ll see you guys tomorrow!

The Hour Of Power: A Morning Ritual In Bali

Where’s Home For Someone Without A Home?