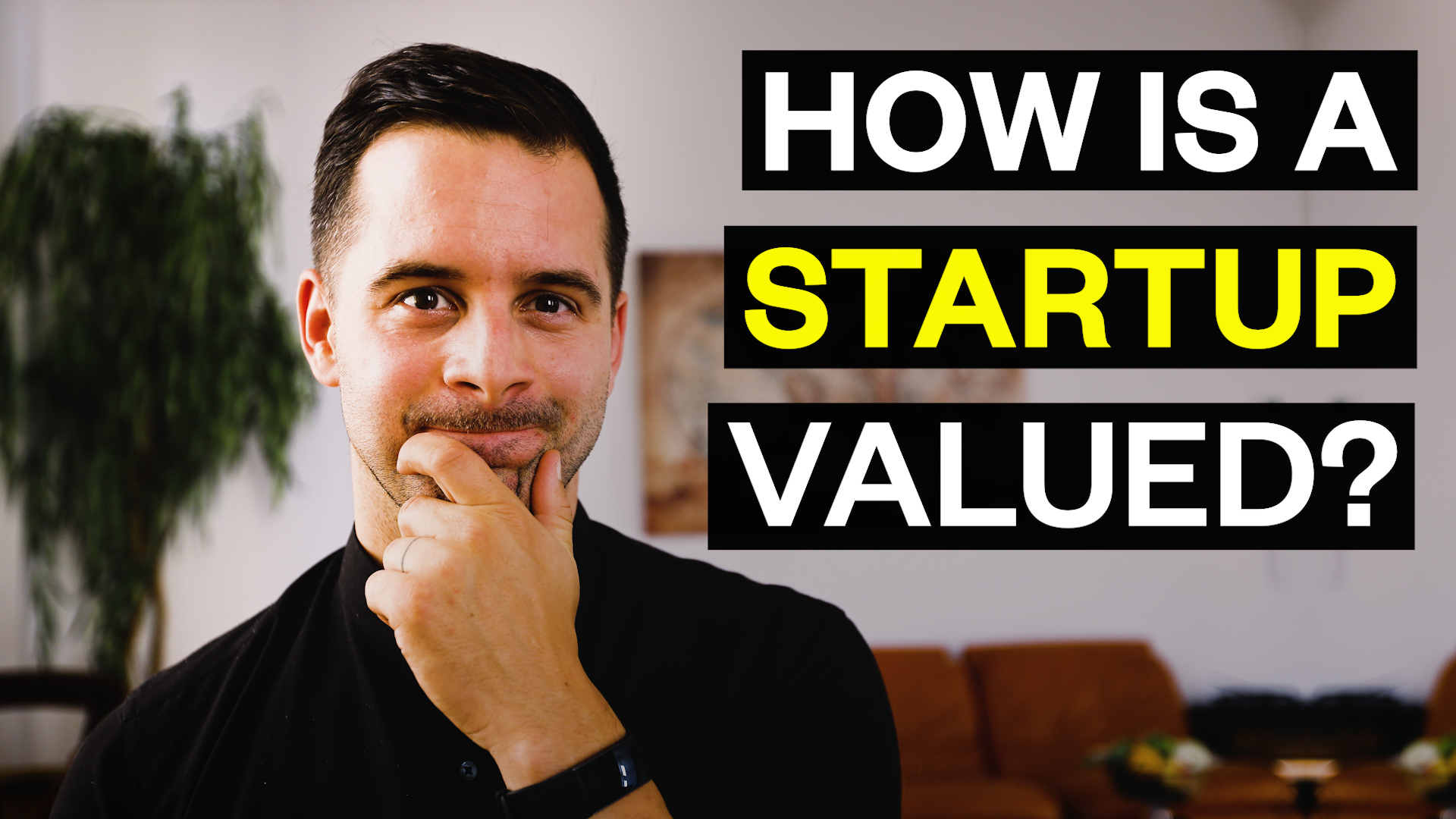 A friend recently asked me how I would value his startup. He was about to go out to fundraise and naturally, this question came up. Check out the video to learn how KPIs, market & demand as well as runway impact the valuation you’ll end up with.

Hey, everyone. When you are raising for your startup for the first time, there’s definitely one question that’s going to be super important, and it’s hard to put a number on it sometimes, which is: What the valuation you’re shooting for is? I often get asked a question by startup founders and friends who are raising for their startup. How should I value my startup?

Three factors for evaluating a startup

Well, here are the three factors that I would take into consideration when you’re trying to put a valuation on your startup—number one, demand, and supply, meaning the market. There will always be certain dynamics, you might be in a space that’s either super hot right now, or something that’s just no one is really looking into right now. And that’s going to have an impact on your valuation. Typically, there are always outliers, but typically what I see is that it only plays a minor role. It might mean you raise at a 20% higher valuation or at a 20% lower valuation, but overall, this is not going to move the needle too much. Of course, I said there are outliers and those are the ones that we usually read about in the press and there are cases where VC firms start bidding and bidding and bidding, and suddenly you’ve tripled your valuation, but most often, it’s plus-minus 20, or 25%.

Factor number two, there are some numbers and KPIs that we are going to look at. For example, if you’re a SAS startup, one of the numbers that we do want to look at is your Monthly Recurring Revenue and your Annual Recurring Revenue: that in combination with your growth will give us a ballpark of where we want to place the valuation of your startup. For example, somewhere between seven and a half and 12 times your ARR. If you are close to 1 million ARR and you have reasonable growth, is probably where we’re going to start negotiation or where we would put that number in terms of a ballpark. Again, there are outliers, and we hear about them, and we read about them in the press, but it’s a good rule of thumb to take your ARR and 10X that to get to a starting point for your valuation.

And last, but definitely not least, what I would even consider the most important metric is how much money do you need in order to get your next Milestone? How much money do you need in order to prove that you have product-market fit? How much money do you need in order to expand to a new market? Whatever the story is, how much money you need to prove it. And then that will typically equal about 15 to 25% off your equity. Well, what does that mean? Typically, it means whatever mission you’re on, you will need somewhere between 12 and 24 months of runway in order to get to the next level. At least, that’s true in the first let’s say, four or five years of your startup. So let’s say anything up until a Series B or Series C, you will need about two years of a runway in order to tackle that next Milestone. Plus you might need additional expenses because you are hiring aggressively, you’re scaling into a new market, or you need to build up a new team. That amount of money equals 15 to 25% of your company will usually give you a ballpark for your valuation as well.

So to give you an example, let’s say you need 2 million in order to run for next 24 months, and that includes scaling into a new market, let’s say you’re a Swiss startup and you’re scaling into France, you need $2 million to keep your local operations in Switzerland running as well as open an office in France, then those $2 million times five so let’s say that’s 20%, that we’re going to take in this round for those $2 million. 5 X means the company is now worth roughly $10 million. If ideally, you can also show already roughly 1 million in ARR, then that’s likely going to be slightly higher, slightly lower, but that’s the ballpark in which you’re going to be raising.

Now, something that you want to avoid is needing $5 million, wanting to give up only 20%, but you only have 10 K or 100 K in ARR. There’s a big difference between the two. It probably means you want to equalize, normalize them, you want to probably scale back your funding needs a bit in order to get to the next Milestone or wait a bit until you’ve scaled your ARR and then go out and raise a larger round.

So to quickly summarize market, meaning supply and demand, KPIs, and known multiples on certain KPIs in your business. And then third, how much money do you need to get to the next Milestone and equal that to 20%, 15 to 25% of your equity. Those are three ways to figure out how much the valuation of your startup is going to be when you go out and raise, which gives you a starting point. As I said, there are lots of outliers, but that’s always a good baseline.

And with that, have a beautiful day, stay curious, and I’ll talk to you soon.

Dos and don’ts for the first call with your potential investor
Bootstrapping vs. Fundraising – How to be strategically smart about startup financing?

Which ICOs Can Be Trusted?

The Pros of Starting A Business Without An Office