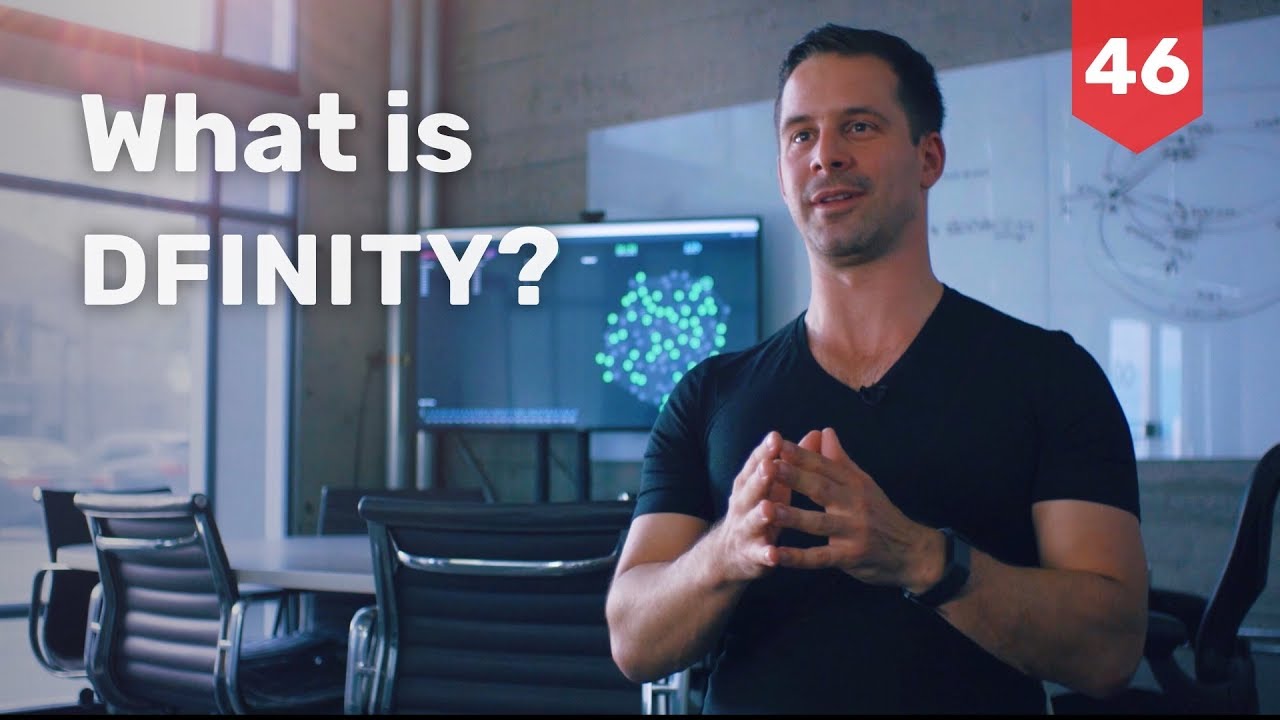 In today’s episode, I talk about how I got involved in crypto by letting someone use my laptop for Bitcoin mining. I also explain what the blockchain is, it’s use cases and how DFINITY is revolutionizing this field.

There are probably a million different ways to answer the question “What is DFINITY?”

The footage that you’re about to see comes from a documentary that’s being shot about the evolution of DFINITY. On my recent visit to Palo Alto, we had a filmmaker and producer in our office. His name is Jesse Allen. A great guy, super interesting background. And he was shooting not with a DSLR or even a GoPro, but he was shooting with a RED camera.

RED cameras – they look like this – they typically cost between forty and sixty thousand dollars and they’re used for cinematography. So they’re used for actual big-time movies. Just handling this footage was a bit of a challenge and it was super interesting for me to see how this process works.

He kindly shared the footage that he captured of me answering some of his questions on the RED. We also used a Panasonic GH5. So without further ado, here are some of the bits and pieces that were covered in that interview. I hope you get some value from this and
I’ll talk to you tomorrow!

My background and role in DFINITY

I’m Cedric, I co-founded the DFINITY foundation together with Dominic almost two years ago. I have a technical background, I came to the project as someone who helped with legal and operations in Switzerland. And I’m currently transitioning into a role where I help build the DFINITY ecosystem. So helping developers understand the DFINITY technology and build stuff on top of the amazing technology that we’re building.

I personally have a bit of a decentralized lifestyle. For more than two years now, I have not had a constant home, I live out of a backpack. I’ve always been extremely passionate about learning and especially learning about startups and how to create a company. So for the past 15 years, I’ve just been involved with one tech startup after another. And constantly been working on figuring out this process – how do you get from a problem to a solution.

I’ve studied Electrical Engineering in parallel to starting my first company and have ever since been fascinated by cutting-edge technology. I first got involved in the crypto space about six years ago when I worked with a guy at a payment processor and he started to use my laptop for… He asked me if he could use my laptop over lunch to mine some bitcoins. And that’s what made me curious and how I got first involved in technology.

Why I’m so passionate about the blockchain

And then, I think only recently in the last three-four years I’ve become really fascinated with what you can do with all this decentralized technology. I’m especially passionate about building communities and governments and how decentralization and tools that we build on top of DFINITY can help us run these organizations in a more efficient and productive way.

So I think one key element that the blockchain brings as a tool is transparency and immutability and decentralization. What I think is that a lot of the overhead that currently exists in a lot of the governments, or let’s just say in general “governing bodies of communities”, is that there’s a lot of intransparency, there are a lot of inefficiencies and therefore we can also not have a very direct democracy. So I always need to trust a person to best represent my interests.

What the blockchain and DFINITY especially help us do is trust the system. Build a system that we can trust that then efficiently executes my best interests.

Web 3 or Cloud 3 for me is the next generation. So we had the web 1.0 which was a basic server-client architecture, information was mostly static. Web 2.0 was dynamic information – we were all able to participate. And now Web 3 is the democratization and decentralization of all that.

So instead of having servers and clients and companies that provide tools and people that use it, it becomes this much more fluid contract of people who are building and who are using the software.

I think what DFINITY brings to the world for existing companies that use traditional cloud infrastructure is a vastly simplified stack. So they don’t have to care about security and backups and all that stuff anymore because DFINITY has all of that built in. And on the other side, for governments, I think making use of this infrastructure that has transparency and immutability and decentralization built in will be a huge step forward.

Blockchain to me is, on a technical level, a distributed database that is immutable and transparent. I think right now you can compare the state of where we are in the blockchain space to the Internet somewhere in the 1980s where we’re still talking about the lowest layers of the tech stack.

So asking what is a blockchain is kind of similar to asking how does email work. Where now we all know applications and we can tell you “press send” and “add an email address here and there” but we’re much lower on the stack than that. And I think that’s why people are giving different answers. Because everyone sees it from a different perspective. And there are no mass-market applications right now that allow us to really feel what the blockchain is.

How DFINITY can change the way we build applications

So one problem that I see in the current world of technology companies is that you have these incredibly convoluted and complicated tech stacks built on AWS or various other platforms. And it’s hard for any single person to get a complete overview of all the components you need even for a simple web application.

DFINITY vastly reduces the complexity of that by having most of those components built in. So you don’t need to worry about backups or load balancers and stuff like that. So I think in the first step, I’m really passionate about how DFINITY simplifies the ability for everyone to build web applications that are really powerful and can hit mass market and scale really well. And then in the long term, also the fact that DFINITY brings democratization to any kind of technology product. Meaning that products will be much more open. And allow more participants to join the evolution of technology products.

I first heard about DFINITY roughly two years ago when I got a phone call from a previous colleague that I used to work with who introduced me to Dominic. And Dominic and I started chatting about his vision for DFINITY. I was immediately pretty struck by his genius and his vision. When we first came together here in Palo Alto, we started discussing what’s the right form for this to come to life. And it’s been countless hours getting the foundation up and running and I’m just amazed to see this great team that we have together here now. But then also, it’s only been two years and it feels like the development in a normal company would have spent five to ten years. So it’s a really cool company to be a part of.

Budapest And The DFINITY Airdrop