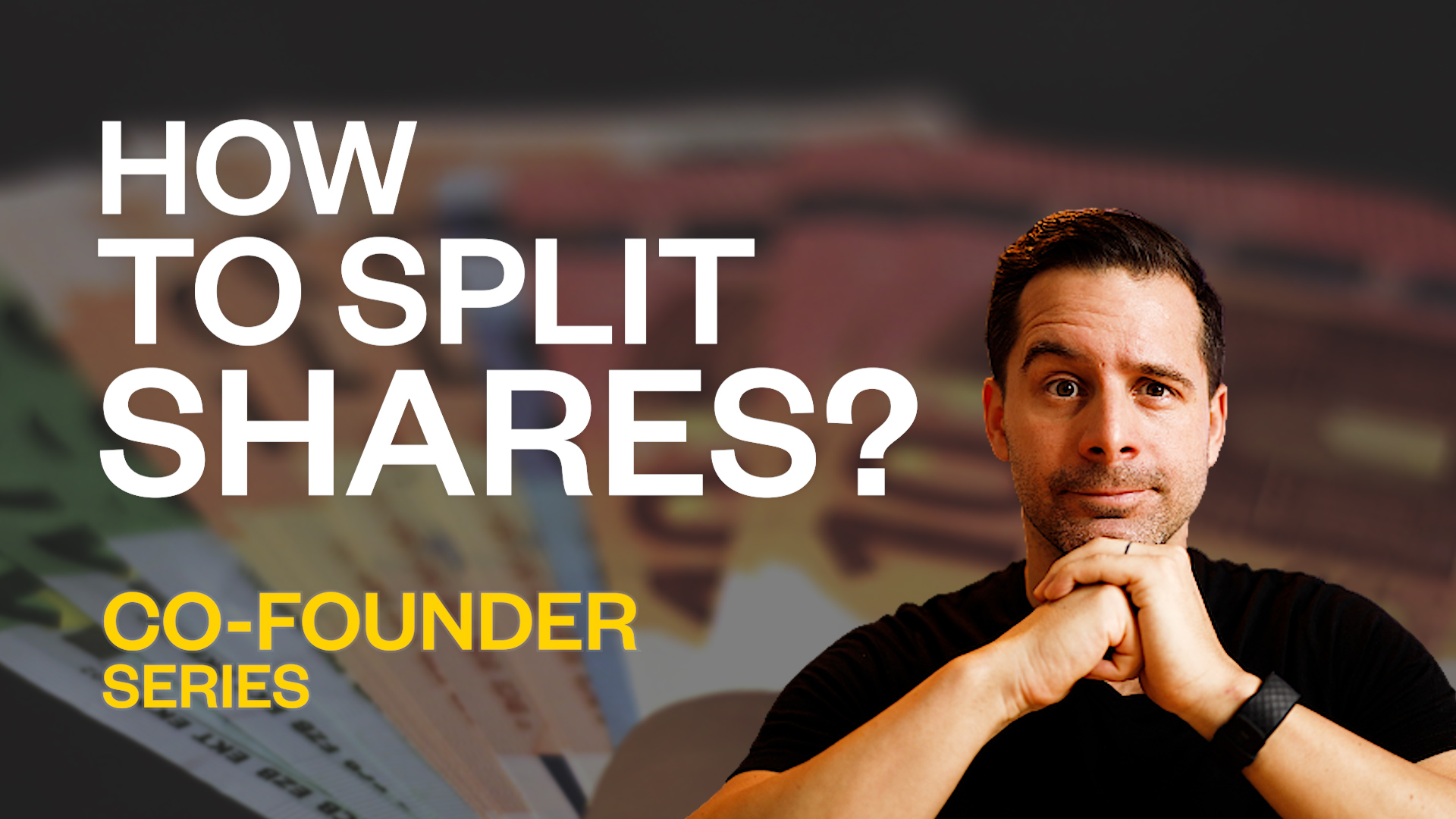 This is a difficult topic and you may be inclined to just split your shares equally. There are lots of cases where that’s the right way to go about it. But: There are also reasons why you shouldn’t split your equity equally. Check the video to find out why.

Hey, so this is the second part of a three-part series on co-founders. In a previous video, which you can find here. I’ve already answered the question of where you find your co-founder, and how you could make sure that you’re a good fit for each other. In this video, I want to answer the second question that I very often get asked about co-founders, which is, how do you split the equity between you and your co-founders?

How Do You Split The Equity?

There’s a few guidelines that we go by as. VCs, as investors, when we talk to you things that we want to see are things that we don’t want to see, one thing that we like to see is that the shares are more or less equally divided amongst you. That doesn’t mean it needs to be an exact 50-50 or 30,30,30 split. But it means that according to your responsibilities, the risk that you’re taking, and the value that you contribute to the company, the shares are more or less aligned with that. So what we don’t want to see is if you’re a three co founder team, and one person has 90% of the interest, and then the other people only have 5% each.

But often it can make sense that one person has slightly more we like to see a leader especially with European startups, we sometimes think they’re a bit too democratic. And it can take too much time for each and every one of those co-founders to make a decision when it comes to the day to day operation. So they all feel like they need to always find consensus. And so one split that we often see and that we like is 40% for one co-founder and 30 and 30% for the other two, or maybe something like 50, 25 25, or even 60, 20-20. In some cases, if it’s justified. And one person has been working on this for much longer than anyone else. Maybe important here, what we do not like to see his co-founders that aren’t operational in the business.

Co-Founder Should Be Operational In The Business

So we don’t like to see angels that help you get started that are advisors to your company, taking too high of a stake at the very beginning. And too high in this case could mean if they take like half of what a founder gets, that’s usually too much. A good amount that an Angel can get that the early stage is something in the single-digit percentages. So that brings me to the conclusion of the second question I’m trying to answer as we’re walking down to the lake, which is how to split company interests and shares among you and your co-founders.

The short answer is, it should be more or less distributed as your responsibilities and your input is distributed. That doesn’t mean it has to be 100% equal, but we don’t like to see it completely unbalanced. Stay tuned for the next episode where I’m going to talk about how to deal with situations where there’s a conflict between you and your co-founders.

And with that have a beautiful day, stay curious and I’ll talk to you soon.

Co-Founders 1/3: Where & how to find them
Co-Founders 3/3: Effectively Resolve Conflicts Among Co-Founders

Meeting Other Young Entrepreneurs In Bali

My 90 Day Review And Preview To Stay Aligned