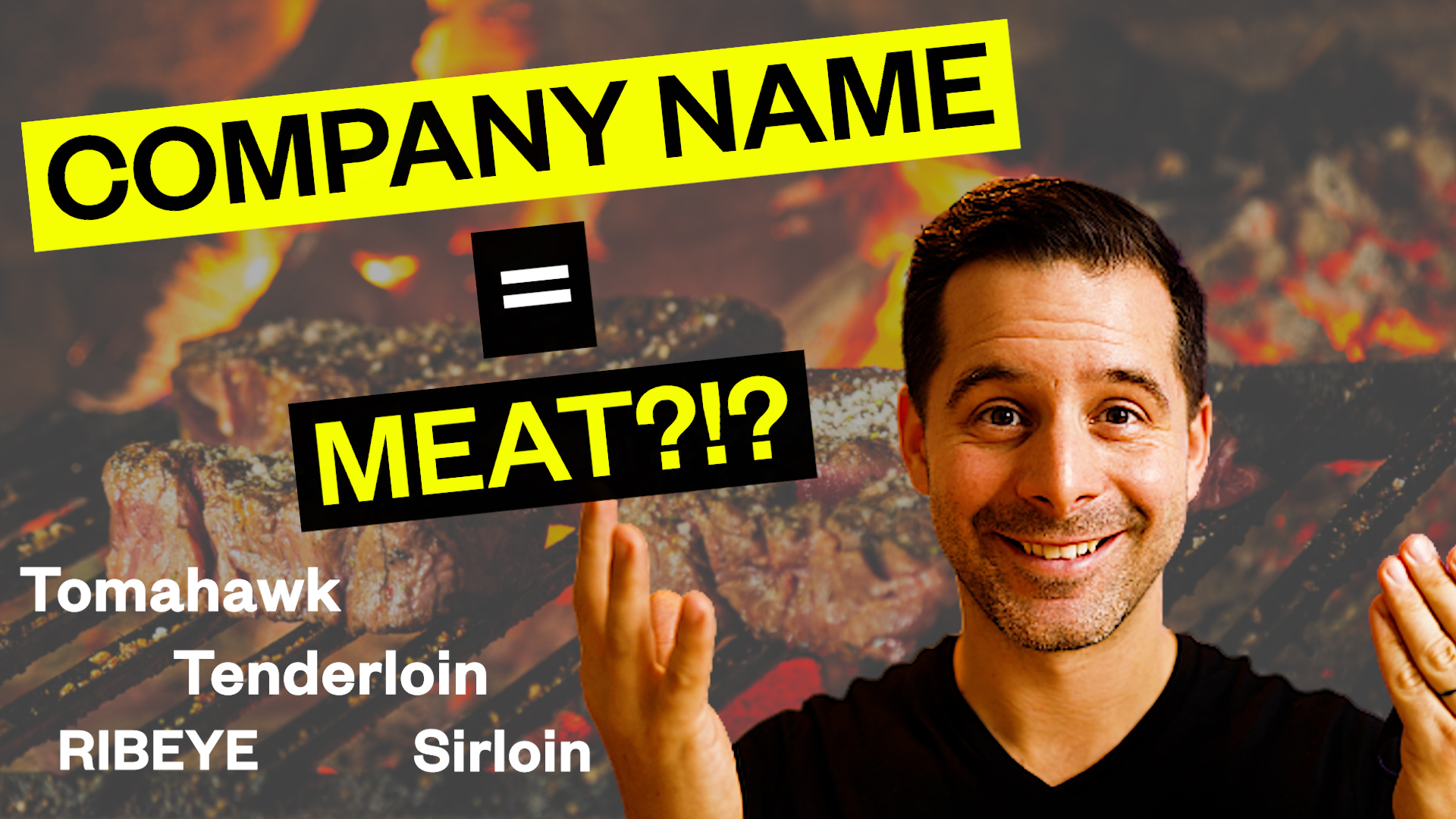 Finding a name for your startup often takes days, if not weeks or months. But how much value does the name of your company really add? And is it worth this time investment at an early stage? Check out the video to find out how I think about this. And why all my companies share the same name as a good cut of meat.

Hey, at dinner last night, a friend asked me a really good question. Why is Tomahawk.VC called Tomahawk? And there’s really two stories to it. And I’ll start with the first one, which is the official version. There’s a few things that are called Tomahawk. There’s a native Indian tribe that’s called Tomahawk, an ax, the Tomahawk missiles, there’s a cut of meat, and probably a few more things.

If you go and look it up on Wikipedia. For us, we asked ourselves, What is VC really about, Venture Capital? What are some important topics? There’s a range of terms that we came up with. Among them, we, of course, do go hunt for great companies. We also want to pick the fillet cuts of meat of all the companies that we see and invest in those and support those teams.

But there’s also a lot of experience that we want to pass on and spare our founders some battle scars. We thought that the scar was a great symbol. And so if you look at the Tomahawk logo, you’ll see the red line, which is actually a very, very abstract scar that we put in our logo. And that scar stands for the experience that we as venture capitalists, as investors, as entrepreneurs ourselves pass on to the entrepreneurs and teams that be investing. And so that’s the theme of why Tomahawk is a great name for what we do. We do hunt break companies.

But at the same time, we also share battle scars and experiences with companies that we invest in. But there’s a second story. And to be honest, that story had a big influence as well. So a few years ago, I think it was five or six years ago, when I was starting another company, the company is called Ribeye.

I realized that very often we spend days, if not weeks, thinking about our company name. And then looking at the whole value creation that you do in a business, I do agree that having a good brand and a name that you can identify is important. But it doesn’t really generate any value at the beginning. It has very little ROI. And so being an essentialist, I asked myself, what is it that that’s really important right now and what is not so important at the beginning?

If I’m just starting out as a young team and a new company, and I realized that spending so much time on a name just isn’t that important. And so I came up with a theme for all the companies that I’m going to name after this, whenever I have an influence, I’m just going to call it after a great cut of meat. I personally love steak. I don’t eat meat all the time. But when I do eat meat, I like to eat a good cut of meat and enjoy it often in a social setup, as well as just a taste of it. Every project from then on. If I’m the person that has to decide on the name, or can decide on the name, I’m just going to call it after a good cut of meat.

So I have the Ribeye, Sirloin, Tenderloin. Tenderloin was the predecessor for Tomahawk, and now Tomahawk. So there’s four companies already that I’ve named after a cut of meat. Now, of course, the project doesn’t always have to remain that. Usually, we just need a name for the legal entity. So in the case, for example of Sirloin, the company is called Sirloin AG, which is the equivalent for C Corp in Switzerland. But then the project in itself is called Sendtask.io. That also gives you a bit of flexibility. And I personally really think that at the beginning, your time is better invested than thinking about the name for too long.

There you go. That’s the two stories behind the name Tomahawk.VC. Number one, the ax, the hunting, the good piece of meat, the fillet pieces, that’s why it’s called Tomahawk. And then number two: the unofficial version. But just as the true version is that at the beginning, I just don’t think it’s that important to focus on the name. Focus on creating value for your customers, for us, for our entrepreneurs. And that’s why for the past six or seven years, every company that I started, I named after a cut of meat.

I hope this was helpful to you. As always, I hope you’re having a beautiful day. Stay curious and I’ll talk to you soon.

Can a Minimalist Have Nice Things?
Minimalism 101: How to declutter & be more organized with stuff?

How To Hire: From 800 Applicants To The Top 3 In A Few Hours

Leave Your Job – Become An Entrepreneur