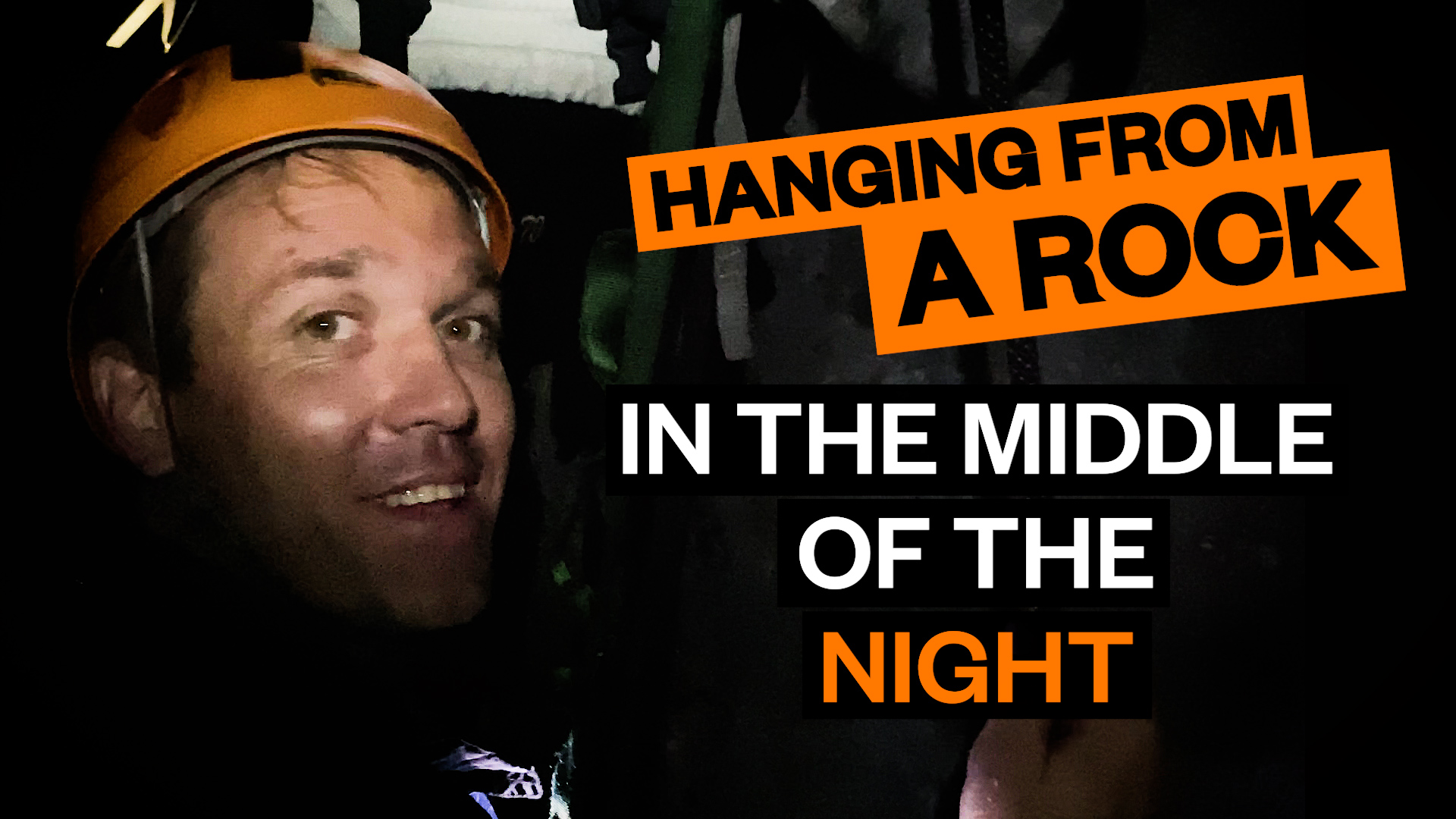 Why sleep in a comfy bed if you can sleep hanging off a mountain cliff? That’s what my friend Josh and I thought before we embarked on this two-day Portaledge adventure in Switzerland. Beautiful and frightening at the same time – this is an experience both of us won’t forget any time soon

I’m hanging from a rock! I’m pretty proud of you, though. In the middle of the night! Portaledge, yeah. Great idea, Cedric. Welcome to another episode of adventures with. Josh and Cedric. Josh, what are we up to today? Today we are going to climb a mountain. And we’re going to sleep not on the mountain, but kind of off to the side of it. Yes, something that I’ve never done, I think you haven’t either.

No, first experience. So it’s going to be a fun, fun experience today. And so and that rock band, a bit on the left-hand side, we’re going to be located. What we’re gonna do today is called a Portaledge. It’s gonna involve a bit of hiking, probably a bit of climbing, just figuring out this,
how to get comfortable for the night. And then I’m very curious to find out how long I’ll actually be able to sleep and what’s it going to be like sleeping that many meters above the ground. So we took the car all the way up here, we’re at almost 2000 meters above sea level now. Because we’ve all the material probably would have taken a day or two just to hike up here. And we’ll still have a bit to go but up there. It’s gonna be exciting, Yes. scary, but exciting.

All right. started the journey. And we’ve already opted to leave the covers down here. So it’s gonna rain at night, it’s not gonna be a pleasant night.
No risk, no fun. And we are carrying enough already. How are we doing?. Making it. Tough, but we’re getting there. It’s not over yet. So up here in the mountains, where we’re going to set up the portaledge, we just hiked up. And now our guide is going all the way to the top. And then he’s going to climb down, set up some ropes, and we’re going to learn how to set up the Portaledge on the ground. I think we’re also going to cook something and then we’re gonna basically climb up and install the Portaledge at about 30 to 40 meters above the ground. Which, judging just by how the terrain is at the end of the rock will probably look a lot higher from up there. I’m super excited to to go up there and see how it’s actually going to feel.

So that’s your personal safety carabiner at the ledge. To the top ascender.
So it moves nicely kind of along the rope. You’ve got to make sure you’re relaxing in between. Because I feel tense in my arms. Back on the ground.
This is gonna be Josh’s first time climbing. Alright, so the practice part is over. Now we’re going up Wow, quite a bit of work to get up here.
A lot more adrenaline than expected, but definitely a unique view up here.
I made it up. Quite the experience. And Josh is still on his way up.

Hey buddy. This is one of the craziest things I’ve ever done. And I have done some crazy stuff. My life. How I’m gonna sleep on this *** thing. Oh, this is crazy. Look at the view though. Yeah, just what I want to look at right now. Okay, we did it. It was a lot scarier than I initially thought it would be. The same for me. Yeah. When I was up like five or maybe 10 meters, I was like. It’s real! Definitely, not a safe situation by any means.
Josh, Cedric. So what has happened since we were up on the Portaledge? Since then we came back down and we cooked dinner and then we’re drinking tea. Well, we had dinner cooked for us. Yes, we did. Thanks to this man. Trying to take some credit for that. And what’s gonna happen the rest of the day today? Well, we’re about to climb back up the mountain and sleep on the Portaledge.

Yes. Very excited?. Yeah. Very excited to wake up in the morning on the side of a *** mountain. A true mountain man. You made it. Yeah. What the *** is wrong with us? We are lunatics, bro. Literally, me and you, especially you. Why?. Because you’re the one that thought of this crap. How did you sleep? Okay. Not the best, but it’s alright Just made it down. Now we’re gonna pack up materials and probably head down soon. We’re gonna go quickly hike up to the peak before we go down. There’s a lot more adrenaline involved than. I expected. Going up was the toughest part probably.

Then also sitting up there and I caught myself thinking I’m only attached to one hook and that’s like, what’s keeping me from falling down and that was pretty intense. Yeah. How do you sleep overall? It was. It was okay, you know. Better than expected, or?. Better than expected but I woke up a couple of times throughout the night. Yeah, me too.

Go, Josh. Hey. He survived it. Well done. I think we did. Yeah. A couple of wounds but nothing too serious.

Why & How Have I Become a Minimalist?
5 Steps to Upgrade Your Video Call Setup

Can a Minimalist Have Nice Things?

[Podcast] The “How” And “Why” Of Distributed Living

I Flew An 80-Year-Old Airplane