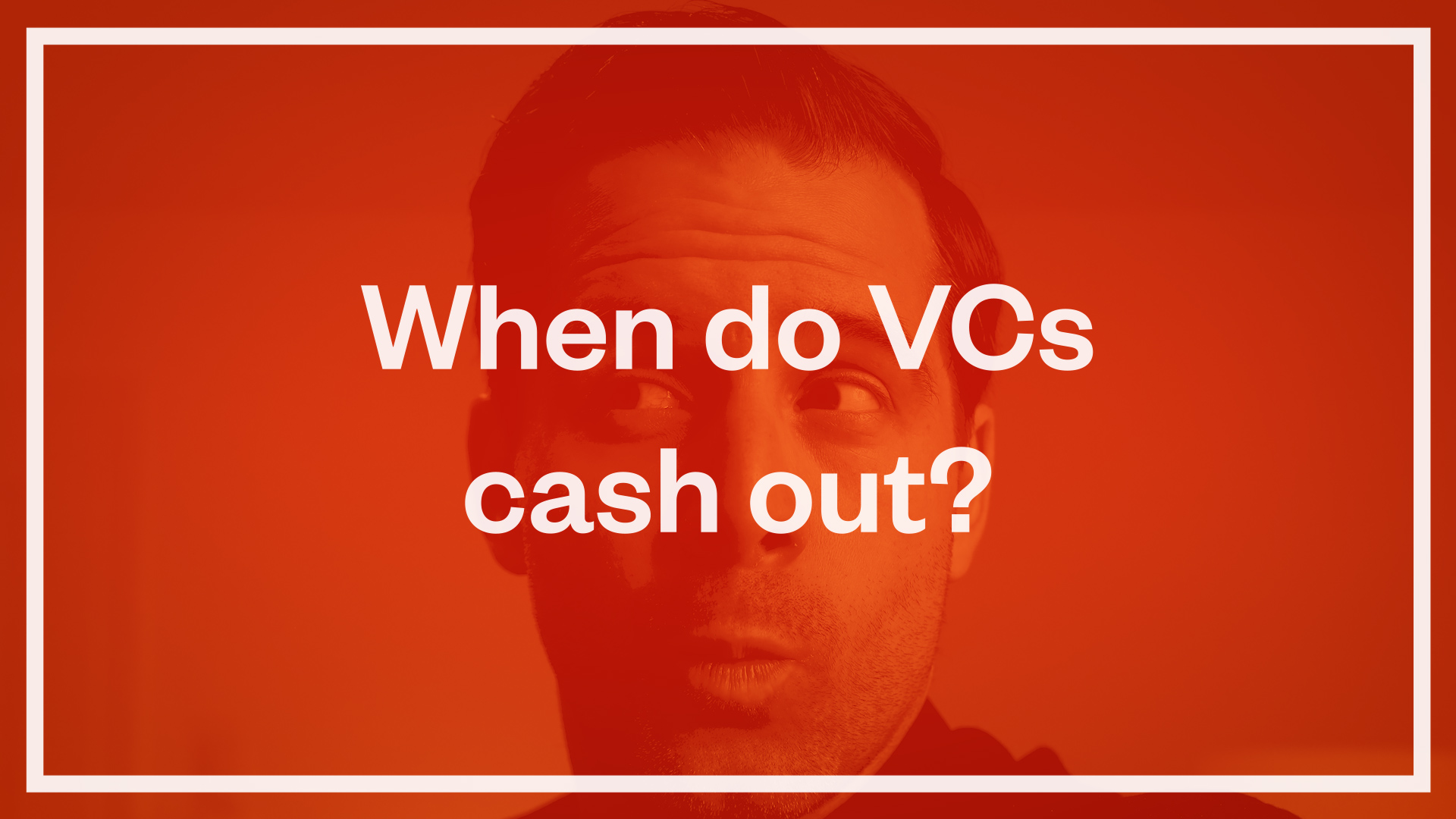 When do we expect a return from our investments?
We see our losses fairly quickly, usually within two to three years after we’ve invested. But we only see our cash returns after about eight to 10 years, almost a decade later.

Of course, there are exceptions, but in general, the rule is, you’ve got to stomach your losses in order to reap your rewards down the road.

Hey, everyone. I recently did a live stream with Swisspreneur. And there was one question that we didn’t get to during the stream that I want to pick up because I think it’s an important one. The question is, when do VCs venture capitalists see a return on their investments?

In general, I can say venture capital investments are a very long term game. And it can also be a very emotional journey. Why? Because you typically see your negative returns way before you see your positive returns. Why is that? Because typically, two to three years after the first investment is when we see the first companies fail. Failure could mean they go into bankruptcy, they’ve used up all their money and are not able to dissolve or continue the business, or it could also mean they stopped growing and they just do not become a venture case like we originally predicted. So that means we have to endure all these losses and negative returns while we still wait for our positive returns.

So back to positive returns, when do they happen? What types are there? There are accounting / book returns, and then there are cash returns. First cash and book returns, what are they? It basically means that a later investor comes in and buys new shares from the company at a higher price than what I paid originally for my shares in the company. Sometimes this might be an increase of 50%. Sometimes it might be three or four x depending on how well the company has been doing and growing. Why do I point out the difference, though, because it doesn’t necessarily mean I could now trade in my shares for cash.

Typically, a new investor that comes in wants to see their cash deployed towards the growth of the future of the company, and not towards earlier investors in the company. So even though my shares have now increased in value, I can’t really trade them in against cash anywhere.

And then there’s the second type of returns, cash returns. This means I’m able to sell my shares and get hard cash in return for it. When do those happen typically in one of two events when either company gets sold to another company, or when the company decides to go public, and the shares start to trade. Now, when does this happen? Of course, there are exceptions, but we calculate with roughly eight to 10 years, so almost a decade, on average, for each and every one of our investments until that happens.

So, in summary, we see our losses pretty quickly, usually within two to three years after we’ve invested. We see our cash returns after about eight to 10 years, almost a decade later. Of course, there are exceptions, but in general, the rule is, you’ve got to stomach your losses in order to reap your rewards down the road. I hope that was helpful and with that, have a beautiful day, stay curious, and I’ll talk to you soon.

What’s Important To Us (when we look at your startup)
Why is everything I own BLACK?

Investing in Startups during CRISIS

What Drives A Distributed Company – The Vision And Mission Statement