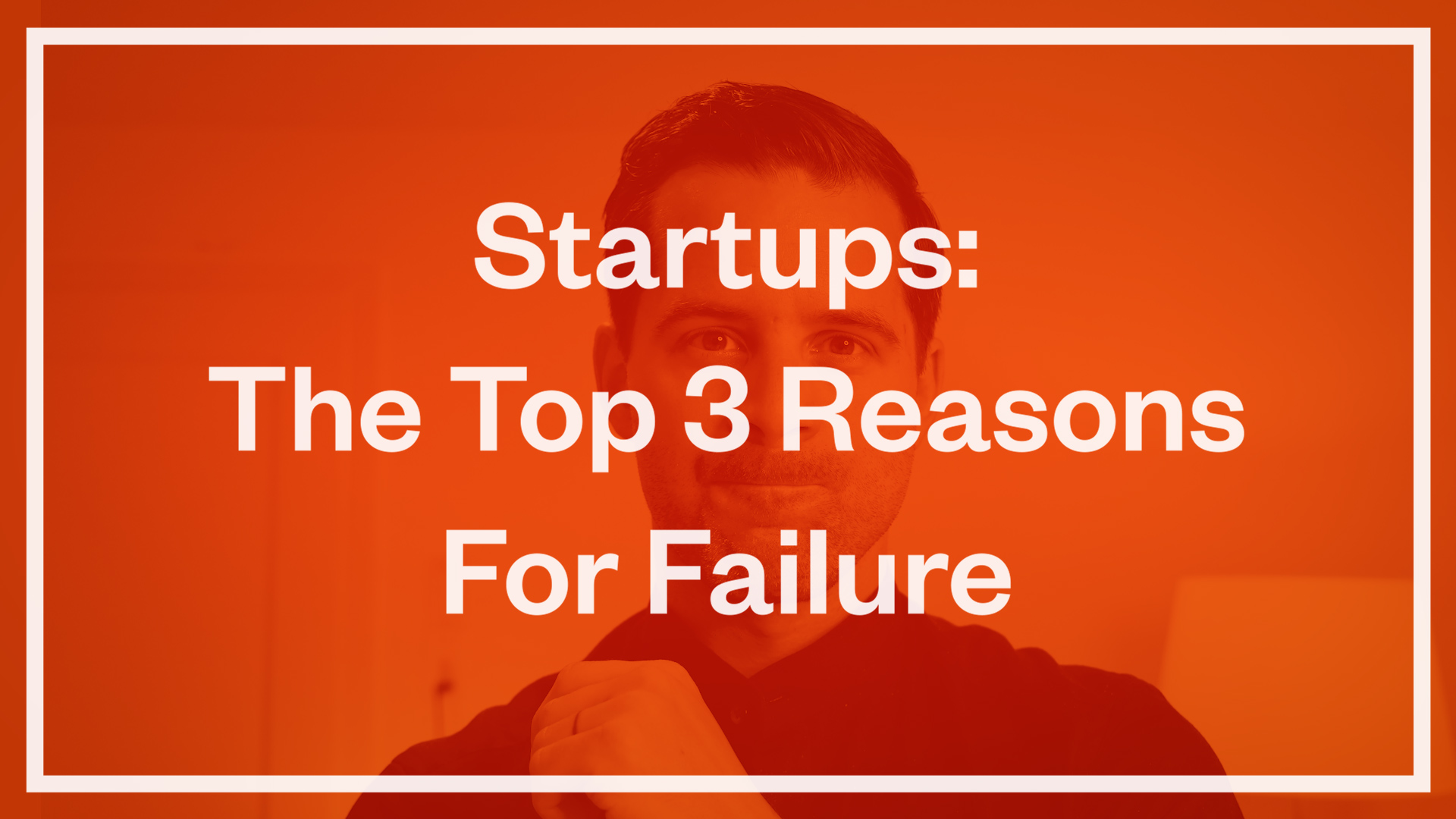 Failure is where I learn. Nevertheless – if failure can be avoided, it must. Here are the top three reasons why I see startups fail.

Today, let’s talk about failure. Why do so many startups fail? And I want to talk about the three top reasons why I’ve seen companies fail at a very early age.

Startups get too opportunistic

Number one I’ve already mentioned, which is startups get too opportunistic, and they apply their very limited resources to too many initiatives early on. They end up not making significant enough progress in order to really get to the next step. But there are two more reasons.

It is just really hard

Reason number two, I’d say, is often what startups try to do is just really hard. And it’s just sometimes doesn’t work out because of timing, because technology is not there yet. Because the market is not as big as expected, and probably a few more reasons. But that’s also the fun part of doing a startup. If you already knew all the answers to how big the market is really going to be in how you’re going to get your customers and how this technology is really going to work. Then there wouldn’t be as much fun in building a startup and trying to solve these really big problems for all of us.

The third reason clearly is the team. Starting a company with someone else is like getting into a marriage. In fact, you’re probably going to spend more time with your co-founder, at least for a certain period of time, then you are going to spend with anyone else in your life, there’s going to be all kinds of emotional dynamics, economic developments, and just reality that’s going to hit you sooner or later. And what I often see is that startup founders don’t treat it as if they weren’t getting married, they get together with a co-founder, purely based on skill and not based on attitude and personality. And over time, those misalignments just show, and the company eventually blows up, unfortunately.

Solve some really hard problems or challenge together

The number one thing I tell founders before they start a company together is to at least go on a vacation together or solve some really hard problems or challenge together. That could be: prepare for a marathon and running together or some sort of more intellectual challenge, but just test your relationship under stress. One thing that I always like doing is going into escape rooms. And that’s kind of a light version that’s super easy to do on an afternoon.

So that’s it. The top three reasons why startups fail from my perspective, is number one; they’re too opportunistic. Number two, the problems are just too hard and too big to be solved. And then number three: team, there’s a certain mismatch between personalities.

And with that, stay curious, and I’ll talk to you soon.

Tomahawk.VC: The companies we look for
Geography: Where do I invest?

[Video] The Value Of Experiments