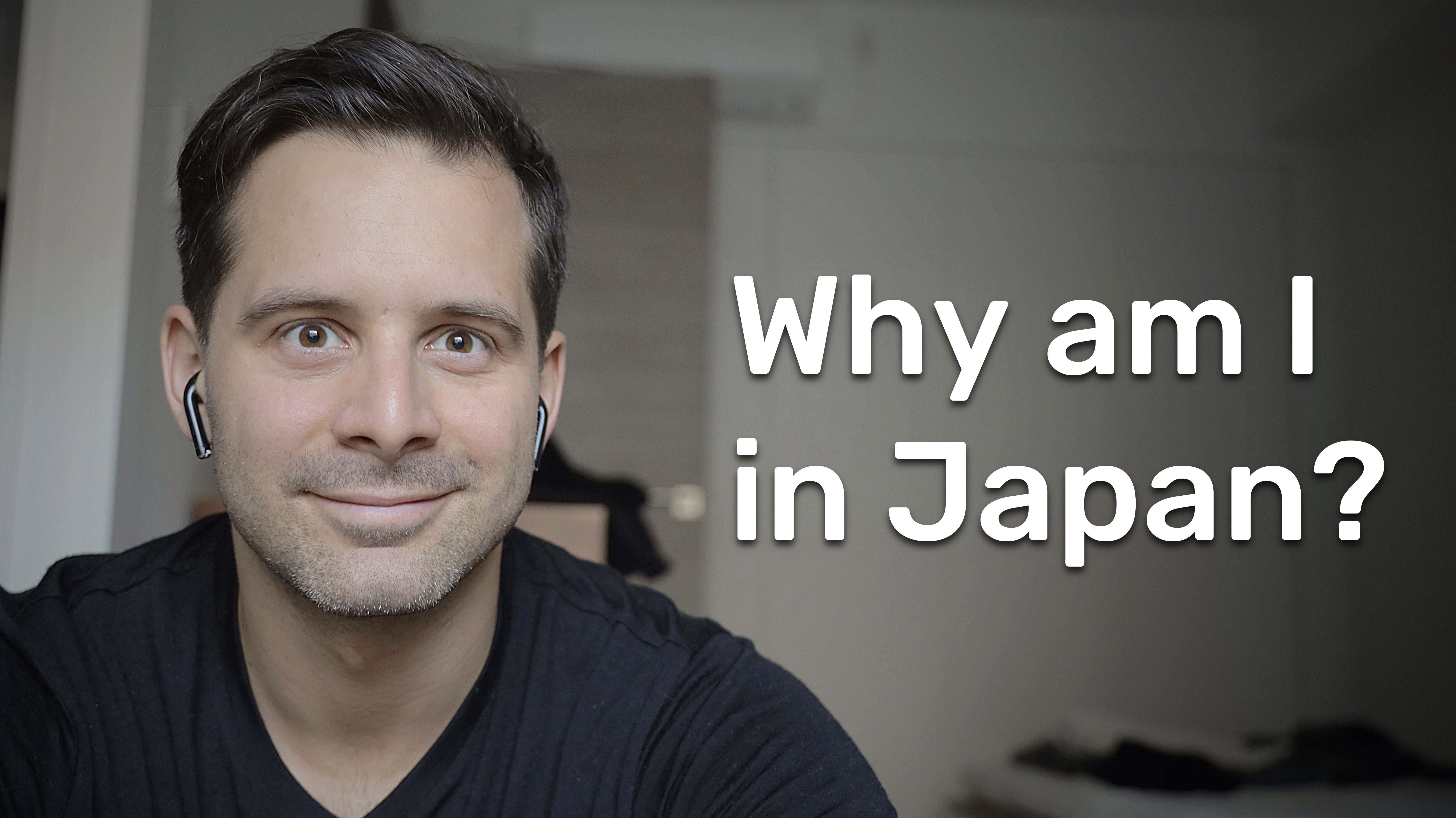 Some of you asked me why I am in Japan 🇯🇵. Here our my thoughts on the benefits in staying in Japan and how minimalism 💼 is applied here.

Hey everyone! I’m towards the end of my second week in Japan and I just wanted to give you a quick update on what I’ve been experiencing especially when it comes to minimalism. But before I jump into this I wanted to answer a question that I’ve gotten quite often which is, “Why am I in Japan for so long?”.

Why am I in Japan?

For one it’s not purely business. I should even say, the least of it is business. Japan being here has a number of benefits which I’ll go right into in a second, but then also there’s a second component, I have a friend that usually lives here in this apartment in Shibuya Tokyo and he wanted to come to Switzerland for a while so we decided to just house swap or apartment swap I should say. He’s currently one of our 64 guests and living in our apartment in Switzerland and then Elena and I got to come here and work from here for a bit.

Why Japan though? Well first I’m working on a new project and so, it’s been kind of handy to have a month where I can spend a lot of time thinking and researching and writing and putting things together and connecting thoughts and I can do that from anywhere so I figured why not go somewhere where I’m constantly inspired by the environment. There’s so many new things new technologies new cultural things new foods to discover so it’s in general a very inspiring place for me plus I haven’t really spent that much time in Japan in the past so I wanted to come here and really experience the culture.

So those are some of the benefits and then also Japan is 7 hours ahead of CET meaning by the time the people in Europe wake up, which are the people I most often do business with and have calls with write emails to, I’ve already had seven hours of uninterrupted time being here in Japan. So those in short are the reasons why we decided to come here for once, not very business driven. Purely from a personal drove and just an inspirational point we wanted to be somewhere where we get inspired by our surroundings plus it’s kind of convenient to work from here given that no one disturbs you in your morning hours.

So what are my thoughts on minimalism and Japan? The two terms are very often connected not the least because of Marie Kondo. Marie Kondo is a now famous Japanese who wrote the book about “The Art of Tidying Up” where she describes how she thinks about clutter and reducing it and then she’s also launched a show on Netflix this past January I think it was, which was super popular. I’ve even heard that some charities that you can donate your clothes to had to put out a warning to stop because they couldn’t handle the amount of clothing they would receive. So, it seems she really struck a nerve with that show.

What is my thought? I think it’s really quite fun being here and obviously being super aware of what minimalism means and how people live it, not the least the apartments here are just smaller than what we’re used to an in Switzerland or in general I’d say in the US and in Europe while I’ve lived in other very expensive city where the square foot per square meter is extremely expensive like in New York or San Francisco or Palo Alto, I would say Japan is something else in terms of a shoebox apartment. So the apartment that we are staying in of my friend Maciej whois currently in Switzerland is about 40 square meters which is one of the bigger and more spacious apartments. Here, 40 square meters means you have a bedroom you have a bathroom and we have a small little kitchen on the side there but there’s not a lot of room to leave clutter around, which is nice.

And then I’m seeing all these details of how people deal with the fact that there’s not so much space and in that sense minimalism is kind of ingrained in their everyday life. For example, in the shower here the shower doubles also as a dry room for your laundry. So above the bathtub there’s some lines where you put your laundry to clean it and then you just close the door to the shower, you press a dry button and it starts drying. Plus, it probably has a lot more cool features but unfortunately, it all looks super futuristic, but all the panels are in Japanese and every time I press the button just heard some Japanese and couldn’t really figure what it does. Anyway, so those are some of my thoughts.

Elena and I have actually been thinking of how can we incorporate that in our apartment if we go back to Switzerland. We like the fact that very often here in a traditional restaurant you will not have chairs, you would sit on the floor and just eat on a very low table. Also I like the fact that chopsticks are kind of universal you can do a lot with just chopsticks so that reduces the need for spoons and forks and big spoons and small spoon sand knives and so on and so forth, but obviously chopsticks might not be the right tool for all kinds of foods that you’re going to eat.

All right! I already see that I’m late for a call it’s about 6:30 p.m. here and I have to jump on a call. Just wanted to give you a quick update and with that, hope to see you soon!

Giving A Presentation About DFINITY