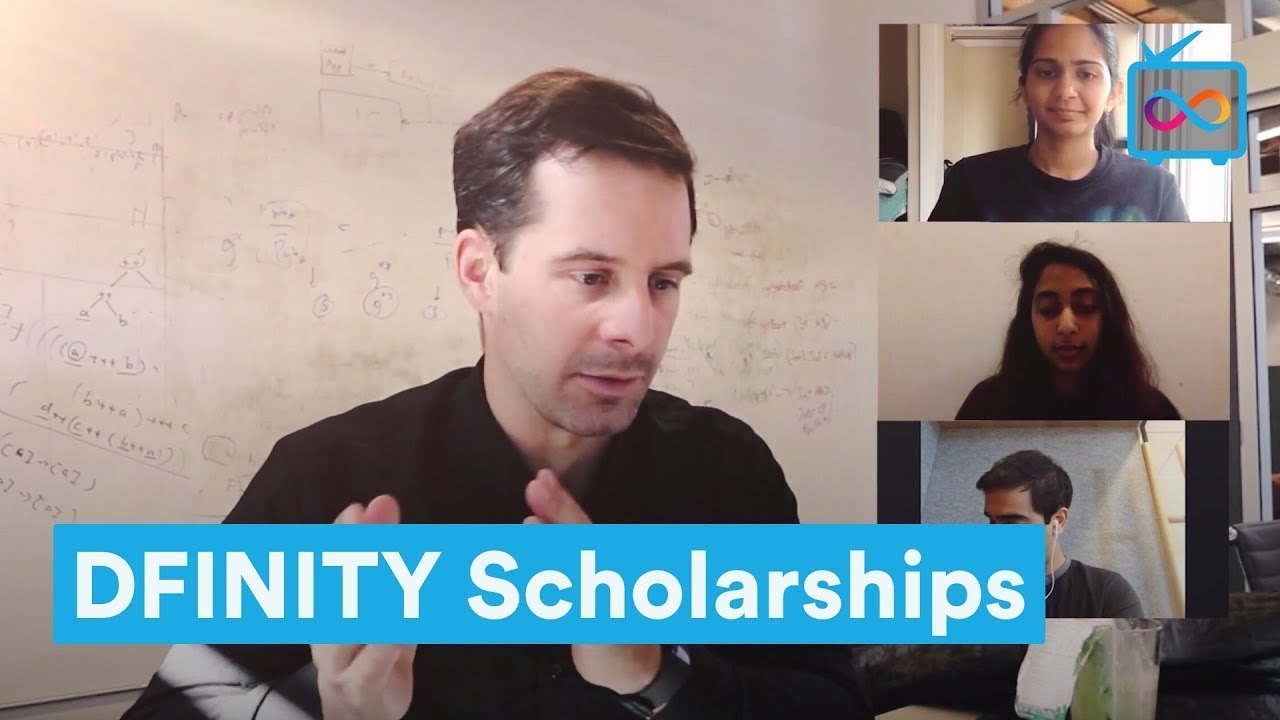 DFINITY offers Scholarships to individual researchers or groups that work on topics that are related to DFINITY’s technology. I’ve talked to all three winners of the current scholarship program in the fall of 2018. Please join our conversation to find out what they are working on, how they first heard about the program and who they are!

P.S. Don’t forget to sign up to the DFINITY newsletter on dfinity.org to receive information about the 2019 Scholarship when it goes live.

Hi and welcome to another episode of Inside DFINITY. Today I’m going to have conversations with people that have just started working on our scholarship program or have finished it in the past.

Cédric: Maybe we could start by you giving a quick intro and telling us who you are, where you are right now, and what it is that you do.

Soleet: I’m Soleet, I’m a PhD student at MIT. I’m very happy to be a part of DFINITY scholarship. I am in CSAIL, part of the theory group of the EECS Department. My advisor is Shafi Goldwasser, and my research is mainly on cryptography.

Goran: My name is Goran Žužić. I am a PhD student at Carnegie Mellon University. I am advised by a professor Bernhard Haeupler. I work in the theory of distributed computing. We’ll talk a little bit more about that later. I was born and raised in Croatia. I lived there all my life and I came here three years to Carnegie Mellon. That’s in Pittsburgh. I am working on distributed computing ever since and it’s being doing great.

Aparna: My name is Aparna. I’m currently a Thiel Fellow.

I’m currently studying Electrical Engineering and computer science at UC Berkeley, founded She(256) with a couple other people here at Berkeley, which is an organisation to increase diversity and break down barriers to entry in the blockchain space.

Cédric: It sounds awesome. And what are some of the topics that you work on?

Now you want to keep this nice and decentralized that I’m sure DFINITY wants to do. So nobody knows the entire network in the beginning and knows how to communicate this network information, they need to figure out what is the best way to communicate between themselves, to propagate this network information and actually be able to compute the shortest path or some other property at the end.

Soleet: And my research title is doing secure MPC (multi-party computation) when not all the players are online all the time.

Aparna: Right now we’re a host of different experiments; we’re primarily focusing on three kinds of different innovations. The first is making it easy for new researchers to understand all the knowledge that exists in this space through different survey of knowledge papers. The second experiment is basically focused on how you can create a scalable peer review process. The third experiment that we’re focusing on is a lot of exploration on the incentive design in blockchain space.

Aparna: I guess we were really lucky in the sense that we had been working with Mahnush Movahedi for a while on our earlier paper. Mahnush is a great mentor, she was super encouraging and she would always point us towards different opportunities or places that we should consider publishing our paper, or people we should talk to. She mentioned DFINITY scholarship program and she was like, “You, guys should definitely apply.” I think the next steps for us was to figure out what we wanted to keep working on, been working out and narrowing down the scope of what we wanted to do.

Soleet: I heard it from my advisor and she talked to me about it and then I looked online and I read in the blogs and the places in the Internet and saw even a few YouTube videos.

Goran: Well, given the cutting edge work that DFINITY wants to do, it makes sense for DFINITY researchers to work with academic researchers. So one of your senior research scientists, Mahnush Movahedi was collaborating with my advisor, Professor Haeupler, who is one of the top guys in the theory of distributed computing. So he was familiar with the company and the work you do, and once DFINITY announced their scholarship program, she pointed it out for me. I got interested and I read up on it, I figured out that my work actually could be helpful and I applied. I wrote the proposal and applied.

Cédric: Great. What was the proposal about? What do you do research on for DFINITY?

Soleet: We thought about two projects. One I think we thought it is much more, and that’s how to do the sleepy MPC and using the blockchain. It’s a joint work also. It’s not a work yet, it’s a project together also with Yael Kalai, she’s in Microsoft Research. We are thinking about how we can do a multi-party computation using the blockchain; that it’s a new technology but now maybe the number of players can be different in each step of the computation. The numbers of players are not fixed in advance, honest players cannot have to be online all the time and how we can do computation in a secure and private way in this setting that is more realistic in the world we are living today.

Goran: It’s this fundamental question on like a distributed network, best way to synchronize parts of the network, best way to solve some global problems on it. Another types of global problems except the shortest path will be let’s say if you want to compute the minimum spanning tree, or you want to find the minimum cut. So like how many computers or links with an adversary need to kick out in order to disable the network. So the question is how you would compute such things or maybe another way to see the work that I’m doing.

These days when you have all the CPUs in a computer, there are so many CPUs that you can imagine it as being a distributed network. So how would these CPUs need to communicate with each other in order to propagate information the best way to synchronize between each other, makes some barrier or a part-wise barrier synchronization?

Soleet: DFINITY scholarship is primarily focused on the incentives experiment. So, talking about proof-of-stake as we went through the meta-analysis that we’ve already done with Mahnush on different alternative consensus systems, the glaring missing variable in the field was that none of these had reward systems. Proof-of-stake is fundamentally based on the reward system of the network because it’s about putting coins and believing that as a result of the incentives people are going to act honestly and they’re going to be good validators in the system. And so we saw time and time again, as we looked at different protocols, they would leave this variable out and so that’s something kind of looking into how you can build optimal incentives in proof-of-stake is something that we find really interesting and so we are working on that very hard.

Cédric: Very cool guys. Anything else you would to add or say to someone who might be watching this video and informing themselves about DFINITY scholarship program or mechanism labs?

I would say, definitely apply! I think that it’s a good learning process. DFINITY team is great; they’ve been really helpful in helping us. Mahnush has been a great mentor to us. I think that this is a great opportunity and you should definitely apply if you’re interested in research in blockchain.

Cédric: Cool. Exciting time and I’m looking forward to check-in later and see what you’ve discovered along the way.

What are the innovations of DFINITY?

The People of DFINITY: Enzo HAUSSECKER