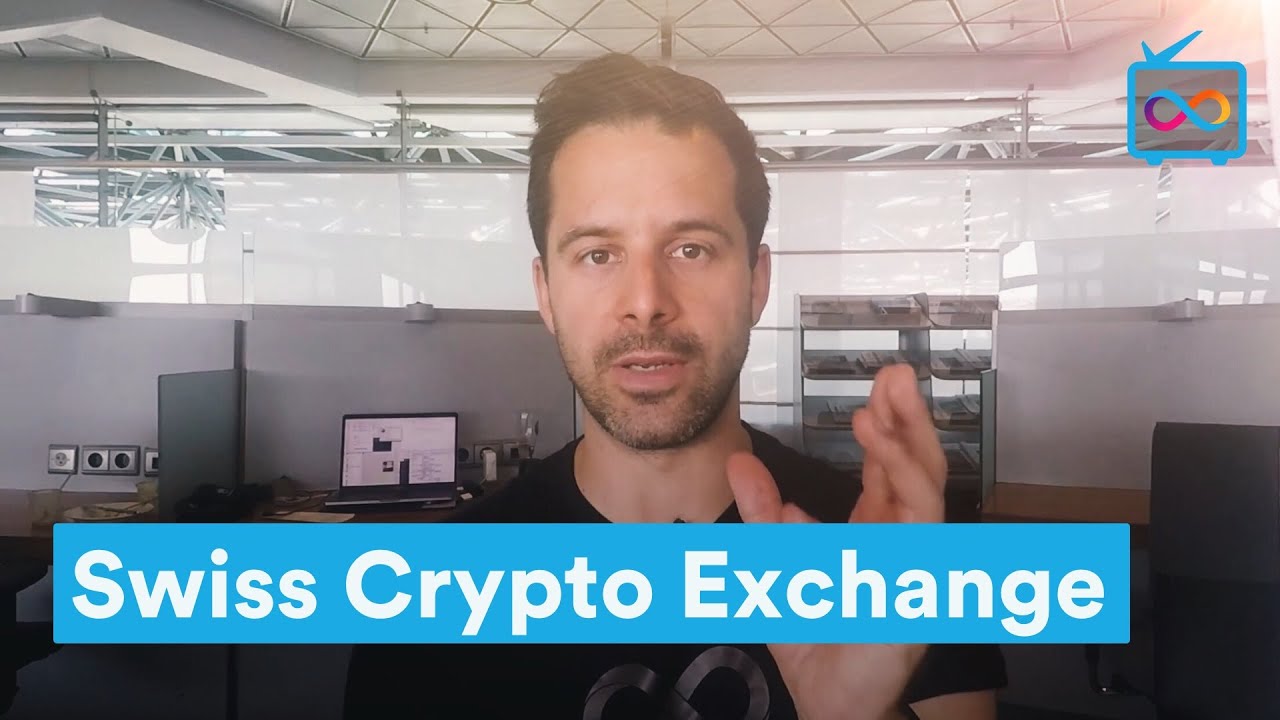 Last week I did a call with SCX (Swiss Crypto Exchange). We did that call as a part of Nextblock, which is a crypto community that I started almost 2 years ago. SCX is interesting as they are setting up a fully regulated crypto exchange in Switzerland. Dive in to learn more about regulated and distributed crypto exchanges and why they are important.

Hey guys. I’m at Berlin Airport and while I’m waiting for my flight I finally have an opportunity to talk about some of the amazing projects that I’ve seen within the last few weeks. Last week I did a call with SCX (Swiss Crypto Exchange). We did that call as a part of Nextblock. Nextblock is a crypto community that I started about one and a half or almost two years ago now. SCX is interesting because they are setting up a fully regulated crypto exchange in Switzerland. Both their founders – Cyrill and Kevin – are the members of Nextblock (nextblock.io). So, we decided to host a call and talk about what they’ve learned in their journey so far.

Why is this important? Why does this fit into Inside DFINITY? Well, exchanges are an important part of the current ecosystem. If you cannot exchange token for either fiat or another token that might be more liquid, or what might be one that you can use as a utility or security token somewhere in your life, then it’s very hard to give any utility to that token or to use that token. So, exchanges typically fulfill that promise: they allow you to exchange one token against other means of payment or value.

And, second, I think, there are a lot of scandals out there that are in relation to exchanges. The Swiss Crypto Exchange tries to go a very regulated way, which, I think, is only healthy for the space; especially when we’ve seen what happened when exchanges did not pay enough attention to do things by the book. People that hurt and lost a lot of their money. That’s why I think it’s an interesting project.

Let’s jump in and ask them, “What is Swiss Crypto Exchange?”

Basically SCX stands for Swiss Crypto Exchange. As we mentioned before, we’re coming from usually the traditional finance environment here in Zurich, but also from the tech side. So, most of the team is pretty young and has a big tech background, but we also have some very experienced business guys who’ve been in the finance sector in the heart of Zurich for a long time. We also launched a decentralized exchange because we love the idea of a decentralized marketplace; but just yet, it’s just not user-friendly enough in our opinion.

We wanted to basically work on the decentralized whilst making everybody available to the centralized exchange, which will be launched – we’ll be accepting soon the first users on it. And basically to show that the UX is the most important part in this aspect. We want to curate the products very carefully but also the UX for the users; because most of the people that we see here and the people that we want to approach, just don’t know how to handle a decentralized exchange.

Why be Based in Switzerland?

Basically, in Switzerland we have a seal for, let’s say perfect; let’s say for perfectionism that we want to have here. So, everything that we try to do here should follow according to all the regulations and make it as easy for the end-user as possible to trade, to do everything that he did before but just in a different framework and with a lot more security for the end-investor.

Another topic that we talked about was, “What are some key differences between regulated versus unregulated crypto exchanges?

Probably, one of the most prominent things will be that listing fees are public and always the same; so they don’t change. In crypto exchanges, you usually have variating fees of how much it costs to list your product on there. And this is due to the fact if they want to see some potential in it or not; and on traditional regulated exchanges, it’s always the same price for all the companies they want to be listed. It just depends on the services that you would like to acquire from the exchange. And, then, you will be monitored.

And they also had a few remarks on Security versus Utility Tokens. Here’s what they have to say about those type of categories of tokens.

“Basically, the beginning of the year should be possible to list security tokens. Right now, as you know, if you list securities in Switzerland they’re called Buck Effecten, which is basically another – just it’s a process of putting a couple of digital or even physical shares into your book and then letting it trade be amongst all of the users of your platform or of your service.

And for the utility tokens, the same thing applies – whenever you wanted to use it in an exchange business and use it in a centralized exchange, you need to create such like representations of this digital value which, then can be traded amongst each other. But we always want to make the possibility. It’ll be the first actually security exchange where there is the possibility to have Buck Effecten, as we call them in Switzerland, and which are withdrawable from your account.

So, usually when you have shares, you cannot withdraw them. There’s rarely a person, which goes to any of the banks in business and says, “I would like to withdraw my shares.” It’s usually chosen from deposit to deposit. This one will actually be the first one that will be able to withdraw securities and also to be classified as securities.

Listing a Token on an Exchange

To almost every ICO or crypto project, listing their token on an exchange is a critical moment. It’s when the token becomes liquid and thus a lot of the early investors are able to withdraw some money and get a payout. “ What do they think is important when considering listing your token on an exchange?”

I mean in this environment that you’re currently in, it’s obviously, it’s a lot of like Wild West Style that you have to go through to be listed on an exchange. And it’s hard to give any advice on how to do it in this environment. On our side how, how we are going to do is going to be a streamlined process, which is always the same; which will be publicly available to all the ICOs. If you follow certain guidelines and certain rules, you will be able to be listed in the end of the process.

It’s just as simple as that – if you fulfill the minimum requirements and we do the due diligence on you, we make sure that it’s not a scam or anything else – you will be able to be listed on the exchange and you will be able to have access to all the institutional partners that we have in Switzerland and all of the retail customers who are going to be using the platform. So, the very first step is the beforehand mentioned fundamentalist view.

It’s basically like a Bloomberg page that you have from your project where you get all the different information on it, all the necessary information in order for investors to make educated decisions  on the token. And once we have that on the platform or we have fulfilled it out and you have signed it with your public key that actually gives out the coin, this is very important to us that you do sign the information that you give us. And we sign it on the blockchain; so it’s never up for discussion if we did something or if the product or the project did something, it’s just on the blockchain. This was the information given at that certain moment.

Risks Associated with Listing a Token on an Exchange

So, there is always a pro and con side for this. From the utility aspect, it totally make sense to have multiple markets, like you said. If you want a Asian market, it makes sense to have it in Asia listed; if you want the European market, it makes sense to have in Europe listed. But as soon as you go into securities, different laws apply and it’s usually, it’s quite a lot of effort. That’s why not all of the small companies are publicly listed because it’s a lot of effort to comply with all the regulations about the information that you need to provide to your end-investors.

Okay, and that concludes the interview with Swiss Crypto Exchange. As I said, they’re not affiliated with DFINITY in any way. I just found it interesting to talk to a project in the space that’s working on a fully regulated crypto exchange.

And with that, thank you guys so much for listening. If you like these videos, please subscribe. And I’ll see you soon.

Geography: Where do I invest?