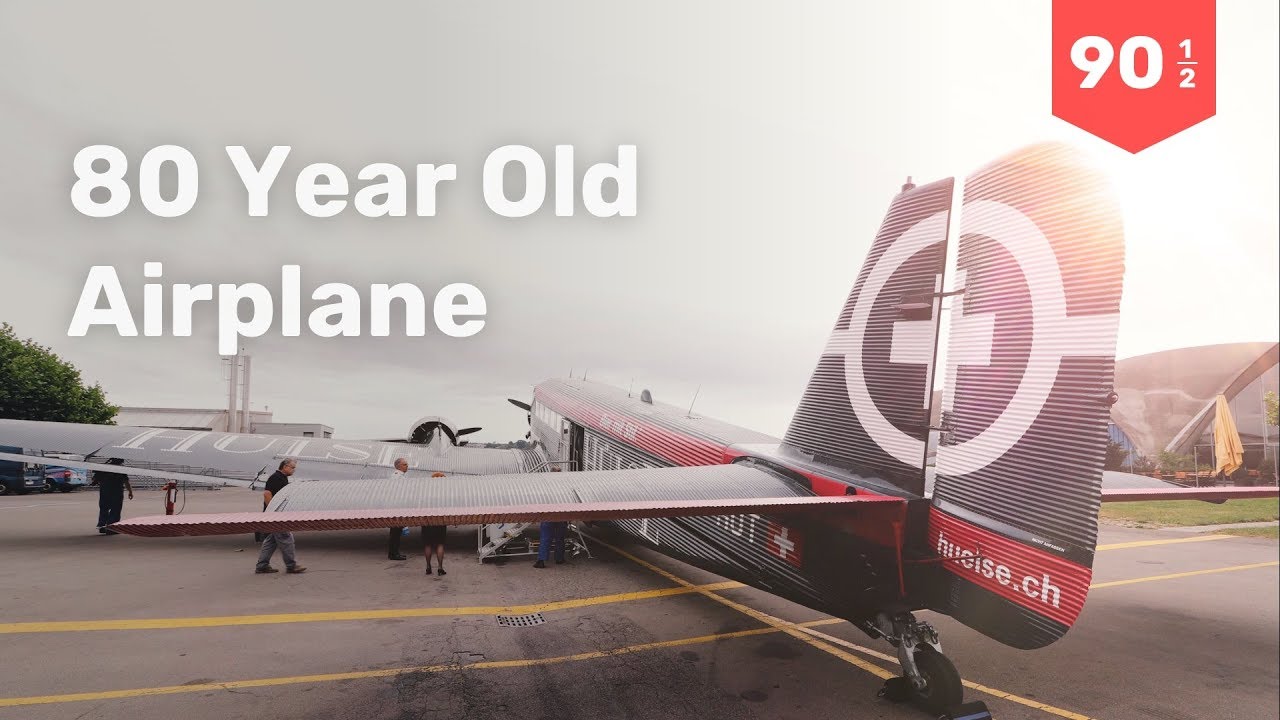 I wanna share an experience I had a few days ago when my dad and I flew an 80-year-old airplane. Conveniently, they are being maintained a few hundred meters from where I was doing Air Force service. The “Tante Ju” was bought by the Swiss Air Force and first flew in 1939 – almost 80 years ago!

It’s another morning! After not too much sleep, back to work. I’ve already had a call for the E under 30 group and now we’re back working on preparation for our Air Force stuff.

Alright. So I’m done with the official part of Air Force, for the time being, 2-day preparation course. And now I’m headed over to the airplane museum here in Dübendorf where I’ll meet my dad and we’ll go fly a very old plane – the Tante Ju. I’m looking forward to that and then it’s time to head home.

The Tante Ju is a pretty old aircraft as well. So right next to the hangar they maintain it and where we’re gonna leave from is a museum for both air defense and old military planes. And that’s what you see behind me right now. Pretty cool to see that history and reminds you of how many airplanes Switzerland used to own. Right now, we have two types of jets and a bunch of props. The jets are an F/A-18 and F5 Tiger.

For several years, the military and the Air Force have been trying to get the okay for new planes. I think they have to budget but there’s resistance from the population. It has to be seen whether or not and when we are gonna get new jets.

It’s pretty windy. It’s gonna be a pretty exciting flight, that’s the plane. They were built in 1939 so almost 80 years ago. Now we’re gonna go on board and see how it is to fly a plane that’s roughly 80 years old.

Great flight and I’m off to meet Augie

So we landed back safely in Dübendorf. This is also where I did Air Force service. Now we’re gonna head in and have a dinner.

Beautiful flight, another very cool experience that I got to share with my dad. Something I’m very grateful for.

And with that, I’m just gonna enjoy dinner and then head home. Augie has just arrived, I’m super excited to see him. After that, I’m gonna be off to bed because I’m already tired. See you tomorrow!

Air Force, Amorana And Investing In Startups
My 30th Birthday Party And The End Of The 91 Vlogging Challenge

A Programming Language That Lawyers Understand

Meeting The Team In Turkey