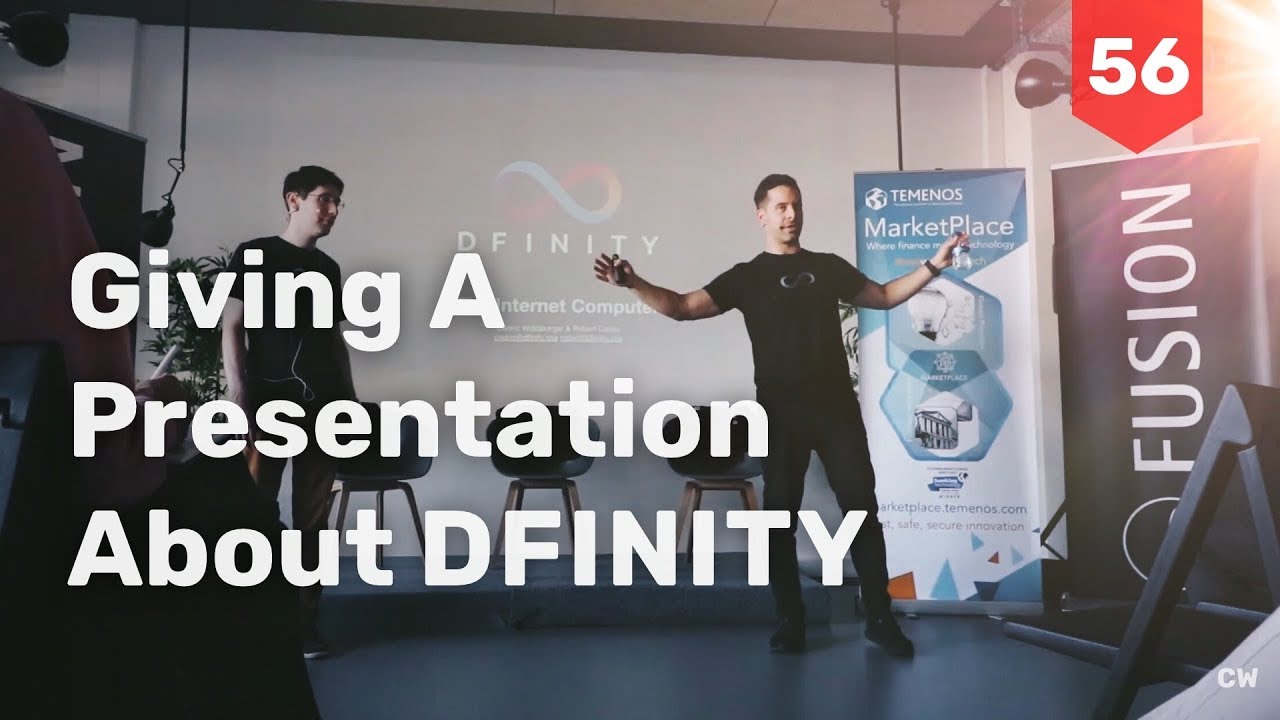 It was great to meet the team in Turkey. My next destination is Geneva in Switzerland where I will give more of an advanced presentation of DFINITY with Robert.

It’s 4:30 in the morning and we’re getting ready to go to the airport.

Turkey is one of the places where you have only certain cars on Uber. We ordered a taxi and it’s already waiting here.

The benefit of going early to the airport here is that there’s almost no traffic so it’s probably the best time to actually go. It’s such a long distance and traffic…

Just made it through the first security, now we’re going to go and check in Akos’ and Bojan’s luggage. And then hopefully will be on our way past security quickly so that we have a bit of time in the lounge to just relax and wait for our flights to board.

Interesting – so here they have these self bag drop machines where you can scan your boarding pass and then check in your bag. That’s even faster than usually web check-in with bag drop.

We’re getting to the Turkish Airlines Star Alliance Gold Lounge. I’ve actually never been here but I’ve heard many good things. So I’m excited to check it out.

It’s indeed a very nice lounge. Just had breakfast, also a good moment to catch up one on one with Bojan. And now I’m just checking when my flight is going to board and how close it is to get ready. And then I’m going to head to my gate.

I think that’s one really cool feature in this lounge. There’s a cinema with very comfortable
chairs. I guess a lot of people just use it to sleep. There’s a popcorn machine right in front of it so you can get some popcorn when you go watch your movie.

Wow, it even has a golf simulator here. Pretty fun lounge, a good place to spend your board time. Not that I will come back to just spend time here but it’s definitely one of the nicer, fun lounges. There’s also a piano back there. But I’m just looking for the restrooms and I can’t find them so I’ll keep looking.

Finally found them! This is a big lounge.

Alright, now it’s time to head to my flight.

A confusing setup at the airport

I wonder if that’s something Turkish or just something that this airport does – that they start ranges on the higher end then and you have the dash and then the lower end. If someone knows, please let me know. I guess if it wasn’t this early and I had had more sleep, probably this would not have been a big challenge for me but I literally just stood there for at least 30 seconds trying to figure out which way to go.

Alright, looks like I’m pretty much on time for boarding. Not much more to say. Looking forward to getting some sleep on this flight.

So today I’m flying to Geneva to a) meet with our team in the Jet d’Eau which is also in the French part of Switzerland and then later tonight Robert and I are giving a presentation about DFINITY at a hub or a co-working space I think called Fusion.

I do a lot of travel all over the world but I don’t actually spend that much time in the French part of Switzerland so I’m looking forward to meeting some people down there.

With that, I’m back in Switzerland. Now it’s all about getting the train quickly enough. I am headed to a company that supports us in the Jet d’Eau to talk to them about KYC. KYC stands for Know Your Customer. And what that means is when you’re selling someone a token and letting them invest in your token, you need to know certain things about them. And this company is helping us do that.

One of the biggest benefits of owning only so few things is definitely that I don’t have to wait at the luggage belt or at the baggage claim. So now it took me from when we touched down, taking a bus to the terminal and going through immigration to here – less than 12 minutes.

Look at how gorgeous this is. It’s a beautiful day. This is definitely a place where you can live. It’s also right by the lake. Very nice.

So we spent some time with Petey who is our KYC provider. A whole lot of interesting stuff about what it means to provide KYC and AML for crypto funds. And that providing sources of funding and the origin of funds can be a bit of a tricky story in crypto. Especially if you care about privacy and you’ve transferred your funds from one place to another over time.

Giving the DFINITY presentation in Geneva

So super interesting and now we’re on the way to Geneva where we are going to talk at Fusion. We’re going to give a high-level overview of DFINITY and a bit more of a deep dive by Robert on the consensus mechanism.

We’re back in Geneva. We took the tram and now we’re headed to this FinTech co-working space.

[From presentation]: Well, first of all, thank you guys for coming, we’re super excited. So that you guys know you’re talking to, my name is Cédric. We originally set up the DFINITY foundation together with our founder Dominic Williams roughly two years ago now. And Robert is our researcher in Zurich. And we’re both based out of Zurich. I travel a lot as everyone in the space.

So we’re going to be covering a whole bunch of topics – everything from vision and general architecture of DFINITY, to its governance mechanisms. And then Robert is also going to deep dive on some of our innovations.

Some thoughts on presenting the “internet computer”

We just finished our presentation of DFINITY here at Fusion. A pretty nice crowd, lots and lots of questions which is great. Maybe it helped that we handed out t-shirts for everyone who had a question. And now we’re going to have dinner with some of these guys and then probably head back to the hotel.

What I’m taking away from myself is I do want to get better at presenting this high-level topic of what the internet computer is and the possibilities and opportunities that DFINITY will offer.

I think some of it came across but one thing that I realized is I need to do my own slides. So the slides that I presented today were probably 50% inherited from stuff that we had. And it did work but it cannot work as good as if I go through the script myself and I come up a logical order of stuff.

But I think overall it’s a successful event. It was also fun. I’m looking forward to dinner now and diving deep on some of the topics that we touched like governance systems. And then that’s going to be it. And I’ll talk to you tomorrow!

Why Do We Need Blockchain Technology?