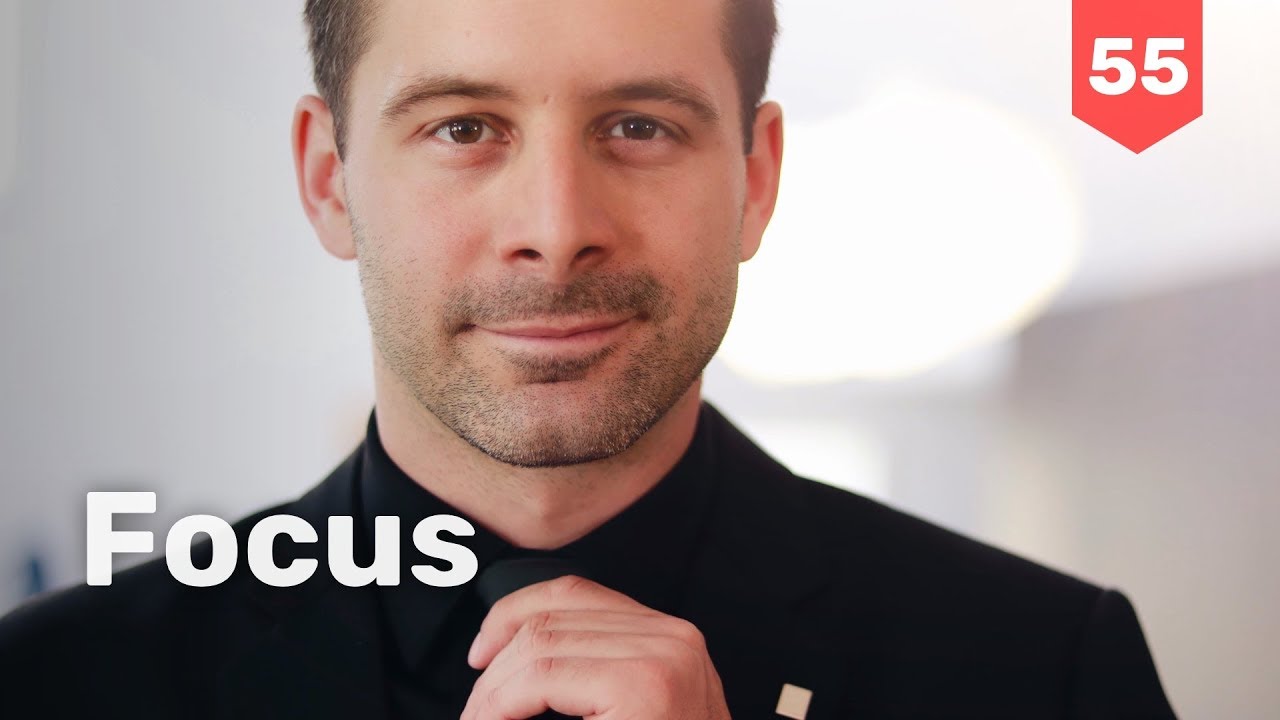 While I’m incredibly grateful for the variety of projects I get to interact with and learn from, it’s time to double down. I’ve immensely enjoyed learning from various projects in parallel but I’ve now realized that I need to minimalize the things that are on my mind.

Going forward, I’m focusing on DFINITY. A revolutionary technology that will hopefully enable us to improve many fields in our lives. We’ve assembled an incredibly smart team and I’m super excited about learning from and with them.

Hey! So today I’m in Turkey, still with part of the Sendtask team but we’re not working on Sendtask. As some of you already know, we are not going to continue the work on Sendtask as a product.

Quite a bit of an emotional journey for me to get to this point. Both for Sendtask and for all my projects as a whole. I wanted to talk about that for a bit and share my thinking along the way. But also especially in the situation we’re in right now.

How I got into startups and investing

Way back when I started dabbling in the startup ecosystem, I was fascinated immediately with bringing technology to the masses and making people’s lives easier if technology. This started when we started developing websites and brandings back in 2002 when Fabian and I started Mediasign. And it always it continued – this fire inside of me grew over the years as I worked on SumUp and Pierre Georges and ThinkSpeech and various other companies along the way.

Then in 2014, I got this opportunity to not only be a start-up founder and work on startups actively day-by-day but also learning from different projects at the same time. So Fabian and I created Tenderloin Ventures together which essentially had the idea to combine the work idea and work type of a business angel, which is very hands-on and tries to contribute a lot of value to companies, be very active in this first stage of the company’s lifecycle, with a bit bigger tickets that usually will be written by smaller VCs. Typically we invested up to 500,000 Swiss francs per company and we did that into nine companies so far.

I loved this opportunity because it gave me a way to not only learn at one project after another in series, but it allowed me to work on different companies in parallel. It was a period in my life where I’ve learned an incredible amount of stuff in very short time.

But towards the end of the three years when we invested in those nine companies, I also realized that my learning curve started to flatten and the itch became too big to jump back in the startup game and become a founder myself.

How Sendtask came to be

And at that point, I decided to join three very young startups or found them. One of them you definitely know, it’s called Sendtask – productivity app. And it emerged from my personal need to have a tool where I could manage 360 degrees of my life. Because I have been involved with so many different projects at the same time, it was incredibly and increasingly difficult for me to set priorities right.

So I’d be getting some tasks in Asana, some in Trello, some via email and then a third or fourth set on a personal post-it. So there was no way for me to really get an overview of what are the things that I have to accomplish today. And that’s how the idea of Sendtask was born.

Originally, it was just something that I wanted to get my hands dirty and programming again so I started working on a prototype. Then, I was joined by Akos, our lead developer about two years ago now and we started working on the first iteration. And then over time, we saw that it picked up some traction and we wanted to bring in a full team. We raised some money a year ago now and we’ve been growing that user base for the past year.

The second project that I got involved with is called Glimpse. Glimpse’s vision is to become Google Analytics for offline businesses, especially in the bar and restaurant section. You have to imagine if you’re a bar owner or operator in the US, typically you’d lose between 10 and 25% of your revenues just because bartenders pocket the money.

Now that’s a huge problem, that’s a huge number. And because it’s such a huge number, there are also various solutions in the market. Solutions that put a balance or weight scale under each and every bottle so they can measure whenever the bottle is picked up and put back. There are solutions where companies send people to your bar just to watch your staff and find out who’s doing what. And then a third solution, a bit more simple, is add drink-ons but those only work for sodas.

Now what we’ve seen is that bartenders are incredibly creative when it comes to circumventing these systems. So much that we’ve even seen people bring their own bottles, keep it in the back of their pants and then use it to pour drinks that they don’t want to ring up.

So there had to be a simpler solution. What Glimpse does is we take security cameras that we put in the ceiling that can cover the bar area. So whenever you have a bottle that goes from one end of the bar to the other end of the bar, we see those camera images and we’ve trained software to automatically recognize these transactions.

Why is DFINITY so promising?

And third last but not least is DFINITY. DFINITY is an incredibly ambitious and interesting project. What it tries to do is many things. Among them, it brings a new consensus mechanism to the world.

Now if you’ve dabbled in blockchain technology, you know that consensus is kind of the bottleneck of every blockchain algorithm that’s out there right now. Bitcoin right now only creates a new block every 10 to 15 minutes. Ethereum does it between 3 and 5 minutes. Now the technology at DFINITY allows us to create a new block every few seconds. So much that after 2 to 5 seconds, typically your transaction will be final. Whereas in Bitcoin, it takes about six blocks so it could take one and a half hours.

Why is that important? Because you know the transaction actually happened and that’s very important when let’s say you’re buying a boat or even if you’re buying a coke or a coffee. You want to be sure that the person that you’re selling this to, that gives you crypto in return, will actually have spent that crypto and there’s no risk of that person spending their crypto again later on.

So long story short, my life is extremely interesting and I’m super grateful for all the people that I get to work with and all the opportunities I have to learn and grow. But ultimately, it’s time to do what I’ve done in my material life a long time ago. It’s time to reduce and focus and minimize the amount of stuff that occupies my brain. On any given month for the past few months, there’s been 15 projects that have been taking more or less of my time and I just feel it’s time to zero in on one project and fully focus on bringing one thing to full success.

And that’s going to be DFINITY. It took me a long time to think about this – which project to focus on and why – but ultimately it’s like every other decision in life. Your gut feeling usually tells you the right thing to do. In this case, I think my gut feeling is extremely strong that DFINITY has the right team and it’s in the right space and it’s the right time to make a big impact.

I think if I had to describe a vision for my life or give a KPI for how I measure success in my life, it would be how many people’s lives can I touch in a positive way. And while all of these companies and projects offer a way to scale and improve the life of many people, I think DFINITY is by far the one that leverages this the most where I’m able to touch millions of lives by providing the world with decentralized infrastructure.

And I think that’s extremely valuable for many areas of our lives. First, of course, the financial industry and economy because we all want to be in charge of our money. We don’t want to trust someone else to either keep it for us or lose it for us in the worst case.

But then also other areas like identity and education. I think we’ll see a big revolution over the next few years because they will profit from a more transparent infrastructure.

And last but not least, I’m going back to this thought experiment over and over again of what do you mean to create a new country on the blockchain. I think it’s just such an incredibly big and ambitious but also a natural thing to think about. If you think about it, politicians and democracy and all that – it just perfectly lends itself to all these qualities that decentralization offers. Everything should be transparent, everything should be open and we want to have as little friction and overhead as possible.

So while it’s been an emotional journey for me to let go of these projects which I think could have high leverage and a bright future, I feel very strongly that DFINITY is where I should spend my time. And I’ve brought over some of the team from Sendtask to DFINITY to fully focus and drive forward this project.

What will happen to the other projects?

A) Sendtask – we’re currently looking for someone who wants to take over and drive the Sendtask product into the future. So if you know someone or maybe you personally are interested in working on a productivity software that already is live and has hundreds of active users every day, then please reach out to me.

But even if we don’t find that, we are going to create a way for you to export your data so that there’s no hiccup in your daily work schedule. There’s already a way that’s life and we will link to the article that describes how to export your data into another task manager below this video.

So looking forward to just contributing to one project, investing a hundred percent of my energy and brainpower into this and I’m excited to see where this can lead to.

With that, it’s been a long journey for me but I’m happy that finally my gut feeling and my brain are aligned and I’ve made this decision. If you have any questions, as always, just comment below. And with that, I’ll talk to you tomorrow!

When do VCs Cash Out?