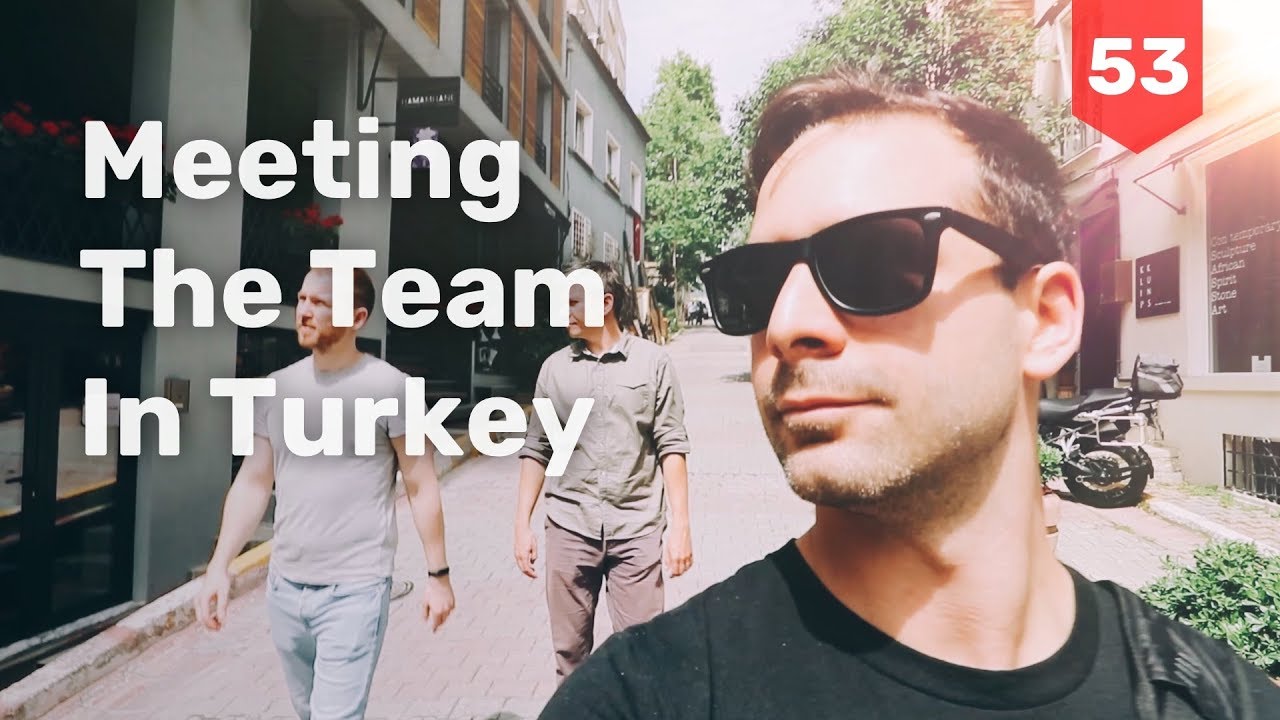 Today’s episode is about the team meeting that I arranged. We came together to discuss the future of our projects and enjoy some time together.

It’s 1:37 now and I’m just getting to our parents’ place, we have a couple hours of sleep before I have to get up again to catch my flight. Not as much sleep as I hoped I would get.

I’ve made it to the airport. I’m now going to go over to the check-in area to see if they can now give me a boarding pass with a seat.

I’m happy they gave me a seat right away. Exit row, plenty of space. Looking forward to getting to the gate. I’m glad this worked out. There was no issue with the flight being overbooked.

Alright, I just made it through immigration and I’m headed once again on the airport train. Even though the flight to Turkey is pretty short, it’s about three hours, we should go because I can go to the lounge now, relax a bit for the next 45 minutes or so before we start boarding.

Some detail that I really love here in Zurich Airport is this counter here which tells me exactly how long it’s going to take me to get on the next train. Which I think is something so valuable at airports where you spend so much time waiting. Here you have a clear idea of how many seconds it’s going to take until the train arrives and you can get on.

My flight seems to be on time and I’m headed to the gate. Pleasant surprise – they just gave me a free upgrade to business class. Sometimes things just work out. I came here thinking that they might not even have a seat for me and now I have a free upgrade so…

Landed in Turkey for our team meeting

A short little bus ride and now we’re on the way to passport control for immigration. And I should see two of the other team members right after going through customs.

I made it through passport control. I’m now officially in Turkey and I’m looking forward to meeting two of the other Sendtask guys who I think have arrived just around the time now.

We’ve checked into our Airbnb and our hosts are giving us a tour of the neighborhood pointing out nice shops and cafes.

So we just had our first kebab here in Istanbul. Pretty good food – what I like about it is that it’s always for sharing. So we just got a big plate in the middle with a bunch of stuff and then shared our meal. And now we’re walking back from this big shopping and lively street. We’re not quite sure if there’s a party going on or a protest. Let’s see.

Quite an interesting mix having these armored police cars and then friendly street artists in the background Definitely a very lively place. Very, very vibrant. I think it’s mostly friendly but I think the fact that we don’t understand what’s going on – that’s a bit of tension.

Around The World In Nine Days