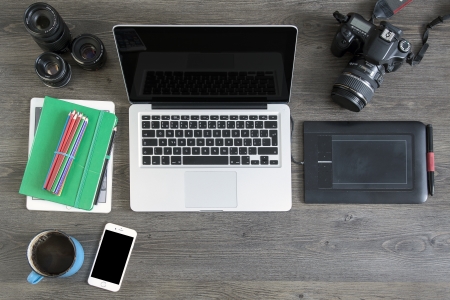 Before I’m headed to my next destination, I thought to take the time to document the process of packing the few things that I own.

Alright, it’s another morning and today we’re moving out of this gorgeous villa. This is probably the one place where I’ve stayed the longest for the past six or eight months. Not the longest in one country but definitely the longest in one place. We’ve been here for ten days. Ten days in the same place and with that it’s time to pack. And I want to use that as an opportunity to show you some of the 64 things.

When I pack, what I like to do is similar to what people do in the kitchen – “mise en place”. Meaning I’ll just bring everything to one place and I pack. Instead of running around with my packing cubes and everything.

So typically, wherever I go, I just keep all my toiletries in this toiletry kit. This time Elena had the beautiful idea that I would like things to be spread out and all over (which I don’t).

Absolutely central – black toothpaste. Delicious and what makes it black is some coal.

So all of this I count as one item – basically, the set. Because everything that I pack, I usually go through it in less than four to six weeks. The way I count my items is – whatever I use up or throw away within less than six weeks, I don’t count as a separate item.

So there are two rules:

The things that I don’t take for more than six weeks with me because they just make it too hard to count and keep track of it. But I do list it as accessories. So if you look at my spreadsheet, there’s a second column that lists the accessories.

The second bag here is my razor and my trimmer. Both count as separate items.

Alright, so next up are all electronics including camera equipment that I use for this vlog. First, we’ll start with the drone. This again is my Mavic Air which I count as one item but there’s a bunch of accessories that go with it. Most notably the charger and there’s also a bunch of extra batteries, the remote controller…

So if you look at my spreadsheet, you’ll see that there’s one item on the list called Mavic Air drone. Then you’ll see in the next column, which is called “Accessories”, you’ll see all the separate parts that go with it. And I think right now, I’m at roughly 60 items and another roughly 80 accessories. And that’s counting everything including my shoelaces.

Alright, and that’s how small all of this packs. So we have the drone. Of course, you have the black pods. I currently carry a USB-C hard drive because I know I’m going to have to exchange my laptop because the keyboard is broken. So I bought this to create a backup. Probably once I’ve switched laptops and I’ve restored the backup, I’m going to get rid of this because typically, most of the stuff that I have is up in the cloud. This is faster to get back the whole operating system with all the applications. Then I also backup up my laptop to time capsules whenever I’m at the Mediasign office in Switzerland.

Charge everything via USB

There’s a bunch of adapters and cables that I need. I’ve chosen all my equipment so that everything is chargeable via USB. So the only thing that plugs into a wall plug is the Macbook charger. This one is also USB-C. So I can plug in here one of these adapters and then I can charge normal USB or micro USB and so on and so forth to the degree where even my charger is USB-C.

All my electronics, it’s actually a big buying criterion, because then I only need to carry one adapter for these. Of course, my laptop.

Goals must be measurable

Alright, there’s one more electronics device which is this. It’s a weight scale. So now that I want to do lose some weight, I actually use this to measure my weight every morning. Because whenever I try to make an improvement, I make it measurable and then seeing that I’m improving over time is extremely motivating for me. So even though this is an extra 400 grams that I carry everywhere and an extra item, it does provide value for me. Once I’m done losing weight, I’ll probably get rid of this again.

And with that, now we’re on to packing a bit larger stuff mostly. Let’s do shoes and then next – clothing.

Now we’re back in the house. This is the walk-in closet – this place. Needless to say, we did not use even 30% of this. Here’s my main bag, we’ll have a closer look once I bring it out. This is my jacket and here are two very essential items to my packing. This one is two packing cubes my pants.

There are only a few items left now. My biceps trainer and my day bag. My mobile battery and a couple more lenses. Very essential two packing kits. One for new clothing, one for used clothing. My jacket. Here’s my amenity kit with my passport. Protein shaker and a water bottle. The pipe that my dad made for me so I can protect the microphone whenever it’s in my bag.

How it all fits together

So let’s see how this all fits together. There’s one thing I forgot which is something that Anna washed for us yesterday and I’ll go get that.

Just going to quickly fold these and then I’ll be back.

So stuff is folded. Now, this goes in here. My packing cube for the stuff that’s washed. And this is all the washed clothing that I have. Right next to it – the drone. Weight scale. On top of that goes my other packing cube which has a full beach towel. Some stuff that needs to be washed. The weight trainer and my shaver.

And this goes in next. After that, my amenity kit and toiletry kit. Shaker bottle and microphone protector on the side. And at the very top – my laptop.

And that’s it, these are the 64 things – everything I own and everything I travel with. We are now packing to drive up to Ubud where we will start the E under 30 event. E under 30 is a group of all the under 30-year-olds in EO. There’s about 12 of us coming together for a 3-day adventure sharing, learning, and fun activities.

By the way, before we leave here, just one more thing I wanted to mention. This painting here, maybe you saw it a bunch of times in the background, it took me a while to actually realize what’s on it. We even shot a more serious version of Jordan’s video where he talks about the buyer’s journey and content marketing for his website where he’s actually wearing a shirt in front of this picture. Now, look at it.

Why? And with that, we’re now leaving this gorgeous place and we’re headed to Ubud.

Meeting Other Young Entrepreneurs In Bali
The Hour Of Power: A Morning Ritual In Bali

My First Meal After a 14 Day Water-Only Fast 😋

Tips On Booking Hotels From Someone In The Airline Industry!