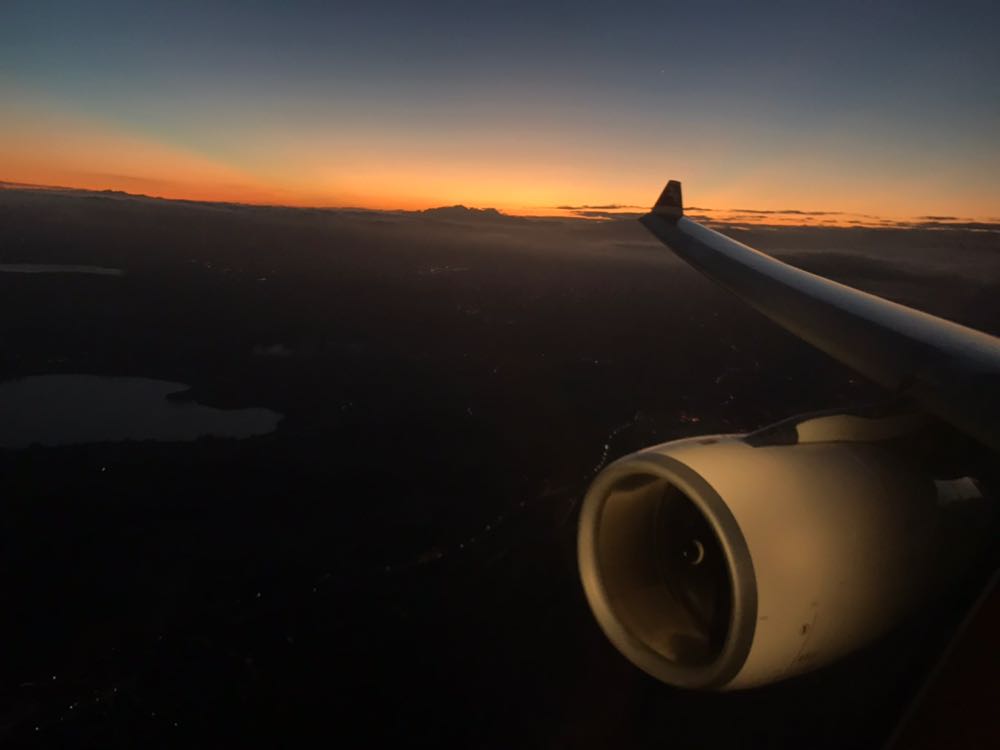 I have a tough schedule over the next few weeks.

I’m writing this post on October 29th 2017. By November 7th, I will have passed 6 time zones and traveled more than 25 000 miles – that’s the equivalent of circling the globe and then some. By November 20th, this number will have increased to over 35 000 miles.

While I’m always trying to spend as much time as possible with the companies I’m involved with, the following weeks are busier than usual for me. You might ask why I’ve concentrated so many miles in such a small time frame.

The main reason is my army duty for the Swiss Air Force – each year I spend 3 weeks in the army training and developing military skills which is obligatory by law for all men in Switzerland. This year, I’ll be there between the end of November and the middle of December. This gives me just over 3 weeks for some important personal and professional endeavors that are spread across 4 continents.

Today I’m traveling to Zürich from Hyderabad, with a brief transfer in New Delhi. I spent the last 10 days in India in order to attend two major EO conferences. Most of the time I was working and networking with other entrepreneurs, while also exploring the Indian culture. Now I feel energized and inspired by all the great people I met at these events.

I’ll spend Monday in Zürich and on Tuesday I’m flying to Mexico, with a transfer stop in Frankfurt. One of the world’s biggest crypto conferences, Devcon3, is being held in Cancún this year – a city on the Yucatán Peninsula bordering the Caribbean Sea. As we’re building DFINITY, getting to know the Ethereum ecosystem (which is the focus of Devcon3) and the forces that shape it will be crucial for some of our future steps.

Three days later, on Friday morning, I’m flying to Miami to meet Paul – the founder and CEO of Glimpse. Unfortunately, I won’t have any time to enjoy the good weather as my flight to Zürich leaves that same evening. Immediately after meeting Paul, and less than 4 hours after landing, I’ll be getting ready to cross the Atlantic Ocean once again.

While I would have loved a weekend in Miami, spending quality time with family is much higher on my list of priorities. On November 5th, we’ll celebrate my mom’s birthday in Switzerland. I’ll try to make the most out of that weekend because the fun won’t last long – my Sunday evening starts with a 13-hour flight to Singapore.

Because of the time difference, my scheduled time of arrival is 18:00h on the next day. After a 3-hour layover, I’ll be on my way to Sidney where I’ll meet Jordan – a good friend of mine and a fellow EO member. Landing in Australia on November 7th will mark a full round trip around the world with a total of 25 834 miles covered in less than 9 days.

We have many activities planned in Sidney and Perth where we’ll spend the next 10 days together. I find Jordan to be a great sparring partner when it comes to working ON your business versus IN your business. I’m planning to spend a good deal of time thinking about the “Why”, not just the “How”, behind Sendtask.

On November 18th, I’ll be flying to Hong Kong where I’ll spend a day with friends I met in 2011 when I was living there as an exchange student.

Finally, just after midnight on November 20th, I’ll be boarding my flight back to Zürich. Nearly 12 hours later I’ll step on firm ground once again, marking more than 35 000 miles covered in the span of 3 weeks. I’ll have two days to get some rest, recover from jet lag and prepare for another 3 weeks in the military.

Follow me on Instagram to see photos and updates from each of the destinations I’ll visit in the weeks ahead.